As we are entering into the fast-paced side of things in the Transfer market, It’s no secret that Salzburg’s lethal young striker Patson Daka is on the radar of many big clubs all across the continent with Liverpool, Chelsea, Leipzig, Roma, and West Ham all credited with an interest in the Zambian.

The purse strings have been tightened for a number of European elites due to pandemic which has forced them to scour deep into the market to secure potential fittings and top talents with potential.

Going by the reports, The 22-year-old is set to earn his big move to Liverpool after enjoying another fine 2020/21 campaign that blossomed a stunning tally of 34 goals and 12 assists in 42 games for the Red Bull Salzburg team that won the Austrian Bundesliga and the Austrian Cup. He was also named as Austrian Bundesliga Player of the Season after ending the campaign as the league’s top scorer bagging a whopping 27 goals in just 21 starts, 9 goals more than his closest competitor.

A very bold report from the Zambian Observer, via Teamtalk, is claiming that The Reds have reached an agreement to sign Patson Daka from Salzburg this summer and can announce him as the club’s second summer signing in the coming weeks after they confirmed the signing of Ibrahima Konate from Leipzig most recently.

Daka’s last couple of seasons have been the most fruitful ones as he shined for his club as well as for his country, has 7 goals from 22 appearances for the Zambian national team.

Taking a dive into Daka’s style of play, it’s pretty straightforward, he relies mostly on his speed, agility, and acceleration over short distances. He is also very athletic and acrobatic you can find him celebrating many of his goals with a front flip.

Much like his predecessor Haaland, Daka is very much an instinctive poacher, smart with his late runs,  pouncing on loose balls, good at one-touch or two-touch finishes you can say a real fox in the box but he’s a menace too with his athleticism and power. Standing at 183 centimeters he has decent physicality, he is a “monster of a presser” and has a burst of acceleration, he triggers all sorts of panic attacks in opposition defenses.

Having been nurtured in Salzburg’s system his anticipation and positional sense are the key attributes around which his game has been developed. He’s very clever at making those diagonal striker runs to draw defenders out and exploit half-spaces.

He’s still far from a finished article. Salzburg’s system creates a lot of high-quality chances Daka’s numbers are definitely blotted by them. His hold-up play is too a suspect or you can say an area where he may improve in the future.

He’s a bit lightweight in the sense to feed off scraps solely by himself and lacks the physicality which is of utmost requirement to adapt to the Premier League football but looking at his numbers and his ability to shift his weight to either foot to release a perfect shot, he certainly is one of the best prodigious talents out there.

Daka’s move to Liverpool makes a whole lot of sense, Liverpool at times looked very one-dimensional last season they created a whole lot of chances but were unable to put them away, and a major clog of dysfunctioning of the system was an underperforming Roberto Firmino.

Firmino was lauded for his work ethic and high pressing stats in previous seasons but that has all faded away in a very abysmal fashion. On comparing Firmino’s and Daka’s heatmaps you can quickly conclude what Liverpool lacked the whole season, that presence of a sharpshooter in and around the 6-yard box.

Daka possesses better shooting, pressing, and recoveries stats than Firmino and to add to the Brazilian’s misery his stats aren’t even close to Salzburg’s youth product. Daka’s coverage area is also more than Firmino’s.

WIS Verdict on Daka to Liverpool

Liverpool have strong links with the Red Bull foundation – having done business with them for Ibrahima Konate, Naby Keita, and Takumi Minamino, so you can’t say that these links are coming out of the blue.

Klopp certainly loves buying the players from the RB system as both clubs share the same principles and philosophies, so it’s easy for players to adapt themselves.

Daka is a perfect fit for Liverpool, the Reds eventually will look for a striker as Origi’s replacement who might be sold this summer, so getting for a young forward who is very direct and can act as a target man up front or on the wing will do them no harm.

Liverpool are a high chance creating side similar to RB, so it’ll suit Daka’s playing style. A player who can put the ball into the back of the net. Then there are also claims that Liverpool may look to sell Firmino and priced at just €20m (£17m) Daka could very well prove to be a very shrewd purchase.

Some Liverpool fans may remember him as one of the two players who scored a brace in a 2-2 draw in pre-season friendly early in the year, while Brewster has gone backward the other player has endured a remarkable season.

It’ll be interesting to follow up on this story in the coming weeks but Liverpool remains to be the most suited destination for him. 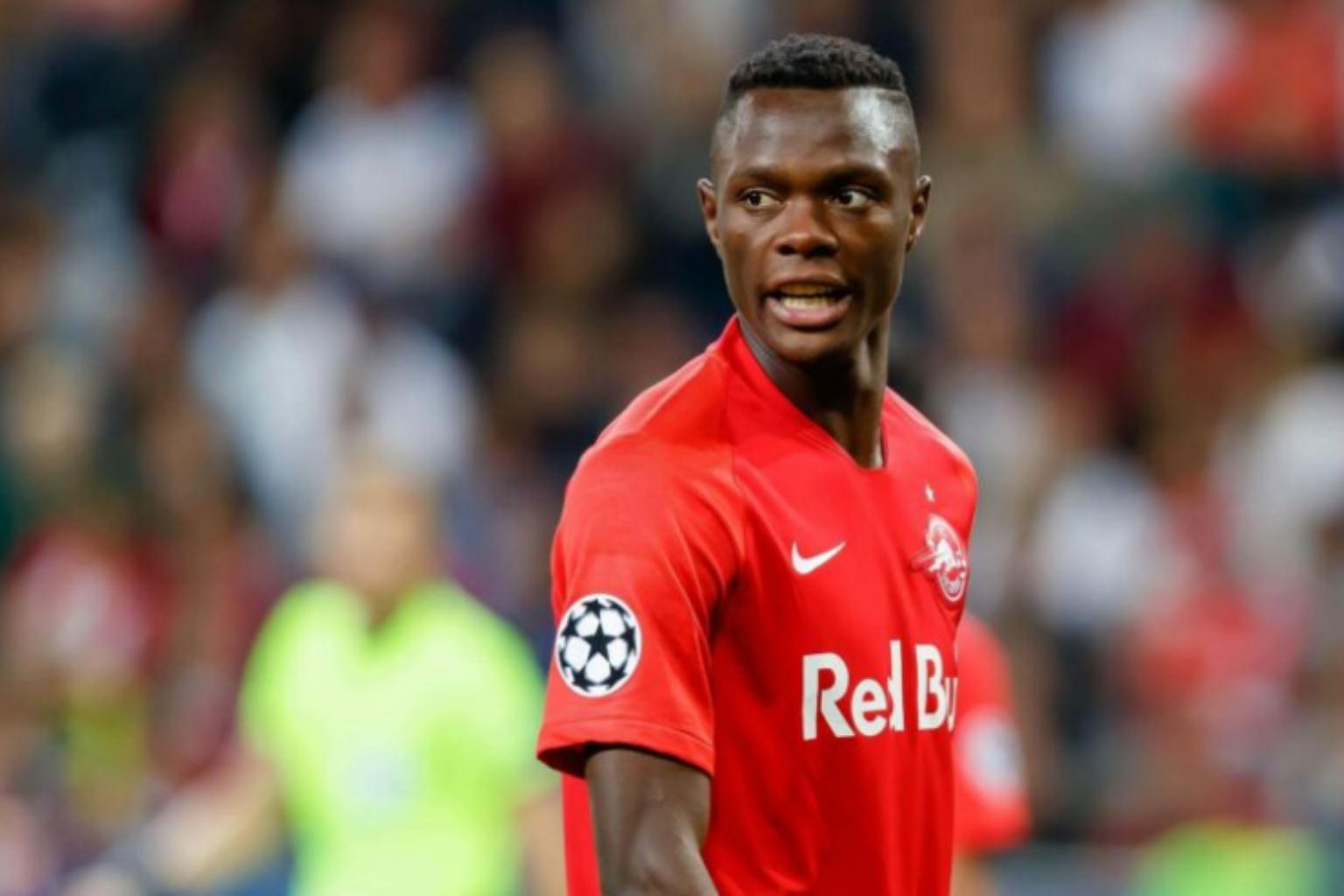