According to Torino Granata, West Ham has now emerged as the favourites to sign prolific Torino striker Andrea Belotti. He is one of the hottest prospects in the transfer market at a Bargain fee.

Edin Dzeko looked all set to leave AS Roma, following disagreements with coach Paulo Fonseca and was Hammers’ primary target this summer.

The Italian outlet claims that Maurizio Sarri was expected to be appointed as AS Roma boss, and take Belotti with him as his poacher No.9.

But with Jose Mourinho’s arrival at Roma means Dzeko would be given a clean slate and has a chance to salvage his Roma career.

Jose Mourinho likes big target man centre-forwards and is believed to be a big fan of the Bosnian’s hold-up play and once said “Dzeko should win the Ballon D’or”, so he may well want to keep hold of Dzeko at the Stadio Olimpico.

Dubbed as ‘Vardy 2.0’ by Sky Sports, Belloti is a highly prolific marksman who relies on pace and power to beat his marker and finish it off with a thunderbolt of a right foot. He’s sort of a club icon and has now hit double figures in all previous 6 seasons for Torino.

The 27-year-old Italian international has scored 104 goals in 224 appearances for the Serie A side, a brilliant record to say the least. He’s carrying his team for a couple of years now helping ll Toro to fight the drop.

He has scored 12 goals and laid further 6 assists for Torino this Serie A campaign, he’s single-handedly trying to push ll Toro to the safety mark.

Belotti is a very potent finisher who mostly scores one-touch finishes, often instinctive around the six-yard area and his positioning, anticipation, intelligence is second to none. you expect different types of volleys, all on one touch and at high speed. He has that goal poachers instinct to sniff a goal out of nothing and is always in the right place at the right time.

Belotti’s style of play is something similar to the legend Flippo Inzaghi, an instinctive goal poacher. He is a high-volume shooter he has averaged above 2.5 shots per game in each of his last 6 Serie A campaigns and is shooting at a rate of 3.4 shots per game in this current season which is more than the Premier League elites such as Kane and Calvert-Lewin. It is believed in the analysis world that the no. of shots a striker takes gives a near accurate measure of the quality of that strikers.

He’s compared a lot to Leicester City speedster Jamie Vardy, but he certainly much more elements to his game than the Englishman. Unlike Vardy, Belotti is much more involved in general play like holding up the ball, creating chances, and driving at the opposition. He has the strength to be a bit of an aerial nuisance as he is contesting 2.3 successful aerial duels per 90, almost completing a career-high 1.5 dribbles per game which show he has adapted to Torino’s inability to hold more possession.

Statistically, he has been consistent over the years, the only thing you can blame him off is his erratic finishing. He is underperforming his Xg a lot over the past few seasons that is why he has gone under the radar of big clubs despite putting up consistent and impressive displays in his career.

He’s a fan favourite Stadio Olimpico Grande, and Torino fans will be gutted to lose him, he gave them moments to cherish upon, a real leader and a perfect loyal captain, Belotti will certainly be remembered as a club icon if he leaves II Toro this summer.

Sempre Milan is constantly claiming that AC Milan has a strong interest in Belotti for a long while now, but they opted to bring back Ibrahimovic instead. The Italian outlet is now reporting that the Rossoneri are looking for a long-term replacement for their aged striker Zlatan and will now renew interest in Torino’s Andrea Belotti.

Similar to AC Milan, Spurs are also intensively scouring the market for quality established centre-forward as a replacement to Harry Kane, who is said to be frustrated by the club’s lack of silverware and is highly likely to leave Spurs this summer for a bigger move elsewhere.

According to Calcio Mercato, Spurs have identified Belotti as their top target and will make a strong move for him if their talisman Harry Kane leaves this summer.

WIS Verdict: Will Belotti be a good acquisition?

Going by the reports, It’s fair enough to say that Belotti will be in high demand come this summer with a lot of big clubs looking to find an alternative replacement for their striker.

At Torino, he has efficiently delivered the output despite only have to feed off the scraps in the last two seasons. There’s also an argument that Belotti could be a sensational striker at a more possession-dominant club than Torino. At 27, he certainly is at peak of his

He is Italian International and has been very consistent over his whole career, also he very less injury-prone. Tactically and output-wise he’s all in one package for clubs looking for an ideal striker. He’s a bit of a no-brainer for clubs like West Ham, Leicester, AC Milan, and Roma which are not in the top bracket of clubs yet but are striving hard and investing smartly.

Belotti is an excellent alternative for West Ham if they fail to land Chelsea’s Tammy Abraham due to the monstrous transfer fee involved in the move. Also, the fact that they currently rely on injury-prone Michael Antonio to deliver the goods, they certainly are short in the striking department.

Transfermarkt has marked Belotti at £36m, he is also bounded by a £100m release clause but will be available for a Bargain £25-40million mark as Torino are anxious due to his contract expiring on June 30, 2022.

Belotti is a goalscorer, a workhorse, a leader, and a captain. Loyal and A wonderful team player. He can potentially revolutionize any of the above-mentioned teams, so it’s a transfer worth keeping an eye on.

Do let us know in the comments, Where should Belotti move this summer? 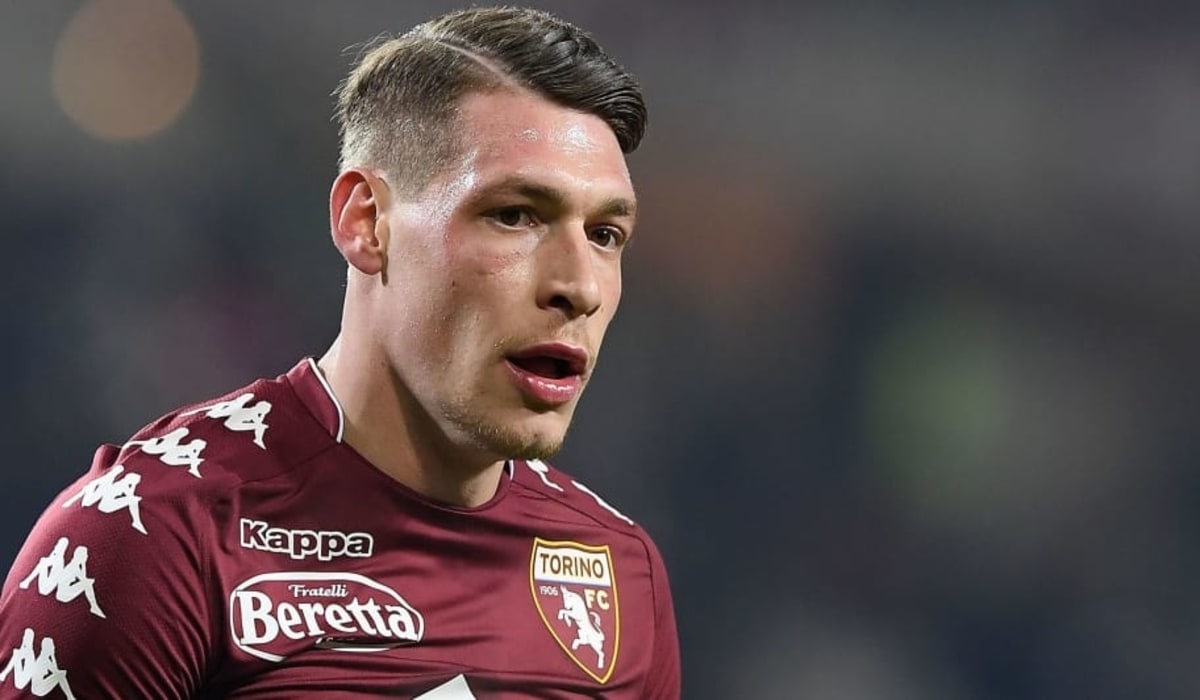