Auston Matthews has had a great first half to his year, and I believe that he is the best newbie in the game right now. Here’s why.

Auston Matthews was the first overall pick in the 2016 NHL Draft, selected by the Toronto Maple Leafs. He was taken over Finnish sniper Patrik Laine, who was drafted second by the Winnipeg Jets. Some people believed that Laine had a case to be the first pick, but it was widely believed that Matthews was a lock.

Now the two, Matthews and Laine, are competing for the Calder Memorial Trophy for the best rook in the game. Let’s get into comparing their stats and my claim that Matthews should be the favorite.

First, Matthews. Through 48 games, he has 23 goals and 16 assists for 39 points, only 10 penalty minutes, and a +/- of 2. He’s been the brightest star on a team chock-full of young talent. Also, I know style points probably don’t count when considering trophies, but Matthews has had multiple highlight-reel plays/goals this year, including an outstanding tally against the Ottawa Senators in a game that he lit the lamp 4 times.

Now, onto Laine. Through 45 games, Laine’s racked up 23 goals and 18 assists for 41 points, 14 penalty minutes, and a +/- of 8. He’s been a great scorer, and one of the bright spots for a team that is struggling to stay afloat. In the highlight reel category, Laine has a blistering wrist shot that leads to many very impressive goals.

Now, by just taking a glance at the numbers, you would assume that Laine has had the better season. However, there are reasons why I believe that Matthews has been better.

Matthews’ takeaway:turnover ratio is also outstanding, with a 40:23. Divided down, that means that every turnover by Matthews equals roughly 1.7 takeaways. Laine, on the other hand, has a 26:38. That means that a Laine turnover equals .68 of a steal.

Matthews’ possession numbers are great for a rookie, and he is still producing goals and assists as well as creating them almost as well as Laine. Matthews is playing like a scoring and two-way forward at the same time, which is a big logic point for my claim that he has had a better season for his role than Laine so far.

Finally, a big reason why I think Matthews has had a better season than Laine is his importance to the Toronto Maple Leafs. Matthews has had a big impact on the Leafs, helping bring them from a miserable season last year to a 23-16-9 record, 48 points, and only 5 out of a divisional playoff spot with 5 games in hand on the 3rd-place Bruins.

Here’s the question: Where would the Toronto Maple Leafs be without Matthews?

Now, I don’t think they would be terrible, they do have other great players such as Nylander and Marner, but I don’t think there’s any question that they would not be where they are now. Matthews has definitely had a huge impact on the Leafs. The Leafs finished an astounding 12 games back of .500 last year, which means they’ve improved by a whopping 19 games so far, and while the Leafs have a better goaltender this year and better prospects, I believe that it should be credited mostly to Matthews, because I think that part of the reason that the Leafs’ prospects such as Marner have performed so well because of a playmaker like Matthews.

The same question is applicable for Laine. The Winnipeg Jets are one game under .500, at 24-25-8, for 52 points, and 4 points out of a divisional spot. However, the Jets have played 53 games(Laine missed 8 games with a concussion), 5 more than the Leafs. The Jets finished 4 games back of .500, which means they’ve only improved three games so far. The goal tending has been bad this year, but it wasn’t much better last year. He hasn’t appeared to make his teammates perform like Matthews has, which is a huge reason why I believe my claim is accurate.

But, after all, this is just a matter of opinion right now. So don’t let my argument completely persuade you. If you want to look at stats and film and form your own opinion, that’s up to you. This is just mine.

(Credit for all the stats in this piece goes to http://www.hockey-reference.com) 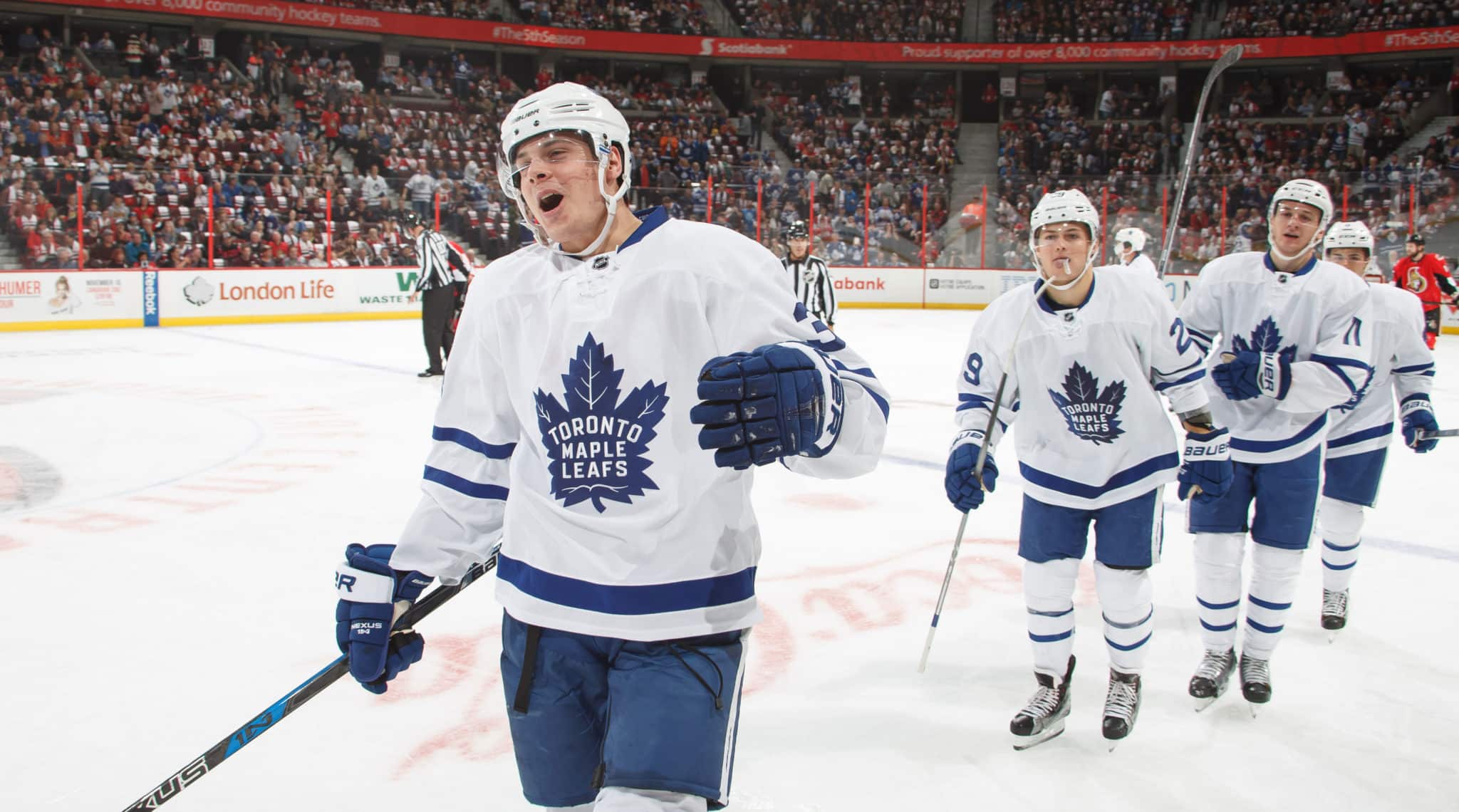