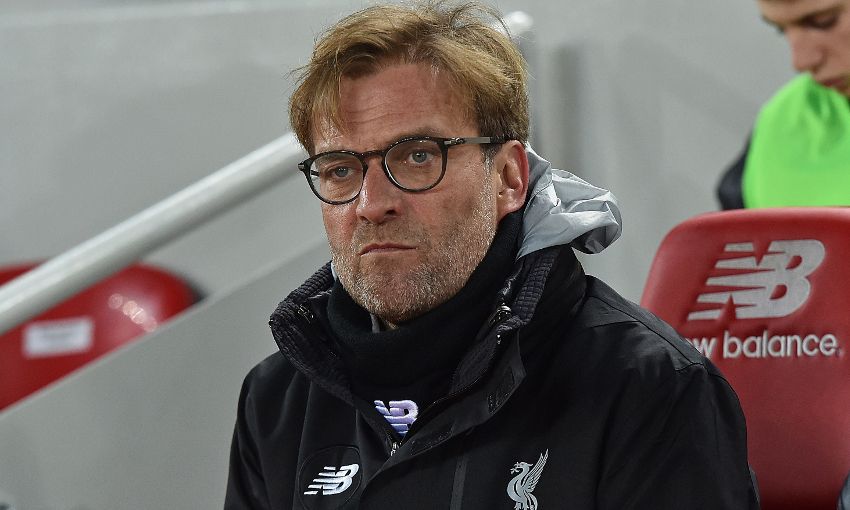 After Wednesday night’s performance, Liverpool were knocked out of the EFL handing Klopp his first semi-final defeat and adding to an already poor January. Yes, they should have had 2 penalties but they had plenty of other chances to convert and no one stepped up.

Liverpool have lost two league cup ties, lost a league game to 17th place Swansea and drawn 3, their only win this year has come in the FA cup replay against league two side Plymouth Argyle.

Liverpool finished 2016 on a 4-game win streak, beating highly rated Manchester city, 6 points behind Chelsea, which could have been 3 points had they finished the job at Sunderland and possibly no points had they run the table through January. So, what went wrong? Why have Liverpool slipped?

Liverpool have gained a reputation over the years for having a weak defence and I believe out of the top 6 they do have the weakest defence. When you think of best defenders in the Premier League you think of Luiz, Kompany, Cahill, Koscielny, Vertonghen. You wouldn’t say Lovren, Klavan or Matip, Clyne or Milner.

This time last year they had conceded 28 this season they have conceded 27 although, Manchester City have conceded 28. These numbers are simply not good enough to be Champions. The last 3 champions have only conceded 36, 32 and 37 and the way Liverpool are playing right now they will be conceding much more than that. Chelsea have only let in 15 this season which is one of the reasons they are poised to be champions.

Liverpool’s attack was the best in the league. Was. At the end of 2016 they had scored 46 goals in the league averaging 2.4 goals per game. In the past seven games, they have scored only 6 goals, 4 of which were against teams that were fighting against relegation. Sturridge and Origi are Liverpool’s main strikers but Firmino is much better than them both. None of them have looked the same even with Coutinho’s return they haven’t been able to score enough goals. Granted they have lost the speed of Mane but they have also lost the speed of Sturridge.

This statistic shows Sturridge’s, decline in speed which is understandable due to the amount of injuries but it shows in games. Liverpool have no speed going forward dampening their ability to counter-attack which is how Klopp likes to play.

When Liverpool gifted Bournemouth 3 points it was a sign that they couldn’t perform against weaker sides. Since then Liverpool have lost to Swansea and drawn to West Ham and Sunderland. Liverpool should have won these games. Against these 4 teams Liverpool had an average of 67.9% possession. When they have this much possession and don’t convert chances it gets them frustrated which leads to them giving the ball away recklessly and ultimately the opposition scoring. They do not know what to do when they have possession, there isn’t enough movement, they overcomplicate passes, they run into trouble. If they want to keep the pressure on Chelsea they must raise their game against weaker teams. Maybe they will give their fans hope when they play Wolves.

Can somebody please take James Milner off corners please? I feel like this needs to be talked about more. When you have the ability of Coutinho why would you need Milner. Milner has a problem with getting the ball past the front post. It happened numerous times Wednesday and when he did get in past the front post he played it in to the area where no Liverpool players were around. Liverpool have a giant in Matip who is being wasted by Milner’s poor corners. They have so much potential from corners if they get Milner off corners.

I believe Klopp will sort out his mistakes and get players back up to where they should be. He has the experience to solve all these problems and get his team a secure top 4 spot.

Maybe even the title who knows with the Premier league. If anyone can this man can.

has published a new post."The Curious Case of Josh Rosen"
12 hours ago