Panic. Steven Gerrard has left Rangers. The man who took the club from the lowest of the lows to the highest of the highs is gone. Yet in the following article, I will attempt to spin this out into a positive- how? Giovanni van Bronckhorst. Unless you are completely oblivious to the world of Scottish Football I imagine you will have heard the name by now. The former Barcelona, Arsenal and Rangers player is a managerial free agent who has gone fairly under-the-radar until linked with the Gers.

By now Rangers fans will have seen the hype on social media which without trying to exaggerate the feats of the Dutchman is fairly understandable. Aged 45, GvB can still be seen as an up and coming manager whose past playing stint and developing managerial career has led him to have the essential qualities of leadership, education and experience.

Transition From Player To Manager

Van Bronckhorst had an illustrious playing career which eventually came full circle having started and ended with Dutch giants, Feyenoord. The affectionately named Gio played 122 times in Holland before moving to Rangers- where the link all begins. The international joined up with fellow countryman Dick Advocaat, one of many Dutch players at the club under the reign of Advocaat. He would play there for three years before eventually being understandably tempted away by the lure of Arsene Wenger’s Arsenal in 2001 where he won a Premier League and FA Cup. This would then lead to van Brockhorst playing for Rijkaard’s Barcelona before ending his career with a return to Feyenoord.

Internationally, GvB served the Netherlands consistently over a 14-year spell with his country, playing 106 times and ending bittersweetly in 2010 as captain in the narrow 1-0 loss to Spain in the World Cup Final. Being picked as Netherlands captain in 2008 will have developed that previously mentioned leadership quality- an invaluable characteristic for any manager to have.

This varied and impressive CV would’ve been enough for van Bronckhorst to land an instantaneous managerial job elsewhere but instead, the ex-Barca man went to work his way up at his boyhood club. Giovanni van Bronckhorst was appointed assistant to Ronald Koeman at Feyenoord a season after retirement whilst simultaneously managing the club’s under 21s for one of the three years of Koeman’s tenure. GvB would then continue to show his loyalties to Feyenoord following Koeman’s departure, staying with the club for Fred Rutten’s only season in 2014/15.

Feyenoord And Brief Spell In China

Having parted ways with Fred Rutten, Feyenoord finally awarded Giovanni van Bronckhorst the managerial job at the club after his tireless service for Feyenoord in other roles. GvB started off his tenure with some smart business in the summer, making over €8 million but still ending the window with a full, talented squad including the likes of; Dirt Kuyt, Colin Kazim-Richards and Eljero Elia. This led to van Bronckhorst winning the KNVB Cup, his first taste of silverware as manager. This was an impressive feat but nothing on what would come next.

Throughout the 2016/17 season, Feyenoord would spend €3.5 million whereas league rivals Ajax would spend over 40 million. This Ajax side would also finish runners-up in the Europa League the same season. However, despite all financial differences, van Bronckhorst’s Feyenoord would pip Ajax to the title for their first in 18 years, immortalising the Rotterdam-born manager in the history of the club.

This was understandably the peak of GvB’s Feyenoord career but there was no major downward slope. Van Bronckhorst would finish 4th in 17/18 and 3rd in 18/19 before resigning at the end of the season. The gamble to hire the former fullback had well and truly been a resounding success.

Despite his incredible title with Feyenoord, Giovanni van Bronckhorst decided to pursue further footballing education by spending a year under Guardiola at Man City. This is another out of a list of reasons for Rangers to give the Dutchman a chance especially considering managers like Arteta have been hired solely for their work with the Spaniard.

After his year with Man City and the City Group as a whole van Bronckhorst took a move to China with Guangzhou R&F. Van Bronckhorst started in January 2020 and left in the December of the same year having missed his time with family. Giovanni van Bronckhorst left the club with an 11th placed, fairly standard mid-table finish in his only season.

Why The Move Works

Steven Gerrard may have left the club bare in terms of backroom staff but the Premier League-like structure at the head of Rangers remains intact- one of them being Ross Wilson. Wilson has had mixed experiences with player recruitment from Leon Balogun on a free and talented youngster Ianis Hagi to the likes of Bongani Zungu who didn’t at all come off. If there ever was a signing that Wilson needs to get a spot on then it’s the new manager. When there’s someone like van Bronckhorst free who has previously stated he would like to manage Rangers it may well be too good an opportunity for the club not to pounce on and by the looks of things they have with the BBC reporting contact has been made.

As well as those achievements with Feyenoord, van Brockhorst offers tactical continuity having played a crossing-heavy 433 for the majority of his tenure in Holland. GvB has received an education in management from some of the best including Rijkaard and Guardiola. He has also shown the nous to utilise a smaller budget which is ideal when managing a Rangers side playing in Europe. With talks between van Bronckorst and Wilson having been reported as positive it could potentially be criminal for Wilson to opt for another manager. 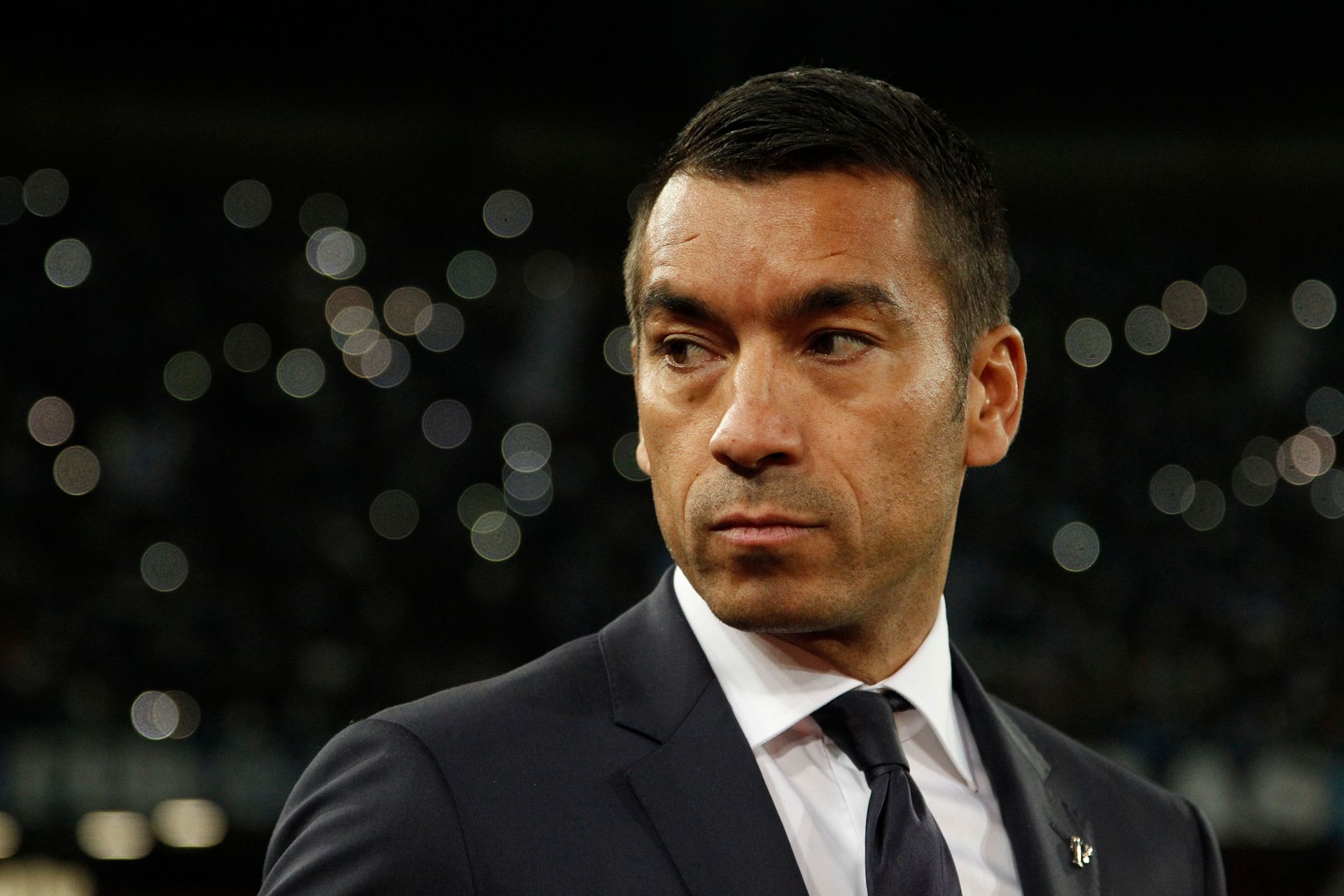