The United States Grand Prix in 2021 could well be remembered as the race where we got the first hint as to who might eventually win this enthralling F1 championship. Up until the chequered flag at the Circuit of the Americas, we were none the wiser but after Max Verstappen crossed the line in first place and opened up a 12 point lead in the drivers’ standings, there was reason to believe that his win could be hugely significant come to the end of the season.

Of course, a 12 point lead is far from unassailable but Verstappen’s win in Austin showed us two things. The first is that the Red Bull pit wall seems to have the advantage over Mercedes having outfoxed them with a ruthless strategy in Texas after Verstappen surrendered pole position to Lewis Hamilton at the first corner. Undoubtedly, bringing the Dutchman in early for a change of tires was a masterstroke and helped the team gain back the initiative. It can’t be stressed enough but this type of proactive decision-making will be key to winning the championship. The second is that according to the statistics of the most recent duel, Red Bull appear to have a faster car, perhaps not in a straight line, but then that doesn’t matter when you have Verstappen driving his Honda engine to within an inch of its life. Indeed, Hamilton can’t keep up at the moment with Red Bull well and truly in pole position.

Further proof of that can be found in the latest F1 odds where anyone looking to bet on the outcome of the drivers’ championship will see Verstappen at just 1.40 to win his first world title. Yes, as things stand, it feels like we’ve taken a decisive step towards knowing who will be crowned the 2021 champion.

But then things are rarely ever that straightforward in the world of Formula 1, especially when you consider that Hamilton still has an ace up his sleeve.

The 36-year-old Englishman is yet to use one of his most effective weapons in the war to win an F1 championship and that is his personality. Don’t be fooled by the eccentric dress sense and the fact that he runs an Instagram account for his dog where he uses dumbed-down baby talk intended to make it sound like his bulldog, Roscoe, is addressing his followers. The fact of the matter is that Hamilton is ruthless and often quite prickly – two traits you absolutely need if you want to win seven world titles.

Now, despite this being a controversial championship battle, we haven’t seen much in the way of mind games or Hamilton’s infamous tactics that are designed to rattle. Yes, we’ve had tangles between the two on the track, but it’s been light on psychological warfare. Tellingly, there was a hint of that changing already when Hamilton pulled up alongside Verstappen during practice in Texas which prompted the Dutchman to call him a ‘stupid idiot’.

ALSO READ:  What Happened At The Brazilian Grand Prix?

Verstappen: 📻 “Stupid idiot!” the Dutchman says as he gives Hamilton a signal that he’s number 1️⃣ in the championship… 👀#F1 #USGP #Motorsport pic.twitter.com/4sH4DCYlvo

So with a significant gap of 12 points now separating the two, the time has probably come for the experienced Hamilton to resort to his last throw of the dice by trying to get under the skin of Verstappen. We’ve seen it in 2007 when he was battling Fernando Alonso and we saw it in 2016 against Nico Rosberg.

In other words, expect to see a host of mind games from now until the end of the season in Abu Dhabi as Hamilton prepares to play dirty. Don’t touch the money yet, this F1 championship is far from over. 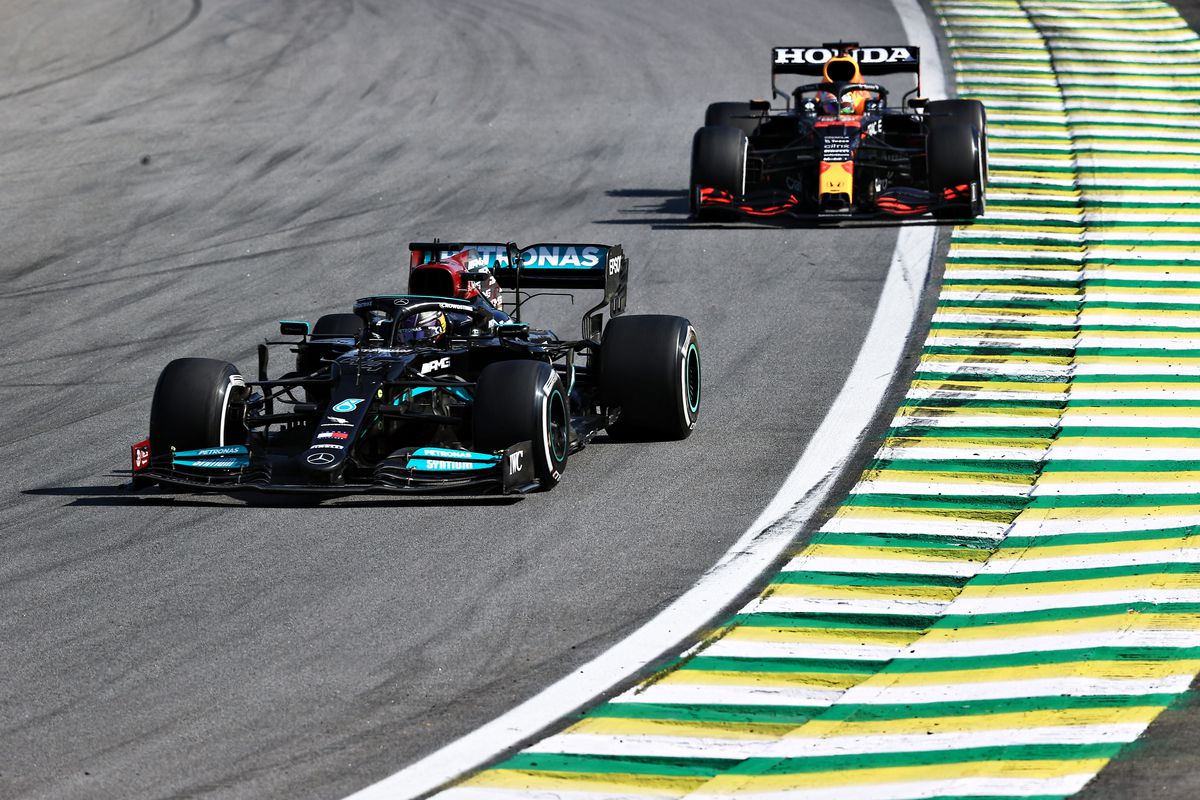