After 17 months in charge of Tottenham Hotspurs Jose Mourinho has been sacked from his managerial position, the decision was an inevitable one with large sections of the dressing room in fallout with the Portuguese coach.

Along with Mourinho, his whole staff has been relieved of their duties just days before a vital and crucial League Cup final encounter against Manchester City at Wembley.

In an official statement, Spurs said:

“The club can today announce that Jose Mourinho and his coaching staff Joao Sacramento, Nuno Santos, Carlos Lalin, and Giovanni Cerra have been relieved of their duties.

Ryan Mason will take first-team training today and a further update will follow in due course.”

Tottenham chairman Daniel Levy has also come out and said to the clubs’ official website:

“Jose and his coaching staff have been with us through some of our most challenging times as a club.

Jose is a true professional who showed enormous resilience during the pandemic.

On a personal level, I have enjoyed working with him and regret that things have not worked out as we both had envisaged.

He will always be welcome here and we should like to thank him and his coaching staff for their contribution.”

When Mourinho took charge of  Spurs, they were languishing in the bottom half of the table but he resurrected them to 6th in the Premier League table and secured Europa League qualification.

This Tottenham team never resembled Mourinho style and defeat to Dinamo Zagreb in the Europa League quarter-final may have been the final straw for the Hierarchy.

The sacking seems an inevitable one, many players such as Dele Alli, Harry Winks, and Davinson Sanchez have regressed under Mourinho’s coaching. Even though Mourinho brought the ultimate output out of Son and Kane which added to this Covid kept him at bay for soo long. The results have not been good enough for a long now there maybe something which is to be revealed related to European Super League.

Interestingly, Tottenham sacked Mourinho just a few hours after the Club announced that they are going to be a part of discussions surrounding the controversial European Super League.

There are few sources claiming that Mourinho refused to take the afternoon training session as a symbol of protest after the club confirmed their involvement in the contentious European Super League and seek answers to that, but the club instead sacked him.

While Powell and Mason will be in temporary charge, the search is already on for a permanent replacement has been in rumours for a while now it is no other than the young RB Leipzig coach Julian Nagelsmann who’s on the top of the list of the Tottenham hierarchy.

The 33-year-old German has proved his mettle in the Bundesliga playing some attractive brand of high intensity pressing football, Leipzig are currently second ahead of the established Borussia Dortmund side even after losing their top scorer in Werner this shows the management abilities of Nagelsmann.

He is regarded as the best young coach on the planet and it will not be an easy task prising him away from Leipzig as they are reportedly asking for  £17million in compensation for parting ways with their managerial asset.

I believe this is something big going under the clouds, I seriously suspect that if Spurs do want to get rid of Mourinho they could have done after the Dinamo Zagreb defeat in Europa League, They should have stuck by him till the eventual League cup final against Manchester City as they are missing their big players in De Bruyne etc. theirs a good chance Mourinho can play his dices to pull off an odd win to win the cup.

This leaves us with only two possibilities it’s either a major fallout with the dressing room or this European Super League fiasco. Tottenham may also have prioritised this to keep Kane at the club but as we Levy is too shrewd with his business and money it all points to only one direction. The finances also are harder to explain it took £34million in compensation to get rid of Mourinho which is highly unlikely the money Spurs possess given they have stadium loans too.

Anyways, This Tottenham team never resembled to be a Mourinho side as they lose crucial games and were unable to see out games against the mid-table sides. Bale’s huge wages also have created a huge mess both in media and the dressing room. Everything seemed to be falling apart similar to Mourinho’s earlier jobs at Manchester United.

Nowadays players are too sensitive and have the ultimate power over the managers. Mourinho’s old methods would not work with this set of players. Picking out players in the press even degraded them further. Maybe, The things could’ve been different if Levy got him a defensive rock in Skriniar last summer.

Do let us know in the comments below who should be the next man in charge of Tottenham Hotspurs. 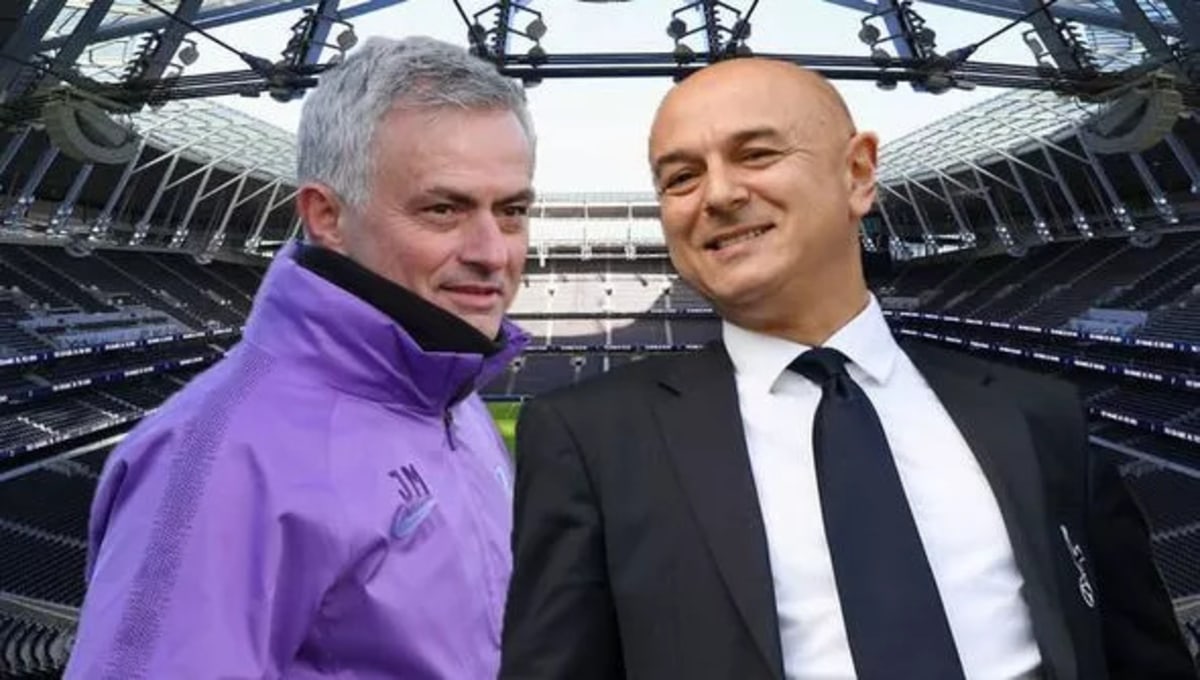