From the 16th to the 24th of July 32 PDC stars will take the stage at the iconic Winter Gardens in Blackpool and battle it out to win the prestigious Phil Taylor trophy. The darting Gods have truly blessed us with the games that have been put together as many are exciting and unpredictable with the World’s top 16 taking on some of the most in-form players from the ProTour Order of Merit.

Undoubtedly the most exciting and intriguing draw is the clash between the three-time World Champion Michael van Gerwen, and the two-time World Champion Adrian Lewis. The former Phil Taylor protégé was the first player to successfully defend his World Championship crown after going back to back in 2011 and 2012.

‘Jackpot’ had to play well in the weekend’s Player’s Championship events in order to nail down a spot at the World Matchplay and he did so in spectacular style. Lewis was victorious in Players Championship 20 in Barnsley defeating Boris Koltsov 8-4 in the final to scoop the £12,000 cash prize and end his three-year wait for glory, having last won a PDC title in 2019 when he beat Raymond van Barneveld in the Players Championships.

That victory came off the back of a strong run of form for Lewis which should serve him well in his match against Van Gerwen, who is arguably one of the best darts players to ever grace the game. MVG had already qualified for the Matchplay courtesy of being ranked number 4 in the world and the Dutchman did not compete at the Players Championship events as he rested following wrist surgery after winning the Premier League.

The question is how will this operation affect him? ‘The Green Machine’ came back to take part in the Dutch Darts Masters soon after the procedure but was defeated by Danny Noppert in the first round. Will an in-form Adrian Lewis be able to take advantage of Van Gerwen not having played recently and knock out the pre-tournament favourite?

These two titans of tungsten served up an unforgettable World Matchplay semi-final back in 2013 with Adrian Lewis prevailing 17-15. If their clash on Sunday evening is anything close to that match, then Darts fans are in for an absolute treat.

Not that MVG vs Lewis is the only standout clash, there are many more games with the capacity to electrify the Winter Gardens stage. One such match is Dimitri Van den Bergh against Callan Rydz. ‘The Dream Maker’ loves this competition having won his maiden PDC title at the Winter Gardens in 2020, following that up by making the final in 2021 losing to eventual Champion Peter Wright. World Number 1 will start the defence of his crown against Latvia’s Madars Razma.

Van den Bergh will not have an easy ride against Rydz though. ‘The Riot’ is playing well and had a fantastic run during the 2021 World Championships at Alexandra Palace where he too was defeated by World Champion Peter Wright in the Quarter-Finals. However, ‘the Dream Maker’ will be confident of making it through the tie due to his impressive record in this competition. He goes into the World Matchplay having won both the Nordic Darts Masters and Dutch Darts Masters in recent months.

Jonny Clayton faces Rowby-John Rodriguez. This will be a fascinating tie as Rodriguez will come into this match full of confidence having displaced Ross Smith and squeezed into the last Matchplay qualification place over the weekend. ‘Little John’ can also take positives from reaching a European Tour final at the Interwetten European Darts Matchplay at the start of July. The Austrian pushed Luke Humphries all the way in the match eventually losing 8-7 in of the most pulsating European Tour finals ever.

Jonny Clayton has not had too bad a year himself although, unusually for the Welshman, does not have any titles to show for his efforts as of yet. Clayton has not quite been able to build on the sensational year he had in 2021 dubbed ‘the year of the Ferret’ during which he won the Masters, the Premier League, the World Grand Prix and the World Series of Darts Finals. He did make finals night of the Premier League having topped the table, albeit he was unable to retain his crown. ‘The Ferret’ will be hoping to land his first major title of 2022 in Blackpool.

The Masters Champion Joe Cullen will be desperate to bounce back from his gut-wrenching defeat in the Premier League Final but, he faces a tough task as he plays recent World Cup of Darts winner Damon Heta.

‘The Heat’ has shown some good form on the floor as well as on TV having won his first ranking title of 2022 at Players Championship 5 and he will be confident of going on a strong run in Blackpool. Cullen will also fancy himself to do well as he proved in the Premier League that he is more than capable of defeating the best players in the world. ‘The Rockstar’ was only one dart away from being crowned Premier League Champion and if he replicates the form he produced on finals night he could go deep into the Matchplay.

Luke Humphries against Nathan Aspinall is a mouth-watering tie that promises plenty of drama. ‘Cool Hand’ is the King of Europe having picked up four European Tour titles this year in the form of the German Darts Grand Prix, Czech Darts Open, European Darts Grand Prix and the European Darts Matchplay. Humphries comes into the World Matchplay in arguably the best form of all the players in the competition and could well be a strong contender.

‘The Asp’ will provide him with a stern test though. The former UK Open Champion has been troubled by a wrist injury throughout 2022 which forced him to miss the Masters back in January. However, he recently received the good news that he may not require surgery and he battled through the injury to win Players Championship 13 in early April. Even if Aspinall is not playing at his best, he will still prove to be a tough opponent.

Dirk van Duijvenbode vs Ryan Searle is a clash that promises to be a fantastic battle and, in the same bracket, the 2018 World Matchplay Champion Gary Anderson will be looking to regain his crown against Daryl Gurney. In addition, the heavily fancied Michael Smith will begin his quest for the title against Andrew Gilding. ‘Goldfinger’ is back in the Matchplay for the first time since 2015.

Two other former World Matchplay Champions will be in action in the first round as the 2007 winner James Wade takes on Martin Lukeman and the 2019 Champion Rob Cross begins his campaign against Chris Dobey. 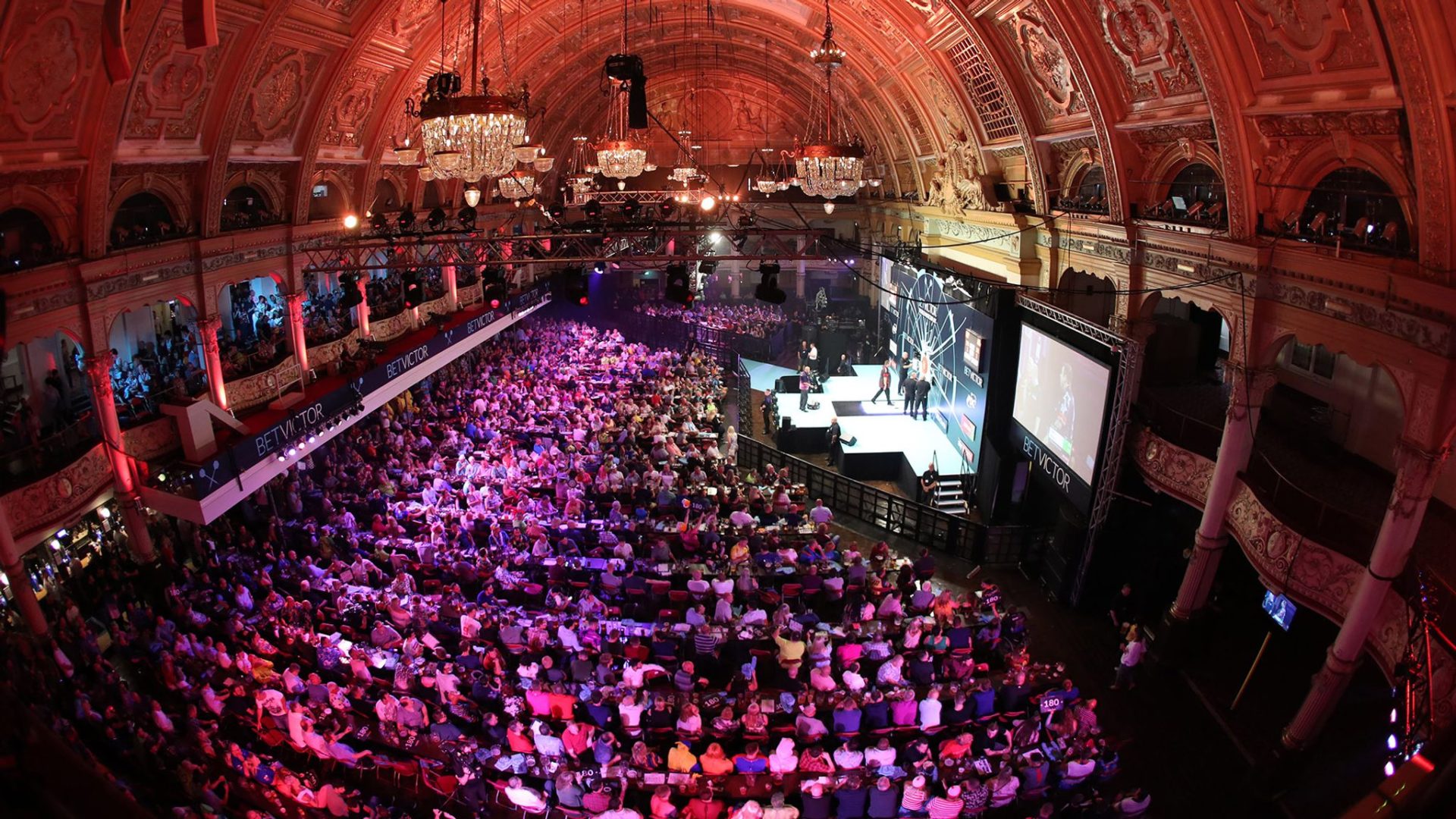