Monday night raw (7th June 2021) this past week offered a variety of matches and pretty much set the tone for the next pay per view. Hell in the Cell is one week away and there’s a lot of great matches and storylines pushing the hype.

Charlotte Flair continued her current storyline role of playing heel and continuously making excuses to earn a rematch. This is an interesting move because the current Raw women’s champion Rhea Ripley is also a heel. There is usually the basic expectation of having babyface vs heel but in this case, it’s heel vs heel. Nikki’s cross is the babyface and still is in the equation with Charlotte flair and Rhea Ripley. I would say that she is a substitute for Asuka as Asuka had a triple threat match with both charlotte and Rhea at the previous Wrestlemania backlash pay per view. That wasn’t the case as Asuka was Nikki’s secret partner. This now made the equation two heels and two baby faces.

The match was great as the two heels didn’t get on with each other, but everything was fine on the side of the babyfaces. Charlotte really carried the heel vs heel moments when she gave Rhea Ripley a “Woo” chop to tag her in. I must admit this was highly creative on her behalf as the crowd was able to “woo” as the tag was made. Charlotte has more experience than Rhea and we can see that Rhea is currently being pushed which is why she is champion.

Rhea was able to take note and play along with charlottes creativity as she repeatedly gave Charlotte a pat on the head as a tag. She was learning and reacted quicker. The two heels began to attack each other but Charlotte won that battle leaving her for Asuka and Nikki to finish Rhea. Both Charlotte and Rhea were able to carry this match well storyline wise.

This was interesting because the previous weeks these two were heels but now a transition has been made. The team between these two in the storyline has been split but now Ryker has become a babyface whilst Elias is the heel. The transition was made where the two were booked against AJ styles and Omos a week ago. Elias feared Omos and ran away leaving Ryker to get destroyed.

Elias was able to use his know mic skills where he was playing the guitar with the mic before Ryker attacked Elias from behind.  Both played the match well before Elias walked out to make Ryker win via count-out. This tells us these two will be booked in upcoming weeks and there saving the matchup for the hell in the cell pay per view.

Jeff Hardy has been booked as a jobber for the last few weeks. This is something that sucks to see considering he is a future Hall of Famer. However, things changed as this match he was booked to win. Cedric has been a heel beating Shelton Benjamin repeatedly in the previous weeks.

He carried out the heel well in this match copying jeff hardy’s taunt/ move set. His actions were textbook. Hardy caught him with a twist of fate before landing a Swanton bomb for the win. This may be a rivalry in the upcoming weeks possibly.

These two young stars are very athletic and quick in the ring, so this match certainly spiced up the showcase. Now they capped in the United States title picture with current champion Sheamus who is playing the heel. Both were victims of Sheamus before coming together to take him out. This match was to decide who faces Sheamus at hell in the cell.

Both Ricochet and Humberto were delivering wonderful high flying action middle way after a technical start. The ending of the match saw both superstars flip of the ring apron to be counted out making the match a draw as a result.

This booking was obvious because it was clear in the previous weeks that possibly this will end up in a triple threat match. It’s almost like the United States title picture is trying to push highflyers now. This is a good move because highflyers define entertainment for sure, especially when pulling huge athletic moves.

John Morrison and The Miz played the microphone heel but at the same time were jobbers to the other younger and newer tag teams. They made the match by having the injured Miz talk about the past and how they are the greatest tag team. Storyline wise and performance-wise they can play the role well of being heel tag team champions.

It’s clear that they are pushing the newer teams. MACE and T-BAR have been a scary dominating team in the previous weeks. Randy Orton and Riddle have been booked as the weird shocking but funny tag team. I can see in the future that Orton will be booked to betray Riddle and once again turn heel, making a rival story between the two of them.

The Viking raiders ended up winning the match eliminating RK-Bro. This is a good booking because they are both heavyweights just like Omos, but they are rather shorter. Booking these two teams is a great idea for the next Pay per view.

Lashley has finally pushed after all these years. He has been worth the hype and is playing his role well. He’s a dominant and scary heel portraying good, experienced mic skills as expected. MVP being in the combination with Lashley is brilliant because MVP has been probably one the best on the microphone as of now. For weeks since the early build, up to Wrestlemania we have seen Lashley and Drew week after week.

Storyline wise hell in the cell is the ending chapter as if Lashley wins drew cannot face him without earning the right for a match again. There are probably plans for Drew McIntyre elsewhere storyline-wise and this is certainly the right time. Lashley has been portraying some of “THE godfather’s pimp character but this time its with the main champion which is great. The last few months since Lashley became champion in March/April have been the greatest moment of his career.

He is now in his prime career-wise in WWE as he’s the main guy. Lashley is also featured on the pay per view cover for Hell in the cell 2021. McIntyre did a great job during the contract signing as he pulled out a sword and smashed the table.

He was able to take a moment for Lashley’s cheerleading girls to build energy and make drew be the feared character in the moment.

Great episode of raw from this past week, this week is going to be even better. Finally, its Pay Per view time to at the end of the week. 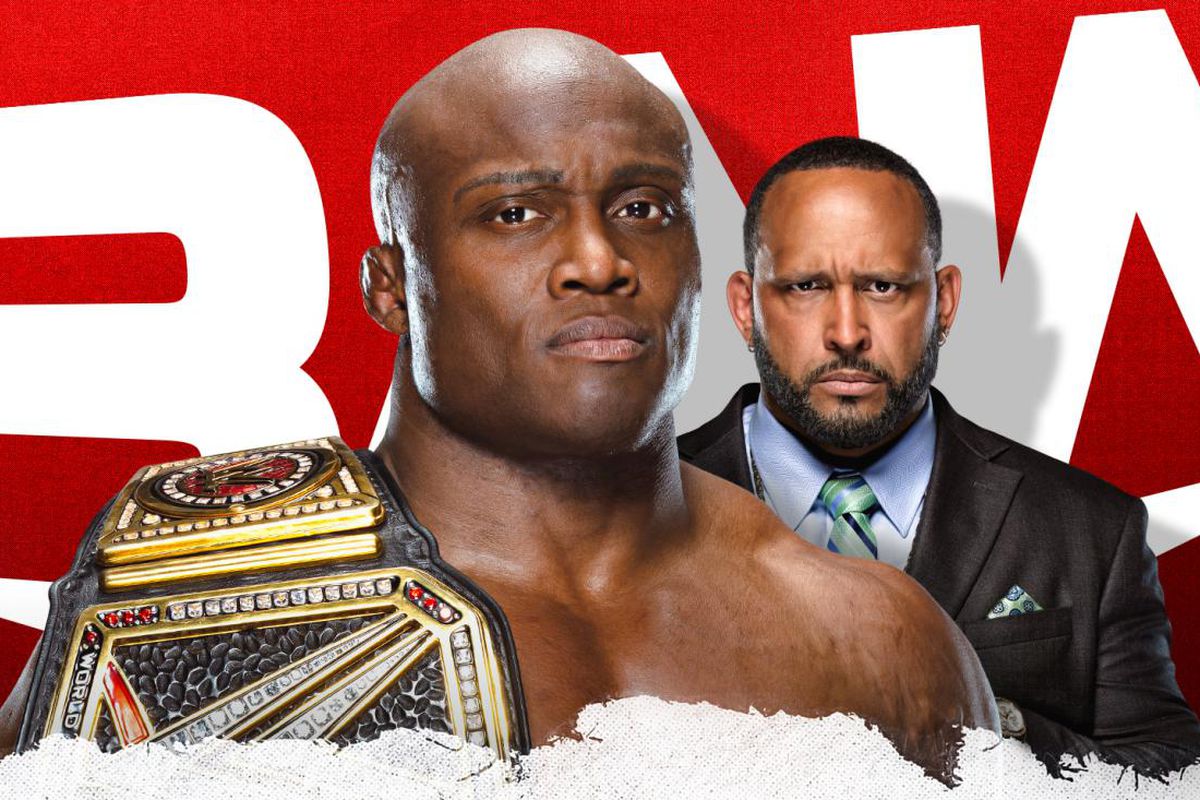 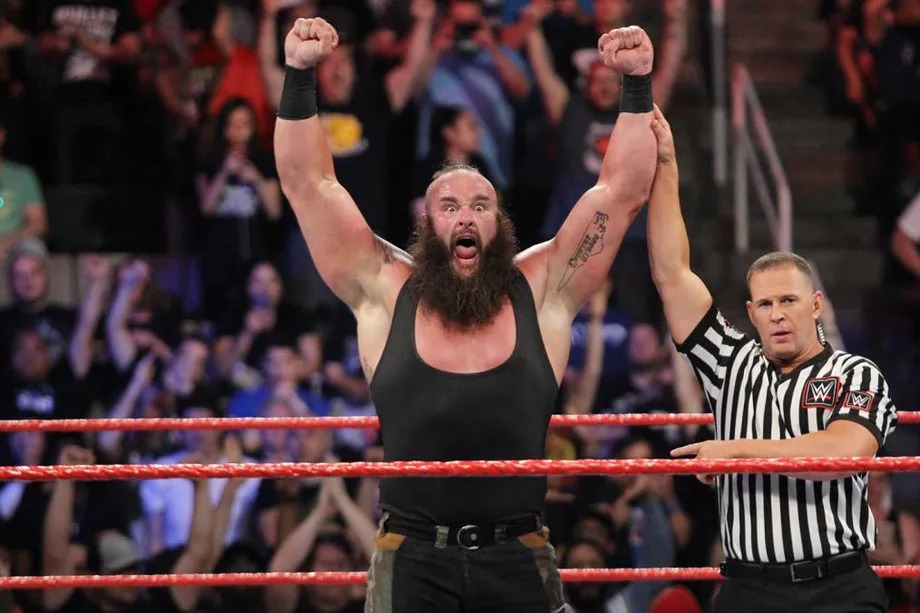 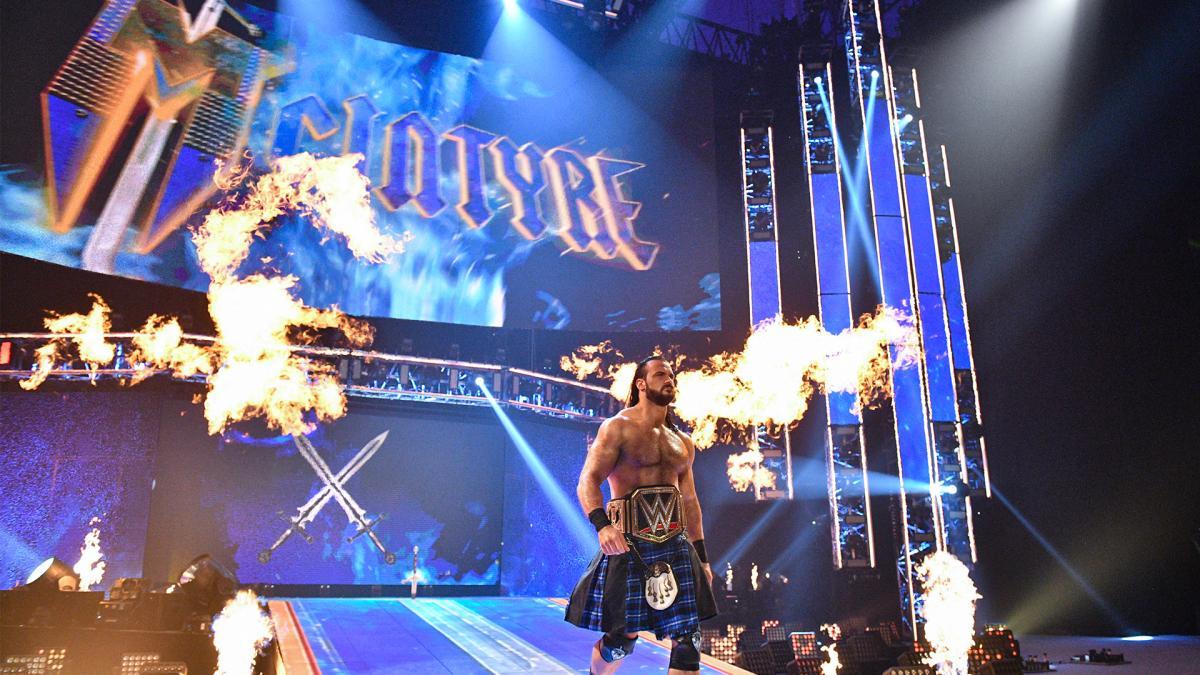 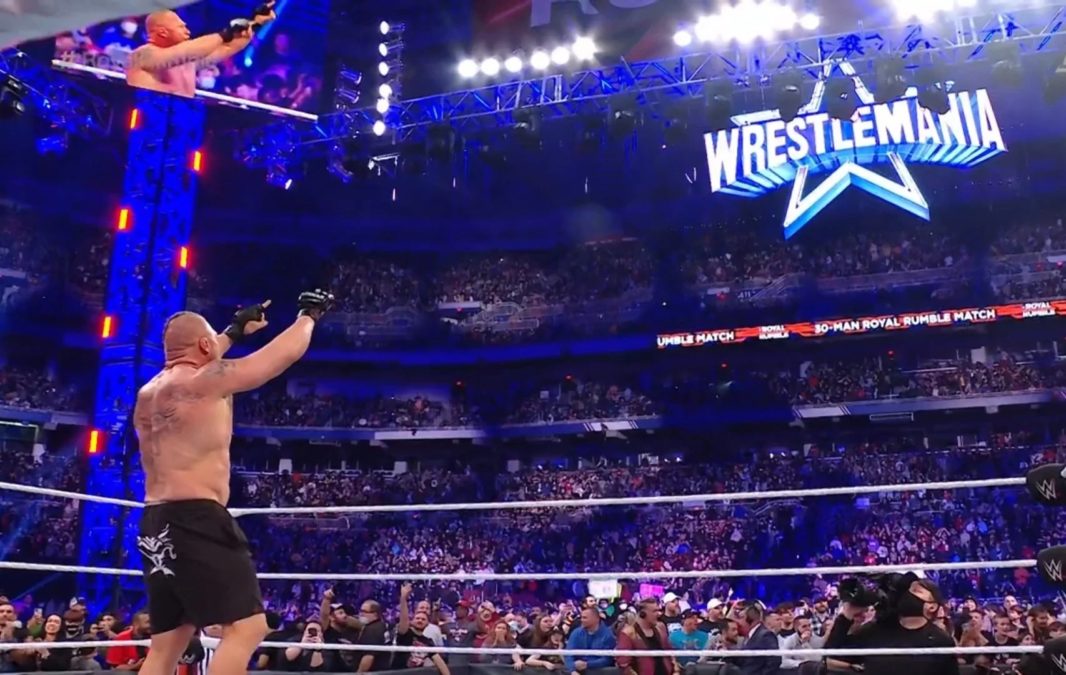 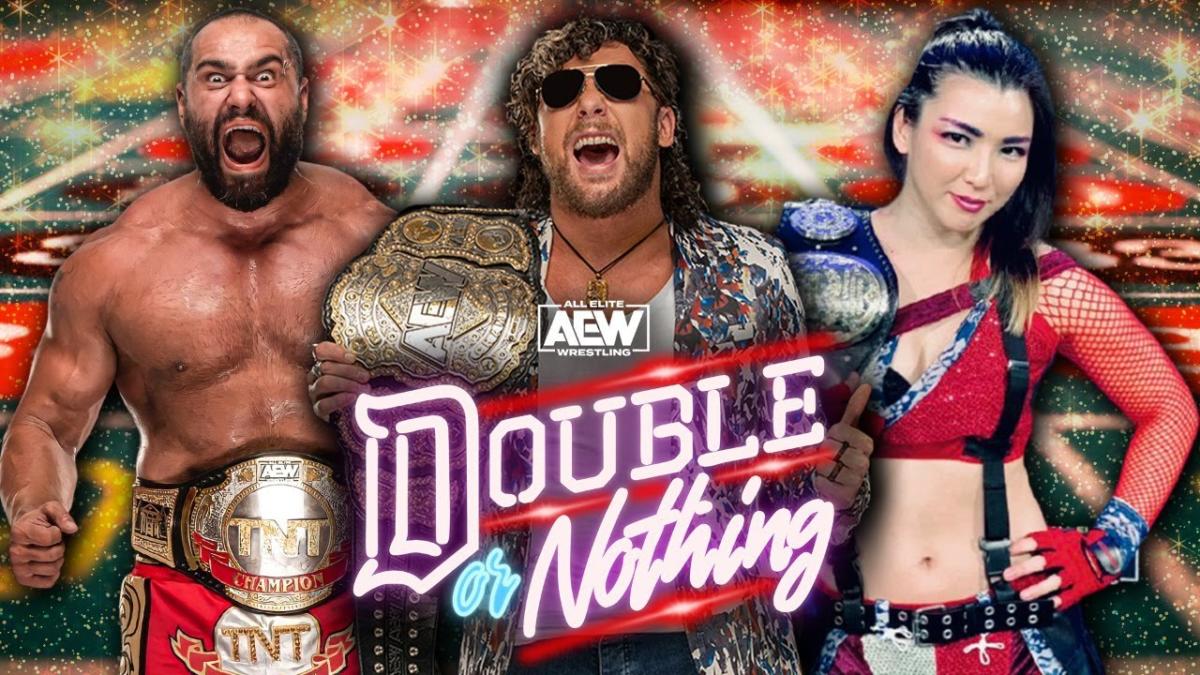 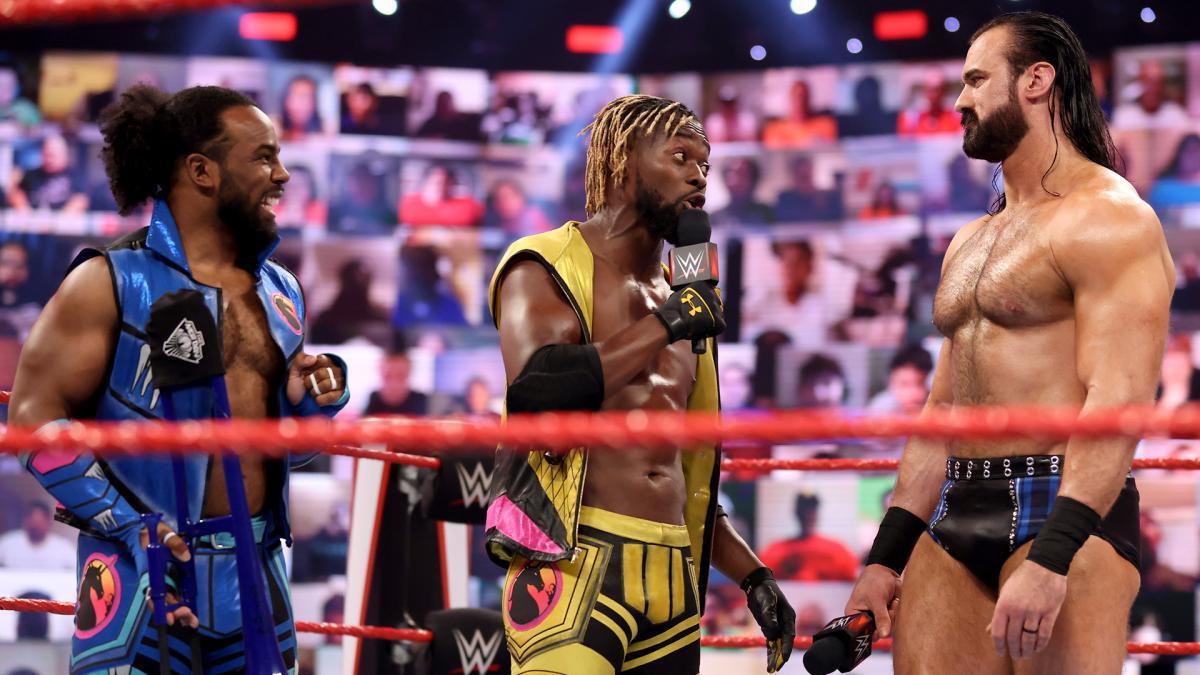 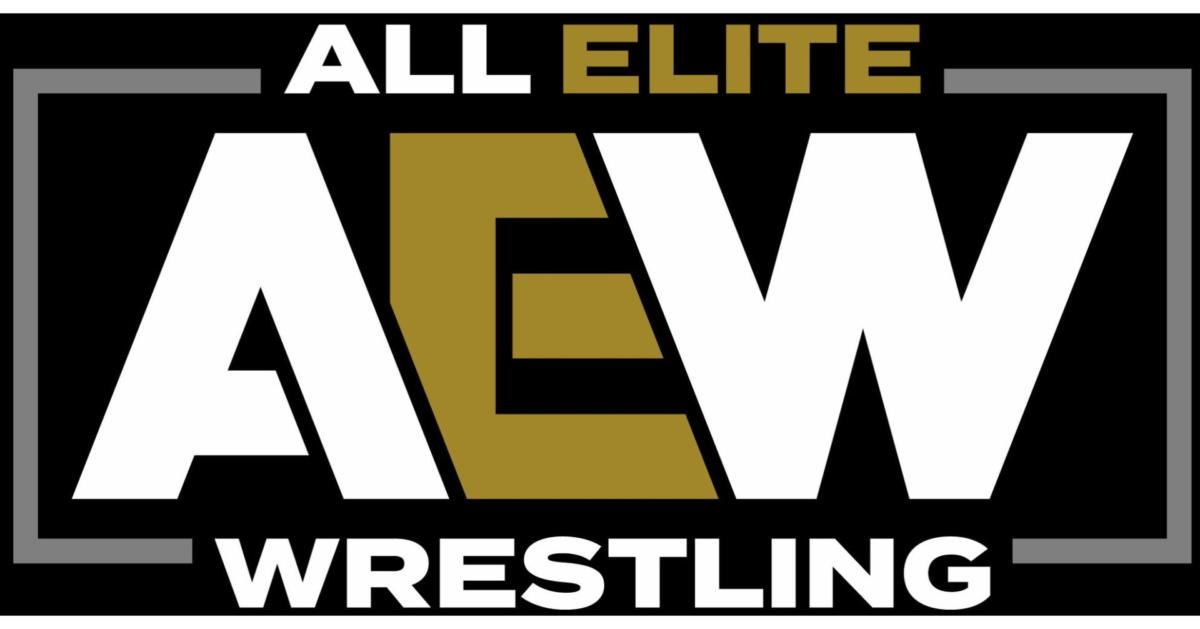 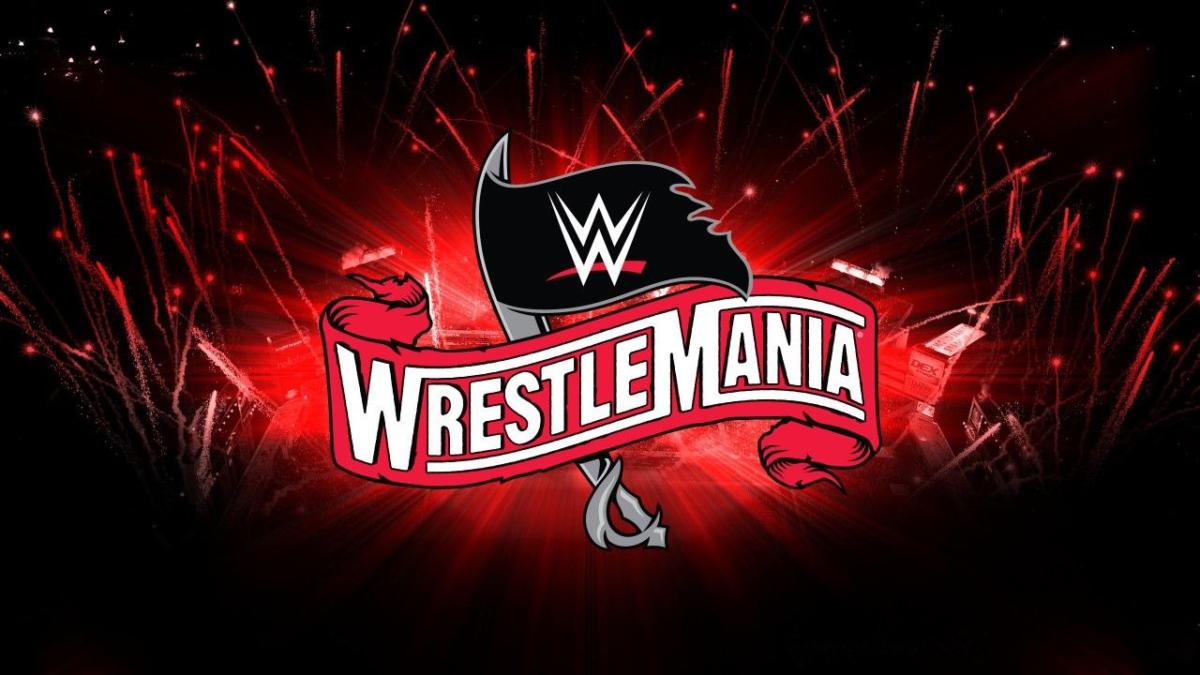 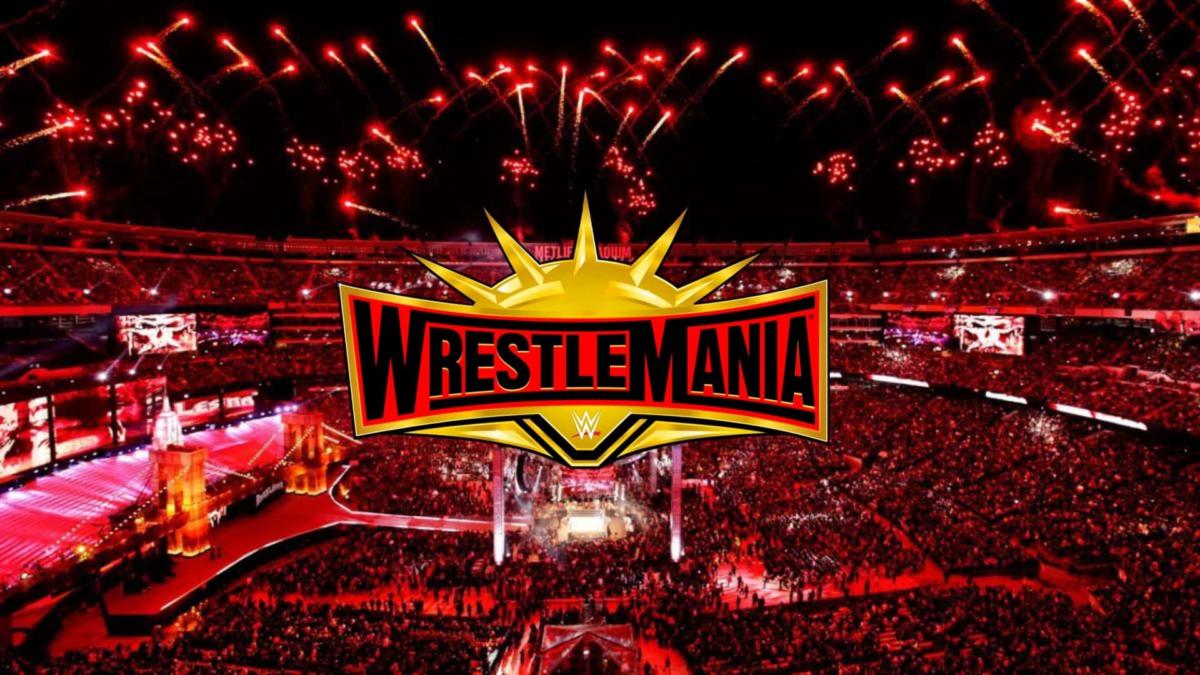