Wednesday’s action sees an easy win for Birmingham at Edgbaston, Graeme White took 4 wickets for Northants while Jamie Smith would star for Surrey against Hampshire Hawks.

Yorkshire won the toss and elected to bat first.

Ed Pollock and Hose would make short work of the target as they would finish with 33 off 23 balls and 46 off 31 ball respectively midway through the 9th over.

Ricardo Vasconcelos and Ben Curran would put on 101 for the opening partnership before the latter would be caught behind by Ned Eckersley for 62 off 33 balls with the former bowled by Ben Stokes for 60 off 45 balls. Josh Cobb would also be bowled by Stokes for 11 before Mohammad Nabi would be bowled by Ben Raine for 5.

Rob Keogh would be the final wicket to fall as he would be bowled by Matty Potts for 4 with Saif Zaib and Wayne Parnell unbeaten with 21 and 3 respectively.

White would also take the next couple of wickets as Eckersley would be caught by Curran for 9 before Raine was caught by Keogh for 3. Sean Dickson would be stumped by Vasconcelos off White for 40 off 36 before Scott Borthwick would be caught by Taylor off the bowling of Nabi for 26. Harry Crawshaw would be run out by Parnell for 4 before Jack Campbell would be bowled by Brandon Glover for 6 – Potts not out with 40 off 26 balls the joint top-scorer.

Northants travel to Lancashire on the 9th while Durham host Leicestershire tomorrow night.

Hampshire won the toss and elected to field first. 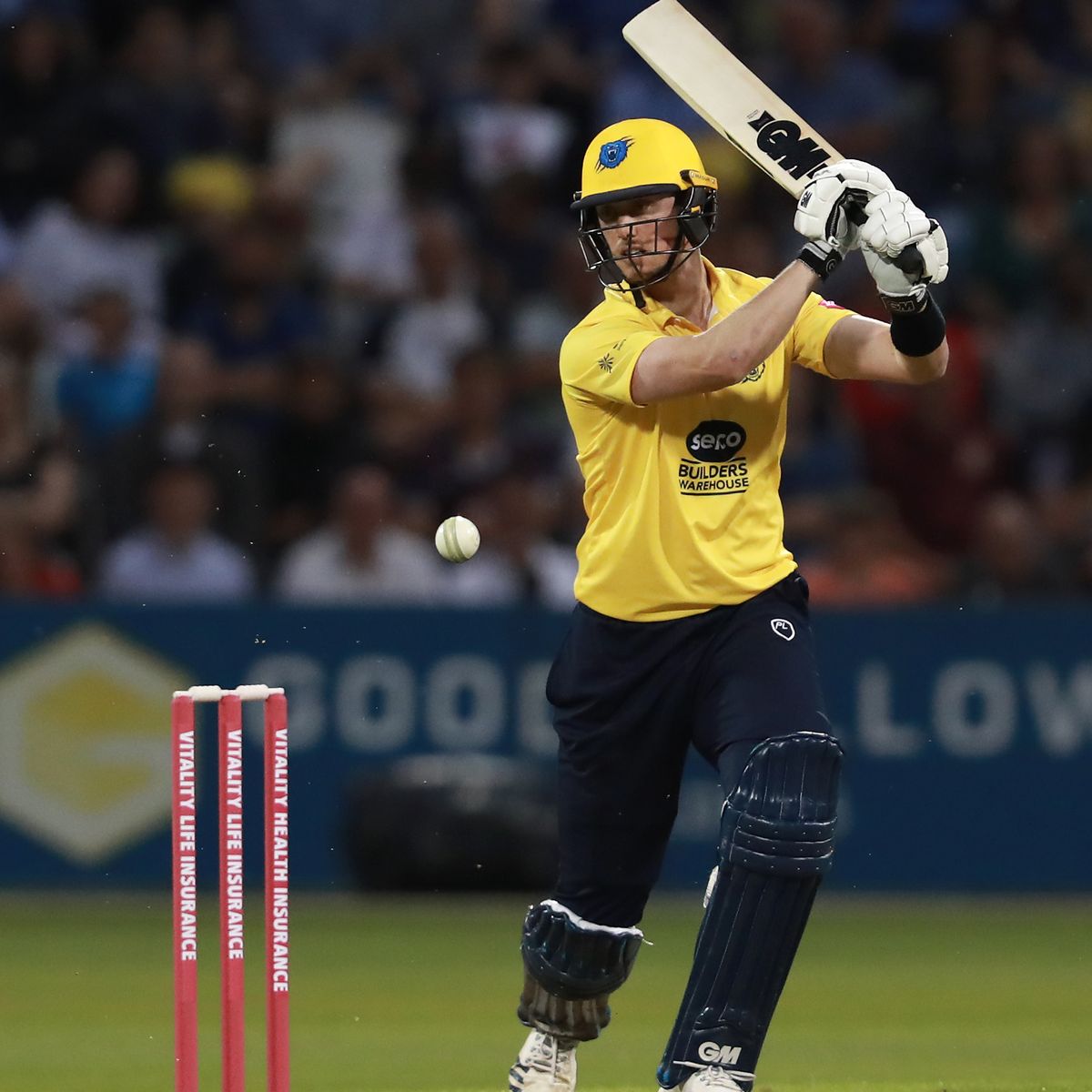