The start to the 2017-18 season has not been ideal for the defending La Liga champions. Real Madrid has definitely not been at its best in the opening games.

Real Madrid suffered a 3-1 loss to Tottenham Hotspur in Champions League on Thursday, 2nd November. The Madrid based side also suffered a shocking 2-1 loss to Girona who are playing in the La Liga for the first time. Fans always have high expectations from their favourite sides but Real Madrid has not lived upto the expectations of their fans. Real was absolutely commendable last season but performances have surely gone down. Real Madrid is currently placed 3rd in the La Liga behind FC Barcelona and Valencia and 2nd in Group H of the UEFA Champions League. Let’s look at few reasons behind Real Madrid’s failures this season.

​Real Madrid has had a very poor conversion rate this season. They have been creating chances but have failed to convert them into goals. Benzema has been very bad at finishing. Some clear and easy chances have been wasted by Real Madrid. The big names haven’t stepped up when the team needed them the most and the defenders have also not played their roles well. Sergio Ramos is known for his late winners but he has also not stepped up when the team needed him. Real Madrid also seems to have forgotten how to score from set pieces. Set pieces are brilliant opportunities to score, but Real has missed out on those as well. The execution of corners and free kicks has been poor.

Struggles at the Santiago Bernabeu

​This point might be a bit shocking for Real fans all around. Real has had an exceptional record at the Santiago Bernabeu. Beating them at the Bernabeu seemed impossible last season as they won 14 out of their 19 home games, losing only one of them. But this season, the case is turning out to be a bit different.

Out of the 5 home games played till now in La Liga, Real have managed to win only 2 of them. First, they drew 2-2 against Valencia and then 1-1 against Levante. Real, then lost 1-0 against Real Betis. The loss against Betis was one very unexpected and disappointing for both, the players and the fans. Betis, before this game, last won at the Bernabeu 19 years ago and being one of the best sides in the world presently, a better performance was expected from Zidane’s side.This was the first time since the 1995/96 season that Real Madrid failed to win any of their first three home games.

The Bernabeu crowd has also not supported their team in their difficult times. The booing and anger from the fans’ side after the disappointing performances has also played a role in discouraging the players resulting in further negative results. Every team goes through a tough phase, but this does not mean that the team will have to face criticism for the fans. The fans’ job is to encourage and support the team instead of showing their disappointment.

​Real Madrid have been struck with injuries quite frequently this season. Bale has been out for a long time which has left a big hole in the attack. Navas, Carvajal, Varane, Kovacic, all have been injured. This has somehow resulted in lack of coordination as the lineup keeps changing quite often. Kovacic’s injury didn’t seem to bother Real Madrid as they currently have one of the best midfields in the world. However, they were not able to cope up with Varane and Carvajal’s injury.

Zidane’s decisions were criticised when he let Morata, Danilo, James and Pepe go. They were all members of the first team and their absence is turning out to be very costly for Zidane’s side as the replacements available for the injured players are not good enough. Last season Real Madrid were being praised a lot for their bench strength but this has weakened Real Madrid’s bench strength.Letting go of the future stars is costing Real Madrid badly.

Problems at the back

​This is another point no one would have expected after last season’s incredible and brilliant performance at the back. Real Madrid have rarely suffered on the flanks in past, but this season is going completely in the wrong direction for Real.

Marcelo is not performing to his usual standards. Letting Danilo and Pepe go has left Zidane with Hakimi as an option. However, simply and understandably, young Achraf is not able to play the role that the big players played. Last season, Marcelo and Ronaldo had a great coordination with Marcelo assisting most of Ronaldo’s goals.But, this season, both, the Brazilian and the Portuguese, haven’t stepped up. Pepe might be criticized for being booked several times in a single season, but, the defensive services that he provided, are surely being missed by Zidane’s side. Varane is also injured currently and the problems at the back just dont seem to stop for the defending La Liga champions.

Some silly defensive errors have also created problems. Real has conceded goals even when they were in full control of the game. The defenders do not seem to stick to the game plan as they are caught out of position many times. These errors make counter attacks very easy for the opposition. Real has conceded several goals from counter attacks. Zidane should probably be looking for a good defender for his side because he has already made a mistake by letting Danilo and Pepe go.

​Ronaldo has been one of Real Madrid’s key players ever since he has joined the side. His form has meant the team’s form. However, this season has not been a very good one for him. He has only scored a single goal in the La Liga till now and 8 overall in the season. Ronaldo has a conversion rate of 2.5% this season which means that he scores one goal for every 40 shots he takes. This is very very unusual for a player of his calibre.

Ronaldo is no more the old Ronaldo who liked to dribble the ball and take it past the defenders. Now, he prefers being given the ball where it is easy to just feed it into the goal. That did not seem to be a problem until last season as James, Marcelo and Morata provided him the ball in front of the goal. However, with Marcelo not being able to perform well and James and Morata being in Bayern and Chelsea respectively, this is turning out to be a problem. The responsibility now came on Isco and Kroos’ shoulders who have done their jobs nicely but, the luck does not seem to go on their and Real’s way this season.

Ronaldo is probably going through the most challenging phase of his Real Madrid career as his attempts just don’t appear to go towards the goal. Ronaldo is one of the team’s most senior player and thus, should take some responsibility and step up in the team’s difficult time. It’s time for Ronaldo to show what he can do. 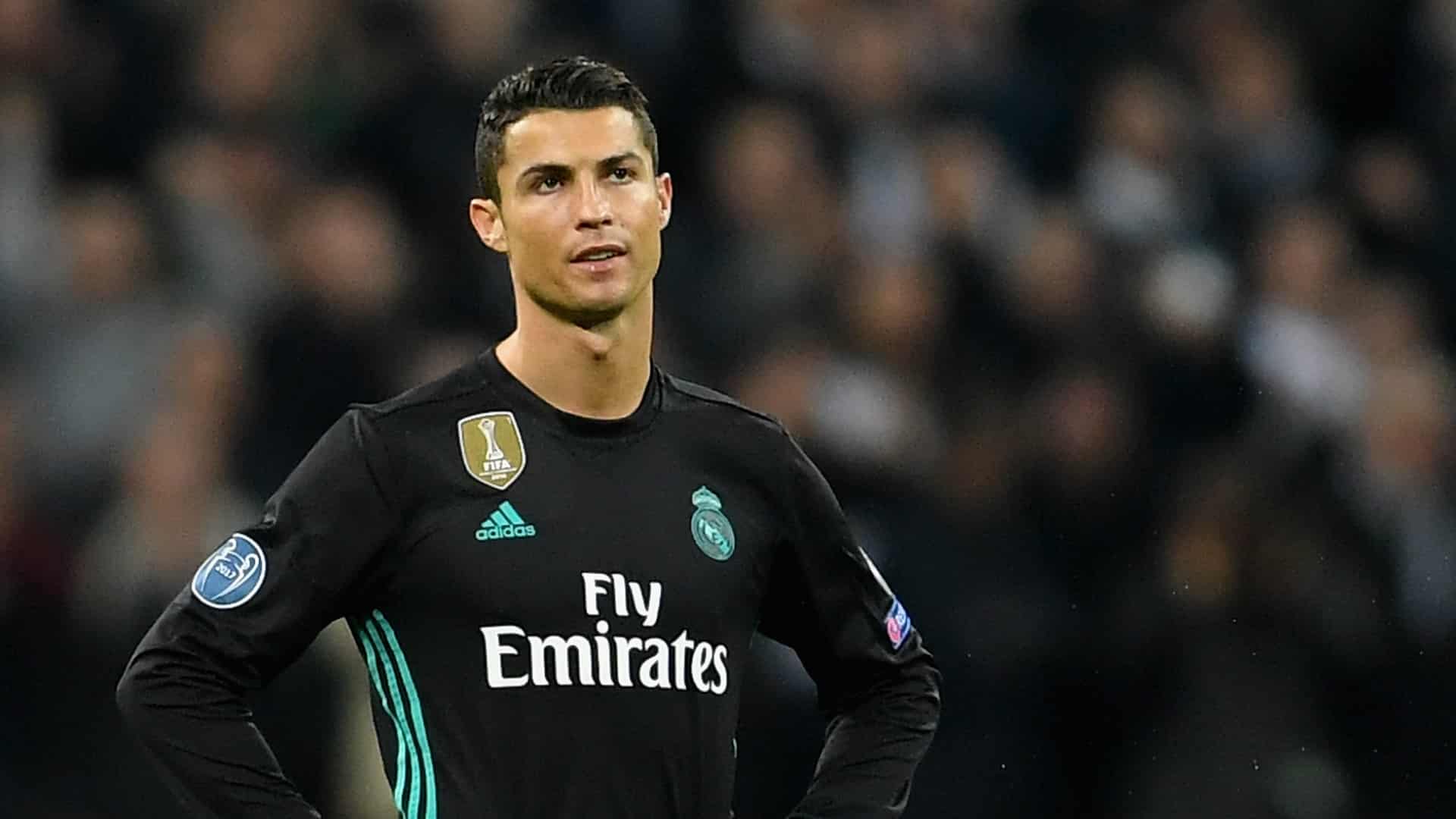