England stole the thunder from India on a day when international cricket returned to the country after a gap of more than one year with India vs England Test series beginning in Chennai on Friday.

And the man who was mainly responsible for that was the visiting skipper Joe Root who seems to have carried on from where he left at Sri Lanka last month.

The England captain remained unbeaten on 128 on the opening day of the first Test that saw the visitors sitting pretty at 263/3 on the back of a 200-run partnership between Root and opener Dom Sibley. They would have been in an even better position if, after his wonderfully gritty 87, Sibley hadn’t got out in the final over of the day.

At 63/2, batting first after winning the toss, England looked vulnerable. Opener Rory Burns threw away the start by trying to play a rather unnecessary reverse sweep against Ashwin. Dan Lawrence was done in by a Jasprit Bumrah ripper before opening his account.

Joe Root took time to get his timing right and once he settled down, there was not a single false stroke from his bat.

The 30-year-old Yorkshireman was brilliant in throwing the spinners off their length. He chose to sweep — even reverse sweep — with ferocity when the ball was an around good length and that made India’s three spinners Ravichandran Ashwin, Washington Sundar and Shahbaz Nadeem alter their length. The cut shot, including a few delicate late-cuts, was out of the bag when the ball was pitched slightly short and for anything overpitched, the drive was on offer.

There wasn’t much more than India could have done to stop Root (128 batting) on Friday. The England captain was perhaps in the form of his life hitting his 20th century Test century.

This was his third century in as many Tests this year, with earlier two coming in Sri Lanka in the previous series that England won 2-0. He also became the ninth batsman in history to slam a century in his 100th Test.

The trickle of runs in the first two sessions got a little thicker in the third with Nadeem going at more than three-run per over and Washington conceding 4.5. It meant India sorely missed the injured Ravindra Jadeja and the stranglehold that they had on the Aussies a few days ago was significantly lesser.

Root’s game-management was first-class. He saw off dangermen Bumrah and Ishant Sharma, wore down Ashwin and targeted Nadeem and Sundar – the weak links in the Indian bowling. The two went for 124 runs between them in 32 overs.

Despite being a part of the ‘Big Four’, Root carried an outsider’s feel in that group. Kohli, Steve Smith and Kane Williamson have more Test centuries and 50-plus averages. But on Friday, the Englishman showed he is no pushover.

“Some people were starting to doubt if he (Root) belongs to that group of Virat Kohli, Kane Williamson and Steve Smith when he went through a lean patch last year — but don’t forget he was still averaging 40 in that period!” former England skipper Nasser Hussain reminded all.

“I am ready to start again and we are looking to take the score to somewhere near 600,” Root warned India at the end of day’s play.

Joe Root on Friday hailed India captain Virat Kohli for his “good sportsmanship” after the latter helped the England skipper, who went down on the pitch with a cramp.

The incident took place in the concluding minutes of the play on day one of the opening Test. After smashing a six off Ravichandran Ashwin’s last ball of the 87th over, Root went down on the pitch with a cramp and Kohli helped him by stretching his right leg.

Root acknowledged Kohli’s gesture in the press conference after the day’s play and said: “It was a little bit of a cramp which was a bit frustrating. Very kind of Virat to help me out. Good sportsmanship from him as you would expect.”

This ‘Spirit of Cricket’ gesture by Kohli won the hearts of the fans. 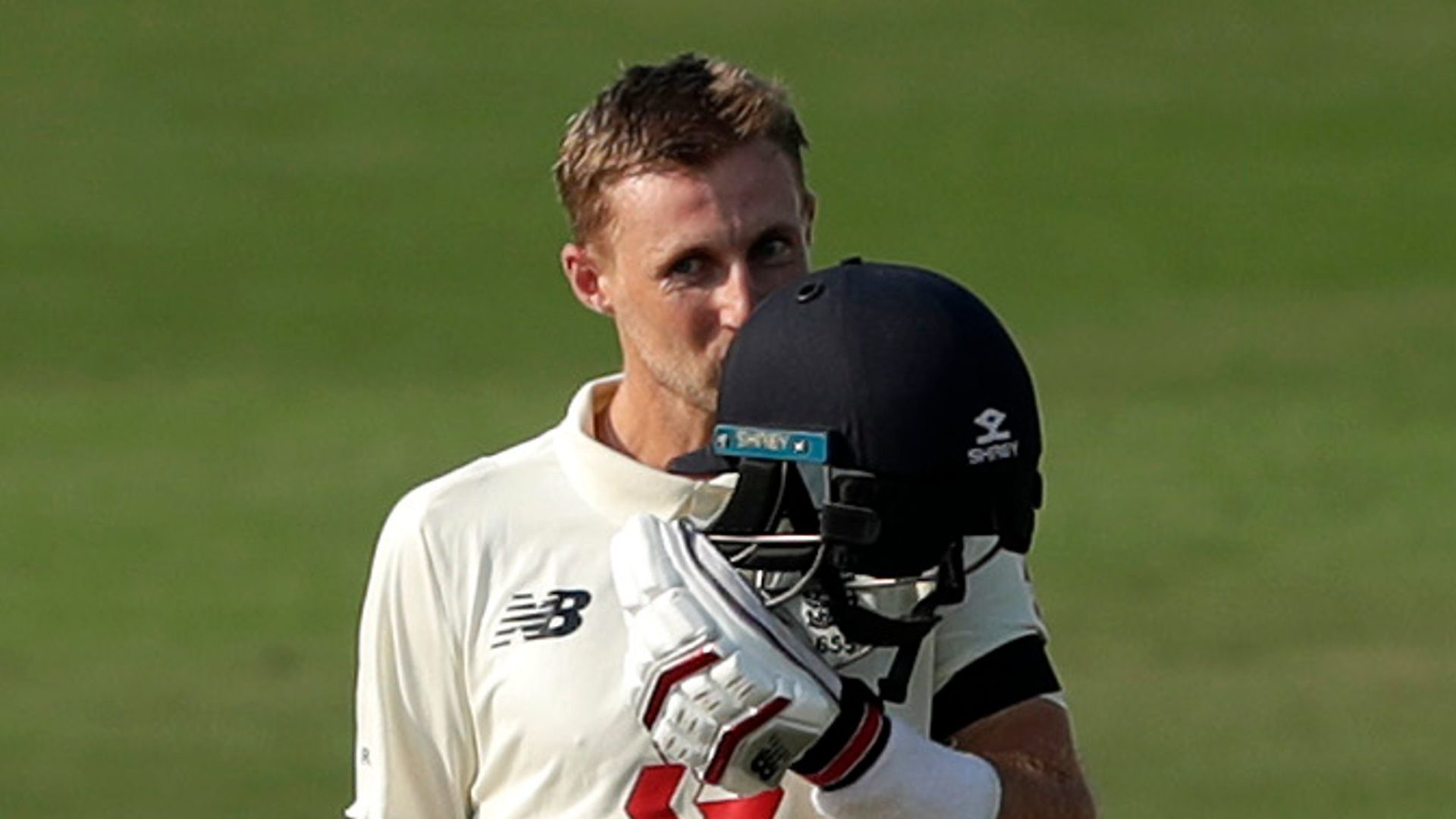