I am Raghav Ravichandran. I have been writing about my passion, something that’s close to my heart – Cricket for about three years now. It has been a pleasure and a humbling experience to cover various aspects of the game I love so much and get that published in prominent, popular websites/ portals.

An immediate aftereffect of writing time-bound, relevant articles that catch the reader’s attention is the number of reads or the reach one article gets. At one stage in late 2019, heading into Jan-Feb 2020, each article of mine no matter the length of the article (be it a news piece or a in-depth analysis) was touching 100,000 or more reads.

To be honest, it felt like I had finally arrived as a Cricket Analyst! After tirelessly and patiently covering lot of series including few IPL’s, the 2019 season of the IPL which was followed by the ICC Cricket World Cup, 2019 little later meant it was the best time to be writing about the game. In that 5-6 months period, I would have written around 100 articles for 2-3 prominent websites.

But in the background, there were few well-wishers who had read my work who suggested I try to move into the most popular format to remain relevant and popular: Audio. I saw value in their feedback & suggestions but my work commitments along with writing articles for few websites meant I never got a chance to think about converting my passion into something bigger.

But out of the blue in the first week of March, 2020, I got to know that two websites I was writing for are going to close their doors to freelance writers. It was a consequence of change in managements & a cash crunch which resulted in those companies preferring to hold on to full-time employees and let go of freelancers.

To be honest, it felt weird & odd. As, here I was churning out articles that got read by lacs of readers(a combination of the articles and where it gets published) and all of a sudden there is no possibility of writing for them anytime soon. As we build a good cordial relationship with the content team and it was hard to let go that easily.

Well then towards the end of March, 2020 we all know what hit the world- COVID-19 pandemic. If the situation in Cricket content companies was slowly going out of the hands of freelancers, well the pandemic sealed that. With no Cricket in sight and with revenues diminishing for all companies, quiet obviously Cricket Analyst’s like me had to see our passion getting grinded to a stand-still.

There were two paths ahead for me: Continue to write for some websites who were in a search of revamping cricket content (relatively unknown names in the Cricket content space) and stay where I was and face the eventuality of becoming irrelevant as a writer; or convert this challenge that the pandemic had thrown at me and expand my reach as a Cricket Analyst.

I decided to mix both the options. The biggest turnaround point in my Cricket Analyst journey was moving into Audio. A chance discussion on WhatsApp with one of my really close friends, Sooraj turned into us creating a podcast where we can talk & express our passion for the game we love so much! And that is what ‘Cricket Unplugged- A Podcast on Cricket’ is! https://open.spotify.com/show/5E8qIPay4Um9zt65PhoSOI

In the past 7 months, we have managed to publish 38 episodes with a total play count of over 8600 and it’s on the rise on a daily basis!

Around the same time I started doing my podcast on Cricket, I got a golden opportunity to be featured on International Radio for the first time in my life! FullToss- The Voice of Cricket in the USA, got me on as a guest for about 5-6 weeks and slowly after gauging the response the show received to post my inclusion, I am now a Special Correspondent and I get a dedicated 7-10 minute slot on an international radio channel!

Not even in my wildest dreams, did I think that me expanding & broadening my horizon lead to such a fabulous outcome. Now I still continue to write about Cricket & even Movies and Music but it gives me such personal thrill & satisfaction to ensure that I add value each week I come on Radio along with making sure listeners remain loyal to , my Podcast and also attain new listeners!

COVID-19 and its aftermath could have completely drained out creativity from most people, in fact, the doom & gloom surrounding us could have ended any activity creatively. But how I would want to end this article is by saying that when you are cornered and feel lost, helpless use that as an avenue of opportunity and continue creating impact!

Many of my well-wishers were surprised when post probably one of the most iconic series of Test Cricket (Border Gavaskar Trophy, 2020-2021), not a single article was published by me. Well, by the time I got to a point where the enormity and magnitude of India’s achievement had slowly started to sink in for me, a considerable amount of time had gone by.

But it’s not like I never spoke about what I thought about that series as in the latest episode of ‘Cricket Unplugged’, I got to express my admiration & respect for an Indian team that showed resilience & grit well beyond what anyone perceived!

And as the old saying goes, ‘Everything happens for the good’. A prominent Indian radio channel (Radio Pattas, 91.7 FM) based out of Cebu, Philippines want to expand their reach in the Indian market. So in that pursuit, they want to include Indian voices who can add value in their expansion journey. And after deliberating & discussing with the Radio channel’s India Head, my Podcast on Cricket will be aired on Saturdays at 9 PM IST!

It gives me an additional kick or thrill to be associated with a brands expansion path as I myself started out in the Audio or Broadcasting space 6-7 months back and I know what it feels to tirelessly put out content and do everything in your hands only to leave it for the listeners to decide how good, bad or worse the output is.

For sure, I am hopeful that some websites/portals that many of close friends & family usually associate me & my writing with will open their doors for freelancers again! In fact, one of them said there could be a need for freelancers as they approach IPL 2021 and beyond! Fingers crossed, as I personally want to strike the perfect balance between following my passion as a Cricket Analyst(Audio & writing about the game that I love so much) in the coming days & months!

Never, ever let go of the creative side in you. You never know how many people enjoy and take solace from your writing/ podcasts. I have personally seen my value in Cricket circles especially in SM go up in the past six months!

Convert any adversity/challenge you have into an opportunity; one that would change your life for the better! 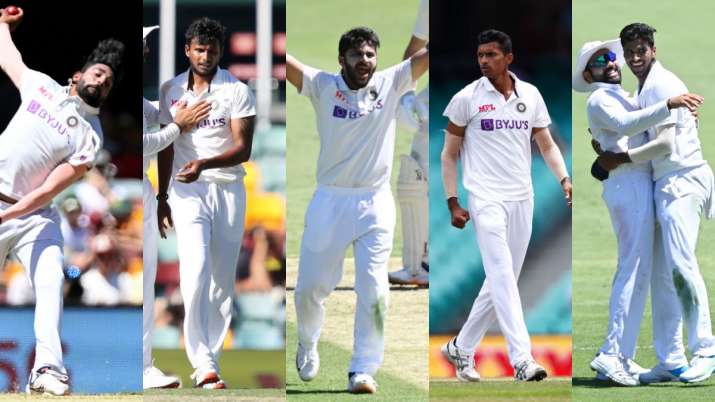