Richmond Tigers have made it back-to-back premierships and three from the past four years at the 2020 AFL Grand Final in Brisbane.

Read on to see how the game progressed, quarter by quarter.

The AFL Grand Final kicked off in gruelling, injury-ridden fashion as the two clubs struggled to trouble the scorers in the early minutes.

In a five-second span, Richmond’s Nick Vlastuin and Cats veteran Gary Ablett both went down, eventually being taken off before play could resume. The latter returned to the field later in the quarter to continue the last game of his career, while Vlastuin was ruled for the game.

Back on the field, the Tigers broke away with two straight goals before the Cats tried to inch their way back in. A late goal to Mitch Duncan gave Geelong a one-point lead to close out the first quarter of play.

After a quick break and a AFL Grand Final sprint, it was Geelong who got off on the right foot as Dangerfield kicked a six-pointer off a free-kick.

That was the start of an unbroken spell of 21 points to give the Cats a clear lead. The domination of play did take a while to translate to points, but it seemed there would be no looking back once they found the goalposts.

But a moment of brilliance from Dustin Martin kept some hopes alive of a Yellow and Black comeback, tightening the margin to 15 heading into the main break.

The Tigers finally went full throttle as early goals to Jack Riewoldt and Jason Castagna brought them within reach of the lead.

The Cats responded with a goal of their own, but Richmond’s firepower was on full display. Martin put them in front halfway through, before Geelong wrestled in a vain attempt to take back the lead they had fought so hard for in the previous term.

Ablett experienced some further shoulder concerns during the quarter, further souring Geelong’s third-quarter performance. With only one term to go, it became do or die for both sides.

The final quarter was all Richmond, with a Dion Prestia goal starting a massive final surge to put the Tigers well and truly in front.

Geelong’s horror quarter was made worse by a massive collision that saw Sam Simpson taken off with fears of concussion. Sam Menegola did what he could for the Cats with a goal to keep their premiership chance alive.

But it was too little too late, with Jack Riewoldt sealing the game for Richmond and an insane goal by Martin from the boundary inflicting further pain before the siren sounded.

Martin’s four-goal haul earned him his third Norm Smith Medal for the best player on the ground, a feat never before achieved. All three were won during Richmond’s premierships in the past four years.

And Gary Ablett may not have gone out with another flag, but the two-time premiership winner with Geelong was given a touching tribute from teammates and opposition as he walked off the field one last time.

The result closes out what has arguably been the toughest season of Aussie rules football in the game’s history. The season was initially shut down due to COVID after only one round, before returning in a condensed format in which all but the league’s two Queensland teams were required to temporarily relocate at various stages in order to keep the season running.

It was a season full of history-making moments, concluding with a capped crowd at the first AFL Grand Final to be played away from Melbourne in the wake of the COVID outbreak there.

All 18 clubs can now rest over the summer before preparing for a brand-new season of footy following the end of what we hope will have been the worst of the pandemic. 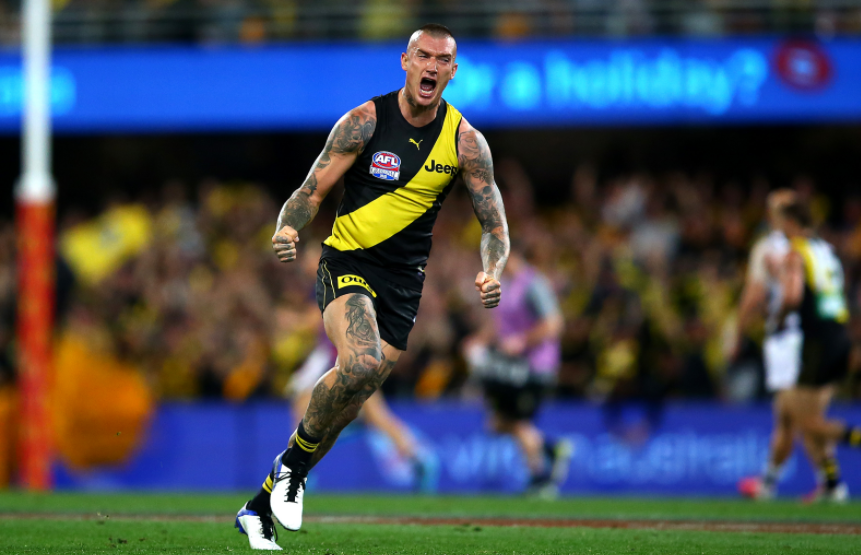