New Zealand Left-arm spinner made history in Mumbai today by becoming only the third bowler after Jim Laker and Anil Kumble to take a 10-wicket hall in a Test match innings. The 33-year old ended the hosts’ innings of 325 by claiming all 10 wickets for 119 runs

The opening day’s play was cut short due to Bad Light. The hosts were 221-4 with Mayank Agarwal reaching his fourth Test hundred, meanwhile, Patel who had bowled so well through this series was looking for more on day two.

And it didn’t take long to get his fifth wicket, Wriddhiman Saha who went for an ambitious cut of a good length ball failed to read the lack of spin on the ball, was trapped in front for 27, with the score 224-5

Ravi Ashwin was Patel’s sixth victim, A beauty! the ball pitched in the middle and hit the off-stump. India’s number one spinner was on his way to the pavilion for a first-ball duck. Ashwin unknowing went for a review, but the on-field Umpire confirmed that he was clean bowled.

It was 224-6 when Axar Patel joined centurion Agarwal at the crease and ensured there were no more hiccups from the home side heading into Lunch.

But in the post-lunch session, Ajaz started to find his groove again, and once Agarwal had reached 150, his innings finally came to an end at 291-7, courtesy of another beauty from the left-arm spinner, in which the ball spun, bounced, and took the edge. Tom Blundell taking a sharp catch behind the stumps.

Axar seemed to be coping well with the conditions and with Ajaz’s threatening spell. however, he became a little too overconfident and tried to pad the New Zealand left-Armer. The decision that was originally given not out was overturned by DRS(Decision Review System), and Axar was on his way back to the pavilion for 52, with the Kiwis 316-8.

It seemed as if the Wankhede pitch was a spin bowler’s paradise, with the ball turning and bouncing extravagantly., and Patel prove this by claiming Jayant Yadav as his ninth scalp. It was obvious that with Umesh Yadav at the crease and Mohammed Siraj still to come, the 31-year old had no choice but to keep the scoreboard moving. He came down the pitch, attempting a lofted straight drive, but ended up picking out Rachith Ravindra at long-off. Yadav was on his way for 12 with India 321-9

The hosts bowled the Kiwis out for a mediocre 42, Ashwin, Siraj and Axar Patel doing the bulk of the work, with the Off-spinner being the star with 4-8.

India ended day 2 69-0 with Agarwal at the crease.

Virat Kohli’s side may be sitting on top in this Test, but these two days in Mumbai will be remembered by those ten wickets taken by New Zealand’s Ajaz Patel 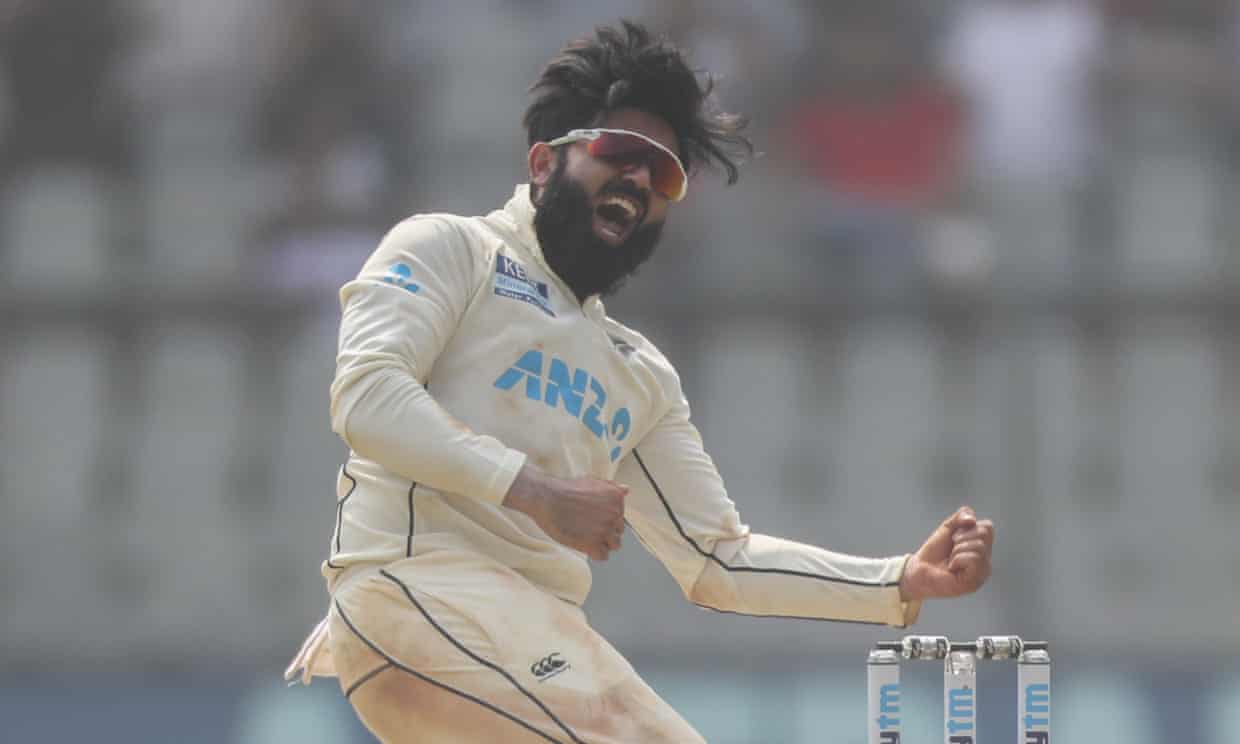