No one expected India with 6-7 of their main players having been injured to create history in Australia. But they proved everybody wrong in what would go down as one of the finest series of Test match cricket we all would have witnessed in a long time.

Australia gave it their best, had a full-strength squad and barring the countless chances & opportunities they missed, the complete credit should go to the fearless and courageous Indian team under the cool & calm captaincy of Ajinkya Rahane. To come back from 36 all out to win the BGT series 2-1 still hasn’t completely sunk in.

After such an iconic series, even more so considering the times we are in with the strict & harsh quarantines, it certainly can take a toll; physically & mentally. And that was evident in an absolutely flat pitch in the first Test at the Chepauk where England won a critical toss and piled on the runs with a fabulous double century by Joe Root.

India wasn’t good enough in that game, but it would have been almost foolish to rule out a current lot of Indian players especially after their exploits in Australia. What followed was a hapless England capitulating to three miserable defeats.

Ravi ‘Legend’ Ashwin: The maverick proves all his critics wrong with a series-defining performance

India needed to bounce back strong after a bad loss in the first Test. Not only was the series on the line, so were their chances of making it to the prestigious World Test Championship(WTC) finals. They had to beat England either 4-0, 2-1 or 3-1. A 2-2 result would have meant Australia would have sneaked into second place in the WTC standings.

The pitch for the second game and thereafter definitely favoured spinners and for sure could have been better as two-day finishes isn’t the best advertisement for Test cricket in a T20 dominated year otherwise what with the World T20 to take place later on in the year.

Irrespective of the conditions, the spinners had to deliver. And they certainly did! It was extremely nice to see skipper Virat Kohli mention after R Ashwin crossed a special milestone of 400 Test wickets that from now onwards he’s going to address Ashwin as a ‘Legend’.

And he deserves all the praise. 32 wickets in the four-match series,  eight Man of The Series award in thirteen home series wins. These are phenomenal and insane numbers. Yet there is some section of his critics who call him a home town bully, still.

Hopefully after what happened in Australia which was probably the best R Ashwin has bowled overseas, and then to follow it up by being instrumental in India’s decimation of England’s hapless batting(irrespective of the rotation policy), where apart from Joe Root and to an extent Dan Lawrence seemed to have any clue how to counter the turning ball!

But what will stand out personally apart from the masterful, well thought out plans Ashwin had to each English batsmen en route getting the 32 wickets was his stupendous century in pitch conditions that was termed many things including a ‘beach’ by some cricketing experts.

That was an absolutely mind-blowing show of grit, determination & application from the batsman R Ashwin! This would rank as high as Rohit Sharma’s series changing 161 on the same pitch. Rohit helped India gain momentum, but Ashwin’s fifth Test ton ensured India could go on an unstoppable rampage thereafter!

The youngsters coming through the ranks can most certainly handle themselves

s speaks volumes about how much a seasoned campaigner in the domestic season can bring onto the international stage. All the hard work paid off as he had England reeling pretty much from the first ball he delivered & continued to deliver through his pinpoint accuracy.

Prior to Rishab Pant’s heroics at the SCG and critically at the Gabba, Brisbane lot of people felt India were lengthening their batting lineup at the expense of leaving out their first choice wicket-keeper Wridhiman Saha. Well, post-India’s last two Test series wins there shouldn’t be a doubt who will don the gloves for India in whites in the upcoming years!

For someone who last played a domestic or first-class game in 2017, Washington Sundar has been truly amazing since he made his debut for India. The maturity & composure he showed at the Gabba when he was up against the best bowlers in the world to the way he tackled the English attack in some really tricky situations in this series has been fabulous to witness.

India has unearthed three potential match-winners for the long run(probably Axar Patel only in Indian or sub-continent conditions once Ravindra Jadeja is fully fit). They not only created a tremendous impact individually but also nullified the fact that Shubman Gill, Ajinkya Rahane, Virat Kohli and Cheteshwar Pujara had a very ordinary series considering their quality.

Is such a Test series good for the longest form of the game, especially in India?

The result may well have been in India’s favour but the larger question to be asked is such a series where are games finishing in less than two days or three days good for the longest form of the game? A form of the game that has required some injunction in recent times with the introduction of Pink Ball Tests and the formation of the World Test Championship.

A country that now hosts the largest ground in terms of capacity at Ahmadabad, which surpasses the iconic MCG, certainly deserved a better first game. The pitch was a rank turner and with the pink ball, it became impossible for both sides to do much.

BCCI is pretty clear about portraying this new stadium as the flag-bearer of bigger things to come; what with all five T20Is vs England scheduled to be held there and also all the IPL 2021 playoffs fixtures. It sure is going to be a spectacle.

But I would want to end this piece on the India-England Test series review by asking you the reader: Do you want India to follow what countries like Australia & England have been following even now: Pick 4-5 grounds where Test cricket should be played or would you prefer what happened in the recently concluded series where the quality of pitches wasn’t the best and two games finished in a span of five days?? 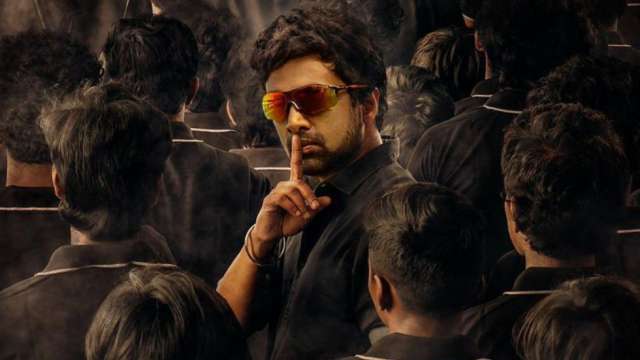