According to Mundo Deportivo,(via Marca) Arsenal are one of six clubs (which includes Everton, Tottenham, Bayern Munich, PSG, and Villareal) to contact Catalan giants Barcelona to enquire about the 22-year-old defender Emerson Royal, who’s at La Liga side Real Betis since 2019.

It was a curious case for Emerson’s transfer. Going Back in 2019, The Blaugrana agreed with a deal to bring Emerson from Athletico Mineiro( Brazilian Serie A club) for around €12 million but instead of paying the complete transfer fee, they struck an interesting partnership with Real Betis.

In which they both will complete a joint signing of Emerson Royal with both splitting the transfer fee and in return for the investment Betis wanted him on loan till 2021 and an agreement was made for Emerson to return to Camp Nou in the summer of 2021 for €9 million, so Betis gets a talented player for 2 seasons without even paying the loan fee.

Barcelona wanted Emerson to settle in La Liga and should get regular playing time, so it was a deal benefitting all suitors. So, Interestingly Emerson was a joint property but will come under the sole proprietorship of Barcelona this summer.

Emerson has settled to Spanish life really well, he has been one of the most impressive full-backs in La Liga over the last couple of campaigns and a lot of European giants are monitoring his situation.

He’s an attack-minded full-back who loves getting forward. He’s quick, strong, aggressive, and athletic a perfect recipe for the makings of a modern full-back. He has contributed with 14 direct goal involvements in 72 appearances he had made over 2 seasons.

Emerson is blessed with ‘raw pace’ that allows him to bomb up and down the flanks to provide the width and offer an outlet. He’s averaging 45.7 passes out of which 1 key pass, 1.2 long balls, and 0.7 crosses per 90 which indicates he’s not a volume crosser but he’s very incisive with his passing ranking 3rd in Betis squad for progressive passes for a full-back it’s rare. In possession, he has completed second-most carries in the Betis squad.

He’s very sound at tracking back and recovery and underlying stats suggest he’s an aggressive defender as he completes 4.6 tackles & Interception a game which takes him in Top 10% of fullbacks all over Europe for this stat. He’s an intense presser too completing 16 pressures per 90.

At, 6 foot, he’s no pushover in the air too, winning 60.3% of his aerial challenges competing for 3 aerial duels per game, which is decent for a fullback.

The Brazilian is expected to link up with the Catalan squad for pre-season training with the view of potentially getting into their first-team squad. He earlier expressed his desire to play for the Blaugrana, he even has a house over there and has also applied for the language exam to get Spanish Citizenship but if he’s unable to make it there it’s believed that Premier League will be the next destination for him.

Barcelona are in all that debt and has also taken a big loan from Goldman Sachs to pay off the wages also Laporta has also asked certain players on fat pay cheque’s to take lower wages, Sergi Roberto, especially, they are seeing this from a financial and would love to turn a profit on the Brazilian and they are holding out for about €25 million for him.

He would be an excellent option for clubs like Munich, Barcelona, Spurs, and Milan as there aren’t many young decent fullbacks available in the market to suit that dynamic fullback role. And Emerson is available at 25 million, a bargain price for one of the best fullbacks in La Liga.

Each of the abovementioned clubs is desperate for a fullback, Everton wants a long-term replacement for Seamus Coleman who’s nearing his retirement, AC Milan is still undecided on their current options Conti and Calabria and Arsenal want to get rid of Bellerin to replace him with a more attacking fullback. So, it’s fair to say that there will be good demand in the market for attacking fullbacks.

Emerson will be a perfect fit for all of them as he has all the traits to turn into one of the best-attacking fullbacks on the continent. At 22, there’s, even more, remain to be enhanced. If Barcelona does decide to cash in for him then there will be no shortage of suitors.

However, Barcelona may need a fullback too with Sergi Roberto’s contract situation up in the air as he’s refusing to half his wages.

Do let us know in the comments, Where will Emerson move this summer and How will he fit into your team? 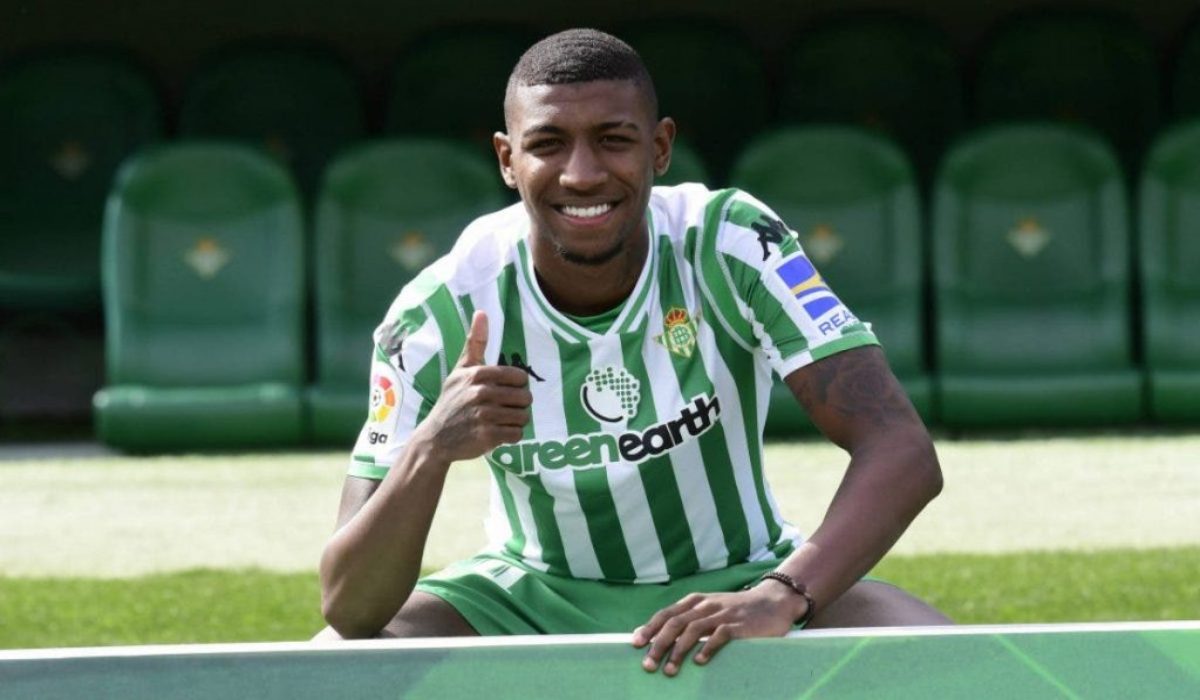