According to famous Italian Journalist Fabrizio Romano, Everton are leading the chasing pack to sign Norwich city full-back Max Aarons and are in ‘advanced talks’.

The toffees are hoping to reach an agreement soon for the England U-21 International who has been excellent this season in the Championship for the canaries and helped his boyhood club to get promoted to the Premier League again.

Barcelona, Bayern Munich, and Tottenham all have been linked to the young right-back in the past but Norwich persuaded him to make him stay at the club for 1-year and now they are in a pole position to negotiate with all potential suitors for the best possible deal.

“Everton are leading the race to sign Max Aarons – advanced talks and negotiations progressing for the right back.”

“Many clubs are interested as Max Aarons will leave Norwich in the summer – Everton has started contacts since February and hope to reach an agreement soon.”

This comes as music to ears to the Everton fans, the club invested in Norwich youngster Ben Godfrey last summer, and since arriving he has proved to be a good buy for the toffees with his versatility being the key. The board are looking to do the same with Aarons, who has been sensational for the Canaries on the right-flank this season.

Aarons, with his pace, dribbling, and attacking prowess has all it takes to be a Modern-day Premier League full-back. He pushes forward a lot to provide an outlet on the right or an overlapping run around the outside of the impressive Emiliano Buendía on the right side of Norwich’s midfield. Buendía is a creator for the Daniel Farke side who drifts infield rather than hugging the touchline, so Aarons is regularly asked to provide width.

His positional sense and intelligence are key as he is making only 0.7 tackles per game which tells that he doesn’t dive into tackles or rush towards the ball instead he is calm and composed on the ball, looking to make those little plays and create half-spaces. He is currently completing 1.4 quality dribbles per game and making 1.4 key passes per game.

He is averaging 2.3 long balls and 0.8 crosses per game which resembles that Aarons is more of a creative full-back than the one who looks to reach the by-line and ping balls in for forwards. He loves to take on players in a physical battle using his upper body strength. His pace, quickness and intelligence makes him a very handy outlet on the right-side.

He is very apt at playing those little give-and-goes and short passes combining with the creative midfielder to create spaces.

In terms of his weakness, his aerial ability is very poor and his crossing and tackling numbers are not very fascinating too but he’s the all important experience in playing at the big stage and at just 21 the development years are very much ahead of him. He has all the potential to become an expansive and established Premier League full-back.

West Ham and Tottenham are both also very keen on the England U-21 International, who is rated at £18-million according to the transfermarkt.

With his contract up-until 2024, the ball is pretty much in Norwich’s court and they can ask for a hefty fees to prise away from Aarons.

Everton do need depth and cover across the whole pitch, but the situation at right-back is very precarious with the veteran Seamus Coleman being the only real option with centre-half Godfrey being forced many times to play over there.

The toffees are also looking for a long-term successor to Seamus Coleman whose legs are now picking up a bit and injury prone. This all makes Aarons a no-brainer for Everton but it would take a good fortune near to £30m to get the future star. 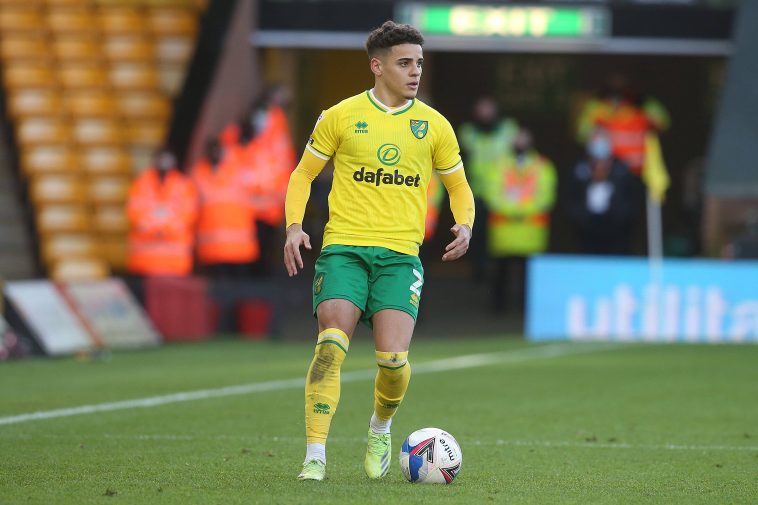