Arsenal has completed a £45m signing with Machester City for the Brazilan forward Gabriel Jesus.

Jesus will wear the No.9 shirt worn by Alexandre Lacazette who after 5 years with the team has returned to Lyon.

The 25-year-old is Mikel Arteta’s fourth signing this summer following Striker Marquinhos, goalkeeper Matt Turner and Midfielder Fabio Viera (who is injured before the pre-season tour).

Arteta who has worked with Jesus as a coaching assistant under Pep Guardiola said: “The club has done a tremendous job to recruit a player of this stature” and that he is “very excited” by the arrival of Jesus.

For the past, five and a half years that Jesus was at Man City he has made 236 appearances, scored 95 goals and won four Premier League titles, three League Cups and an FA Cup.

In an interview posted on Arsenal.com, the Brazilian said one of the reasons he left City to join Arsenal was due to Arteta.

“He’s a very intelligent guy and was an amazing player, so if he knows something he can teach me or the young players.”

Arsenal’s loss of Lacazette and Pierre-Emerick Aubameyang (who joined Barcelona on a free transfer) and Man City’s signings of Erling Haaland from Borussia Dortmund (£51m) and Julian Alvarez from Atletico River Plate.

Arsenal’s desperate need for an attacker gave Jesus the opportunity to leave.

Arteta said: “This is a position that’s been on our radar for a long time now and we have managed to get a player that we all wanted, so I’m really happy.”

In a tweet, Jesus said: “Thanks Man City and all the people who made this club my life for all these years. Time to live a new dream!”

On leaving Man City the Brazilian international said: “It’s been a pleasure to play for Manchester City.

“I feel like I am a better player now than when I arrived, and to win 11 trophies has been amazing.

“My four Premier League titles are particularly special for me.

“I want to thank everyone at City, the manager, my teammates and the fans for all the support they have given me over the past five and a half years.”

Other than the chance to work with Arteta again, the 25-year-old stated that growing up in Sao Paulo although he didn’t follow many European teams he enjoyed watching Arsenal because of Thierry Henry.

On the fourth of July with the departure of Jesus, Man City announced the signing of 26-year-old midfielder Kalvin Phillips on a six-year contract.

The former Leeds United midfielder assisted 14 goals and scored 14 goals in his 234 appearances for the club over eight seasons.

Phillips said: “I am absolutely delighted to have joined Manchester City.

“City has again proved to be the best team in the country with an amazing squad and a manager in Pep Guardiola who is rightly considered to be the finest in the world.

“To be able to play under Pep and learn from him and his coaching staff as well as be part of such a fantastic squad is a prospect that I am incredibly excited about.” 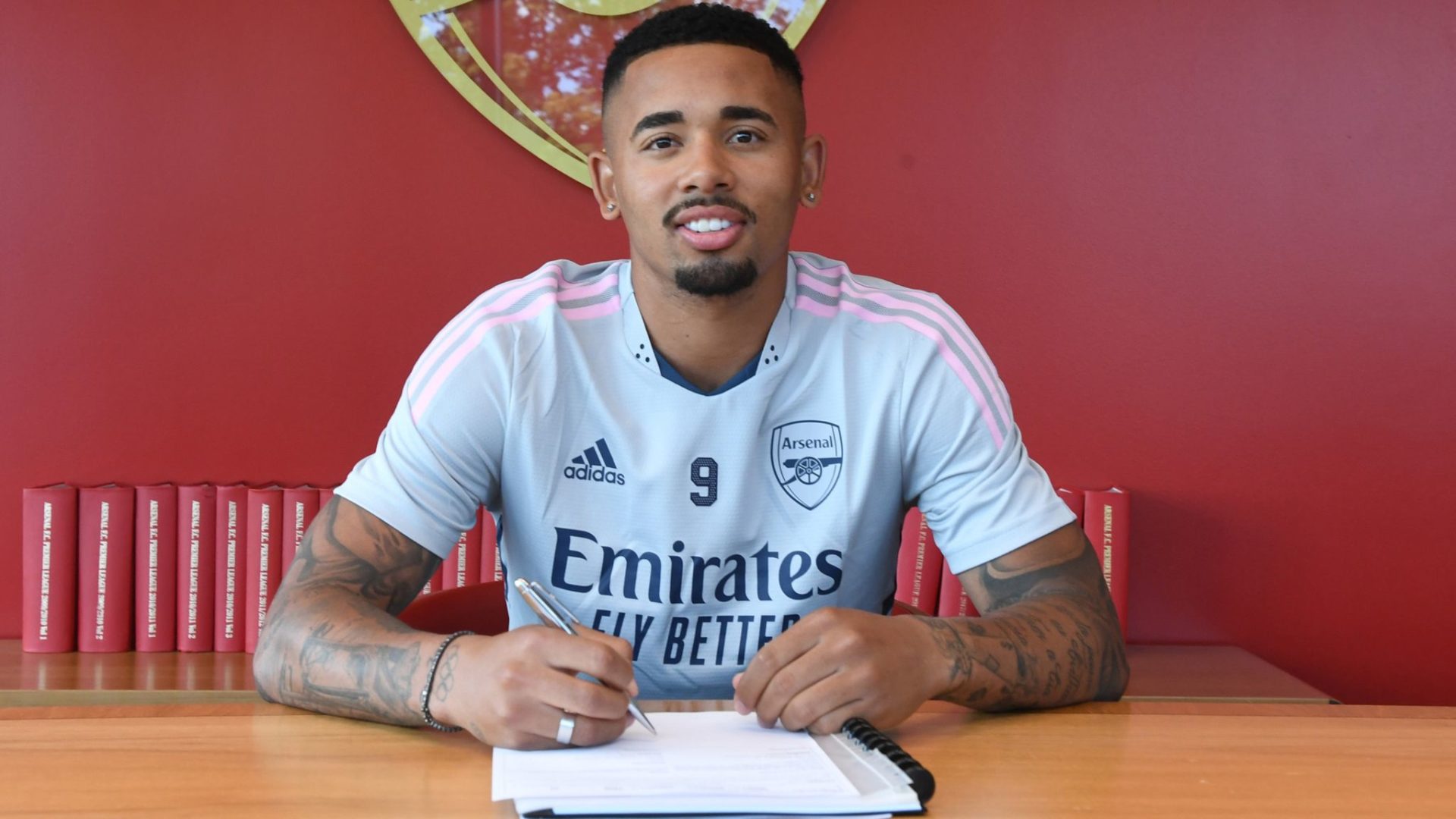