Glenn Maxwell is one of the most gifted batsmen in World cricket today. The fact that he has still not established himself at the highest level is beyond one’s comprehension. However, in this T20 series, he has shown that he can take responsibility and yet play with flair and joy. Last night’s innings at Bengaluru was pure class and would have delighted all the ‘modern purists ‘.

Australia beat India easily by 6 wickets in a big run chase at the Chinnaswamy stadium. With this win, Australia take home the T20 series. This is India’s second consecutive T20 series loss, after the recent one in NZ.

India batted first and posted a big total of 190/4, thanks to brilliant innings from Virat, Dhoni and Rahul. However, the history in this ground suggested that it was at best a par score. Teams have routinely scored or chased 200+ runs in this ground

What went right and what didn’t?

The pitch at Chinnaswamy did not suit the fast and medium pace bowlers. However, spinners were able to get the ball the stop and turn a bit. Zampa bowled very well, tossing up his leg spinners and letting it grip and stop on the batsmen. Beherendoff bowled cleverly at the top of the innings and kept the scoring rate down.

Apart from these, the others went for plenty of runs. Their failure was more to do with the ground conditions and the quality of Indian batsmanship rather than poor bowling. I think the Australian bowlers did well to keep the Indians quiet during some of the middle overs and ensured a sub 200 score.

Maxwell, Maxwell and more Maxwell!! He played one of the most attractive, yet belligerent innings seen in T20 cricket. It was a classy hundred peppered with clean hits all round the park. Maxwell’s lofted shots on the offside were particularly breathtaking to watch!

Darcy Short is another batsman who has been consistent at the top. Short’s 40 gave Australia a very good platform on which Maxwell built his brilliant innings. After Short’s dismissal, Handscomb played the ideal innings to get Maxwell on strike most often and enabled Maxwell to finish the chase.

Indian batting display was one of extremes. While Rahul, Virat and Dhoni seemed to be playing on a batting beauty, Dhawan seemed to be playing on a sticky wicket. Pant’s brief innings was also full of mis-timed strokes. On what was actually a batting paradise, these innings from Dhawan and Pant put a dampener on the scoring rate and resulted in India scoring less than 200.

Rahul looked imperious at the top of the innings. After a long time, we saw what KL Rahul can do, when in form. This kind of potential is probably the reason why Virat and Ravi are persisting with him, despite his horrendous recent form.

Virat and Dhoni played like magicians. While Dhoni was all power, Virat was timing and power. From 74/3 at the end of the 11th over, these two took India to 174/4 in the next 8 overs. The batting was of the highest quality, which could be compared to the display from Maxwell.

This is the aspect of India’s game that should take the burden of the loss. Barring the ever dependable Jasprit, none of the bowlers made any impression on the Aussie batsmen. After a long time, I saw an Indian bowling unit, on paper, that looked incapable of taking wickets. Leave alone picking wickets on the ground.

I understand that these games are being used by Virat to try out players for the World cup. But, these games go down as international matches. So the results count and the statistics count. One should not assemble a strictly five man bowling unit with limited wicket taking ability.

Chahal’s drop in form must be the biggest worry for Virat. In the last few games, his bowling has been all over the place. In this game, his line was totally wrong. He was either bowling down the leg side or was over compensating on the offside. Maxwell took full toll of his errors last night. Considering that Chahal and Kuldeep are going to be the key middle over bowlers in the World cup, Virat would do well to give Chahal a break. He can go back to the nets and get his bowling in order.

Sid Kaul is another ‘mystery’ bowler. The mystery is again, why is he being picked. IPL success does not portend international success. He is another bowler who has looked out of his depths at the international level. Virat needs to re-look at his reserve bowlers.

One more thing for Virat. Picking up three wicket keepers in the team, brings down the ground fielding quality. The catch drop by Pant in the Bengaluru game is a great example of this.

Congratulations Australia for winning the T20 series in India!! The team played the big moments well and found heroes in various players at various times. The biggest plus for them will be the rise of Maxwell. He looked determined and the way he went around shaking his hands with everyone at the end of the game, showed that he wants to take centre-stage. Watch out bowlers, Maxwell is here to play!! 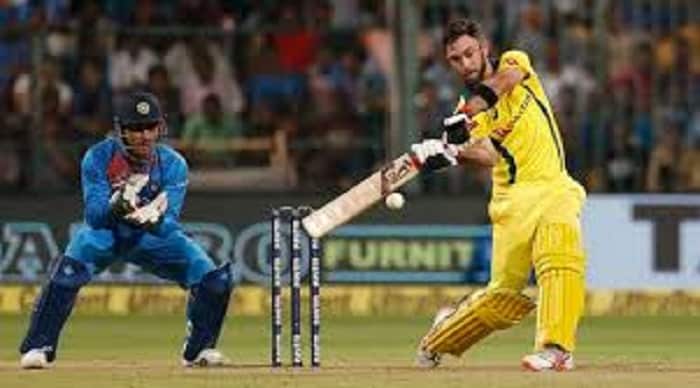