The pair beat Argentina’s Gustavo Fernandez and Shingo Kunieda of Japan 6-2 4-6 10-7 to lift the trophy at Melbourne Park.

It breaks their tie with Martina Navratilova and Pam Shriver, who had also won eight consecutive women’s titles between 1983-1985.

Reid said: “These kind of records, I think we always take them with a pinch of salt because it’s a little bit different for us to win a Grand Slam title than it may be for people in the other draw.

ALSO READ:  Raducanu Battles Through Stephens In Tricky 1st Round

“It’s always nice to hear them but, at the same time, I think we just focus on what we’re doing and we’re just enjoying each one as it comes. Just trying to improve and try and push our partnership forward and try and come back better in the next one.”

The duo was last beaten in a final at Wimbledon in 2019 and have won every Grand Slam since the US Open in the same year.

Alfie Hewett will also have the chance to add to his personal honours, as he faces Kunieda again in the singles final on Thursday.

Hewett is an 18-time Grand Slam champion, having won five titles in singles, and thirteen in doubles alongside compatriot Gordon Reid. The pair completed the calendar-year Grand Slam in 2021, becoming the first to do so in wheelchair men’s doubles since Stephane Houdet in 2014. Hewett is also a three-time Paralympic silver medallist and won the Wheelchair Tennis Masters in both singles and doubles in 2017.

ALSO READ:  Brave Raducanu Out Of the Australian Open 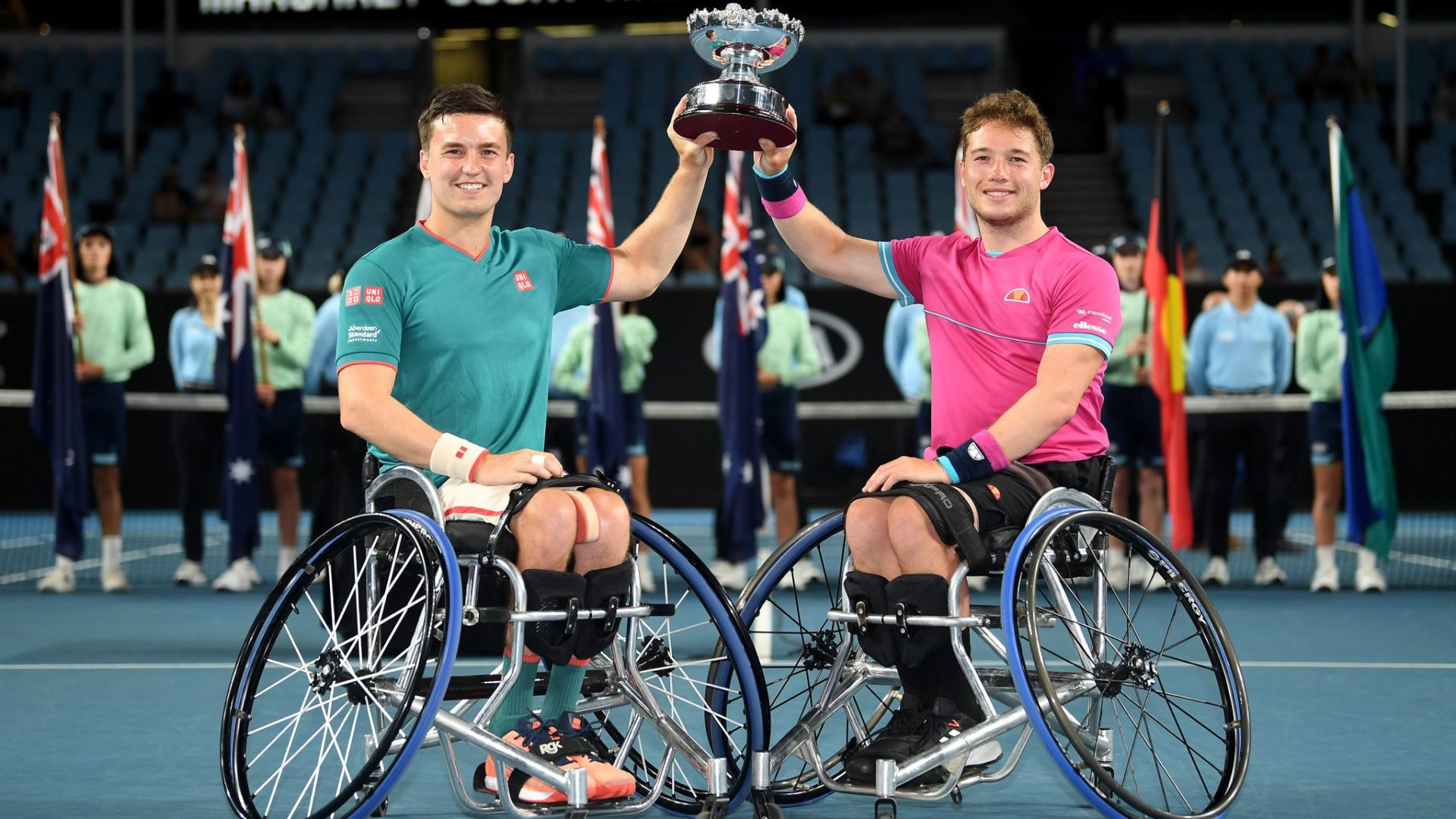