The scene is set, October 14, 2003, Mark Prior on the mound, Luis Castillo standing, staring down, waiting for the pitch. Paul  gives the sign, Prior with the delivery, Thom Brennaman with the call on FOX, “Again in the air, down the left field line. Alou… reaching into the stands… and couldn’t get it and is livid with a fan!” That fan was none other than Steve Bartman, otherwise known as “Public enemy number one”, at least in the south-side of Chicago. There is one question I am always asked, what would the outcome be if Bartman wasn’t in the stands that day?

If that ball was not snagged by Bartman, Alou said it himself “You know what the funny thing is? I wouldn’t have caught it, anyway.” So if that ball did fall into Alou’s glove, could this change the game of baseball as we know it today? Well, the score was 3-0 Cubs with full count, runner on second. So, if that ball was caught (by Alou not Bartman), the runner on second would of most likely advanced to third with two outs, instead of Castillo being walked by Prior and putting runners on first and second with one out leading to a 8 run Marlins inning, starting the domino effect going straight through game 7 like a bull through a china shop. Another possibility is that the ball fell into the stands, and the game played out as is. That would not help or hurt the Marlins chances of winning game 7.

With that ball falling into the stands and the game being played out as it did, the Cubs would not have the Bartman incident on their mind, instead, they have the image of a 5-4-3 Double Play that would end the inning, now assuming they did get out of that inning without a scratch, the Cubs had to hold the Marlins down in the 9th as well. So say it did play out exactly as it did and the Marlins did not  score in the top of the 9th. The 2003 Cubs would of gone to the world series for the first time since 1945. The american league team in the World series were the heavily favored New York Yankees, but if it played out had it did and the Cubs were in the Marlins spot, the Cubs would have broken “The Billy Goat” Curse in 95 years instead of 108. So in the long run, wherever Steve Bartman is now, the 2003 Chicago Cubs could of won the world series then. 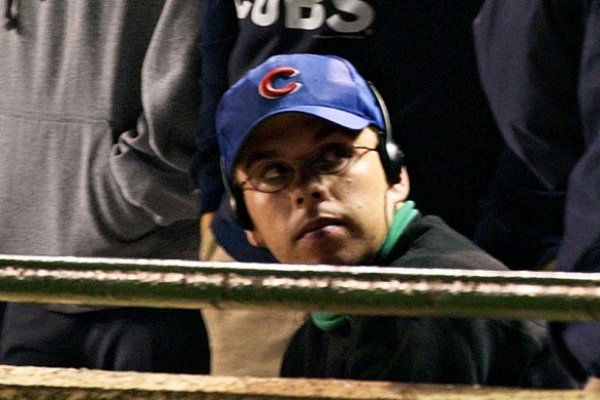