Yet another successful run-chase as this new Bazball approach from Ben Stokes’s England chased down a tricky score of 378 in just 76.4 Overs, with seven wickets in hand. And once again, it’s the two Yorkie lads.

It seems as if Joe Root and Johnny Bairstow have really embedded into this new ‘Bazball’ style of cricket, and have made two very good bowling attacks in India and New Zealand look ordinary on the field.

This was also the highest successful chase at Edgbaston.

Not only was this just a one-off chase, but this is starting to become a regular theme, where whatever total the opposition sets in the third innings, Stoke’s fearless unit is ready to have a go at it.

Trent Bridge 299, Lord’s 277, Headingley 296, and now Edgbaston. It looks like if you want to have a chance of beating Ben Stoke’s England, you would probably have to do it by chasing down a fourth-innings score because this team is starting to become a run-chasing juggernaut.

Hence you would have to question India’s tactics on the fourth day. They were 131-3, with a lead of 263, and they missed an opportunity to bat England out of the game, but losing seven wickets for 115, really rejuvenated England, and let England back into the game.

Had they been a little smart and added another 100-150 runs, it may have been a slightly tougher run chase for the hosts. Not to say that England wouldn’t have gone for it, but it would have given the tourists more runs to set attacking field, which would have given them more opportunities to take wickets, especially with the way England was playing. There was also the feeling that on the fourth evening, the Indians perhaps made it a little too easy to rotate the strike, which always makes it difficult to set up a plan for a particular batsman.

Coming back to this new ‘Bazball’ like England, are we about to see a completely new era and philosophy, where we forget the old over my dead body style and enter a new mode of Test match cricket? Well, it certainly seems so under Brendon McCullum and Stokes.

And like their white-ball side under Eoin Morgan, their red-ball side has followed a similar pattern under Stokes’s leadership thus far.

“I spent a lot of time under Eoin’s captaincy and I’ve taken a lot of what his messaging and how he wanted the team in one-day cricket to go forward and I’ve brought his mentality and his ethos around cricket into this Test environment and everybody’s responded so well to it. “It’s not just me and Baz, you’ve got to get that response from everybody else and and everybody’s just flown into it heads on, and it’s been a great five weeks.’

Looking at Stokes’s captaincy thus far, it kind of reminds you of Ricky Ponting’s Australia, when they were dominating cricket. Their aggressive approach to cricket struck fear in the opposition’s eyes, which made them almost unbeatable not just at home but away as well. Could we be seeing this new England doing something similar?

We all know how devastating he can be in white-ball cricket, but since Baz has entered the fray, the Yorshirman’s confidence just seems to be going higher and higher. With two centuries and a 77 not out, Johnny Bairstow is in the form of his life.

We all know how destructive he can be in white-ball cricket, and it’s like Stokes and McCullum are allowing him to be that guy.

what was also impressive about those three innings, was that he wasn’t just trying to hit every ball for four or six, he picked the right ball to hit. so when the bowlers were on the fuller or shorter side of a good length, he was prepared to tonk them into the stands.

His 136 in the second Test against New Zealand took 92 balls, his 71 in the third took 44, and his match-winning 114 took 145, which meant that he took his time, and picked the right ball to smash for four or six.

“It’s just about having the enjoyment factor of it, not being afraid of failing, going out and playing in a way that puts the pressure back on the opposition. We’re here to win games of cricket, that’s all we want to do.

England’s next red-ball assignment will be a three-match Series against South Africa starting on 17th August. Having had a great start to the summer, it’ll be interesting to see how this ‘Bazball’ England copes with the likes of Kagiso Rabada and co.

Can England end a successful summer of Test cricket with victory against the Proteas? 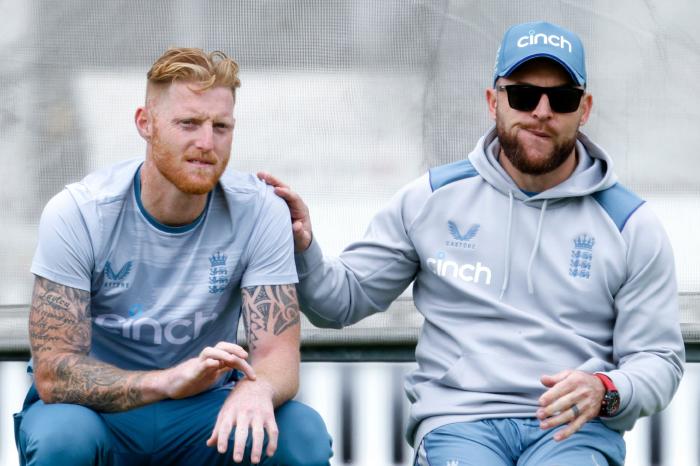