Artur Beterbiev took just two rounds to dismantle local favourite, Joe Smith Jnr, in Madison Square Gardens to move to 18-0 with all wins coming by way of a knockout, and in the process take Smith Jnr’s WBO Light Heavyweight title to unify three belts at the 175lb limit.

The 37-year-old Russian-born naturalised Canadian proved yet again that he has some of the most destructive fists in boxing with this one-sided takedown of his American opponent who simply could not live with the undefeated boxer’s heavy-handed punching power.

In the early seconds of the fight though and buoyed by the home support who cheered his every success Joe Smith Jr. came out firing, looking to take the fight to the odds-on favourite and improve upon his 22 knockout record, but in doing so left himself wide open for the counter. And so it was that just before the end of Round 1, with Smith Jr over-committed when going for a right hand over the top, Beterbiev duly took advantage, stepping to the side and catching the American high on the temple. The shot scrambled Smith’s senses, and he was forced to take a count.

The WBO champ never recovered from this shot and as the fighters emerged for Round 2, Smith’s eyes appeared glassy and unfocused. Beterbiev sensing an early night, moved in to deliver the coup de gras unleashing a flurry of vicious hooks to drop Smith twice more, and almost send him through the ropes, before finding a lethal combination of right cross and uppercut to put his man down for the final time, forcing referee, Harvey Dock, to mercifully step in and end the fight.

Smith, who falls to 28-4 after the fourth defeat of his career, was immediately taken to hospital for checks and was later passed fit.

For Beterbiev, there were no such concerns. Speaking afterwards, having received warm applause for his performance from the Garden crowd, the Light heavyweight champion called it like it was. “Joe is a little bit open, and it was more easy for me to get him.”

Pressed on the prospect of a blockbuster matchup with the holder of the remaining belt in the division and compatriot, WBA champion, Dimitri Bivol, Beterbiev’s intentions were clear.

There are not many that would bet against Beterbiev realising his ambition with a 19th straight win and knockout combination. But what a prospect that fight promises to be with all four belts on the line and two technically skilled and well-matched boxers with ruthless finishing power in the ring for a shot at legacy.

Expect a contest for the ages 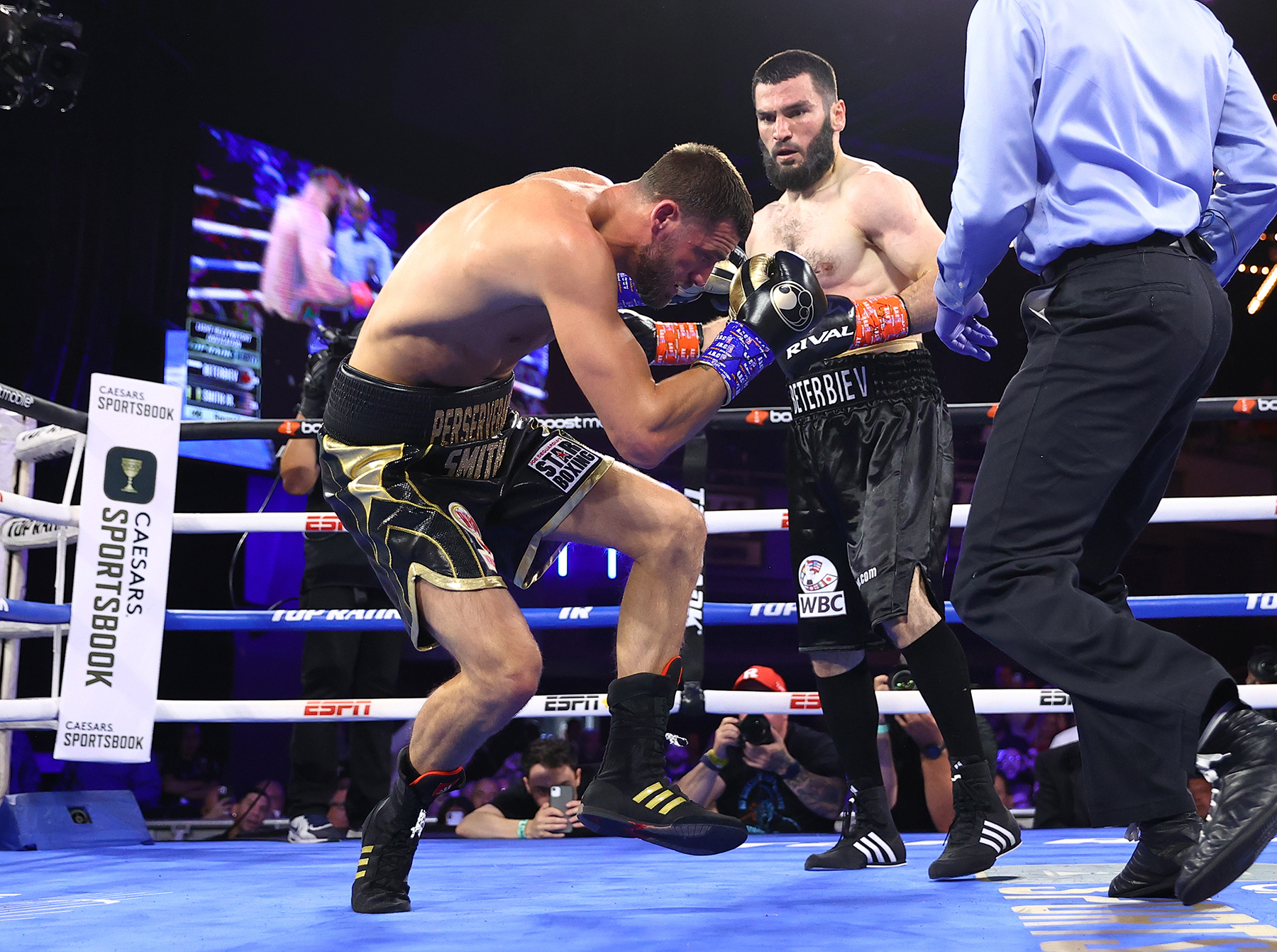