Round 2 of the Premiership Cup kicks off with a triple-header on Friday night as teams look to consolidate their standing within their pools.

The opening round saw a number of first time starts and debuts across the teams and it will be another exciting weekend for players looking to prove their worth for their clubs with senior and international players making way.

After a humiliating defeat last Friday, Bath will be the team sitting out this weekend’s action.

Quins fell to London rivals Saracens 28-21 in Round 1 last weekend, seeing their youthful side fight back, but ultimately fail to overcome a 21-7 halftime deficit.

The deficit was closed to 28-21 with 5 minutes left on the clock but a series of strong defensive plays saw Saracens hold on for the victory.

The Northampton Saints also lost their Round 1 matchup, falling 36-26 to London Irish. Similarly to Harlequins’ game, Northampton fought back from 26-7 down at halftime but were unable to come away with a result.

Tries from James Fish, Josh Gillespie and Tom Litchfield dragged Northampton level at 26-26 with 8 minutes to go, but Benhard van Rensburg scored his second of the game to seal the win for London Irish.

Both Harlequins and Northampton Saints used Round 1 to field youthful teams but now both sides are in need of a win they may opt for more experienced players in this matchup.

The two Group C winners in Round 1, London Irish and Saracens, face off on Friday night at the Brentford Community Stadium.

Irish survived a second-half run from a youthful Northampton Saints side in Round 1 to claim a 36-26 victory and 5 points in the table.

London showed good defensive resolve in their first-round matchup with a rotated side, using the game to play a number of players who had yet to play in the Premiership this season.

Saracens held off Harlequins in their London derby to win 28-21 in Round 1.

Summer signing Theo McFarland starred in an impressive first start for the club. The Samoan was heavily involved in the build-up for the first try with an acrobatic offload before receiving the ball later in the play and driving forward moments before teammate Richard Barrington got over the line.

McFarland later added his first two tries for the club, showing impressive strength on both drives.

London Irish and Saracens shared a thrilling 34-34 encounter in Round 8 of the Premiership earlier this month, with 14-man Irish fighting back from 34-8 down to clinch a draw.

Sale Sharks, fresh with the news of George Ford joining for next season, host the Newcastle Falcons at the AJ Bell Stadium on Friday.

Sale began their defence of the Premiership Cup with a 32-23 Round 1 defeat by the Leicester Tigers at Welford Road last weekend.

Sale fielded a relatively strong side but were unable to overturn an early Leicester lead despite closing the gap to 25-23 in the third quarter of the game.

The Newcastle Falcons turned around a first-half deficit against the Wasps in their opening matchup to claim a 34-27 victory.

Falcons put in a strong offensive showing, scoring 6 tries with versatile back Alex Tait scoring 2 on the day, alongside Will Montgomery, Iwan Stephens, Josh Basham and Gary Graham.

Sale will be hoping the buoyant atmosphere around the club will help kick start their cup defence, starting against Newcastle on Friday night.

Saturday’s action kicks off with Gloucester Rugby welcoming the Exeter Chiefs to Kingsholm.

Gloucester opened their cup campaign with a 71-10 demolition of Bath last Friday, giving them the biggest win of Round 1.

A strong Gloucester side scored 11 tries in the rout, with Ben Morgan claiming a hattrick in an impressive 48-minute display, whilst Jack Clement scored twice.

Gloucester capitalised on a shaky Bath performance, exploiting holes in the defensive line and scoring off of several impressive driving mauls.

Exeter are coming off of a 33-27 loss to the Bristol Bears in Round 1, losing their 4th home game this season in all competitions.

The difficult home run continued despite a youthful Exeter side holding a 10 point lead as the game edged towards the final quarter, but the inexperience of the Chiefs coupled with the bench arrivals from the Bears saw the scoreline overturned.

Gloucester and Exeter played out a tense 16-13 game in the Premiership at the end of October and are separated by just two points in the league. It is set to be another close encounter.

The ever-impressive Leicester Tigers travel to Coventry to play the Wasps at the Coventry Building Society Arena on Saturday.

A heavily rotated Wasps side fell to the Newcastle Falcons 34-27 in Round 1, despite a valiant first-half display.

In a bright opening 40, the Wasps scored 3 tries and showed impressive passing, utilising smart offloads to capitalise on overlaps.

Leicester come into the game looking to extend their winning start to the campaign, despite the news of fly-half George Ford announcing this week that he will leave the club at the end of this season.

Eyes will be on Bryce Hegarty and Dan Lancaster to see if they can fill the hole soon to be left by Ford.

Hegarty made his first start for the Tigers last weekend, scoring 5 penalties and a conversion before picking up a knock early in the second half. Lancaster came on for his debut to replace the 10, adding a penalty and a conversion on the way to Leicester’s win.

The Worcester Warriors host the Bristol Bears at Sixways on Saturday afternoon to round off the weekend’s Premiership Cup action.

Worcester will make their first appearance in the cup this season, having been the team to sit out in Round 1.

Given their struggles in the league, we may see a stronger Worcester side in order to try and spark some momentum into the team.

Their last game was 2 weeks ago, in Round 8 of the Gallagher Premiership, losing 27-5 to this weekend’s opponents.

Bristol, on the other hand, are coming off a 33-27 victory over the Exeter Chiefs in the first round having overcome an early 14-0 deficit.

Academy back row Macenzzie Duncan enjoyed a late debut cameo, powering over from close range to take Bristol out of sight and secure 5 points from their opening game. 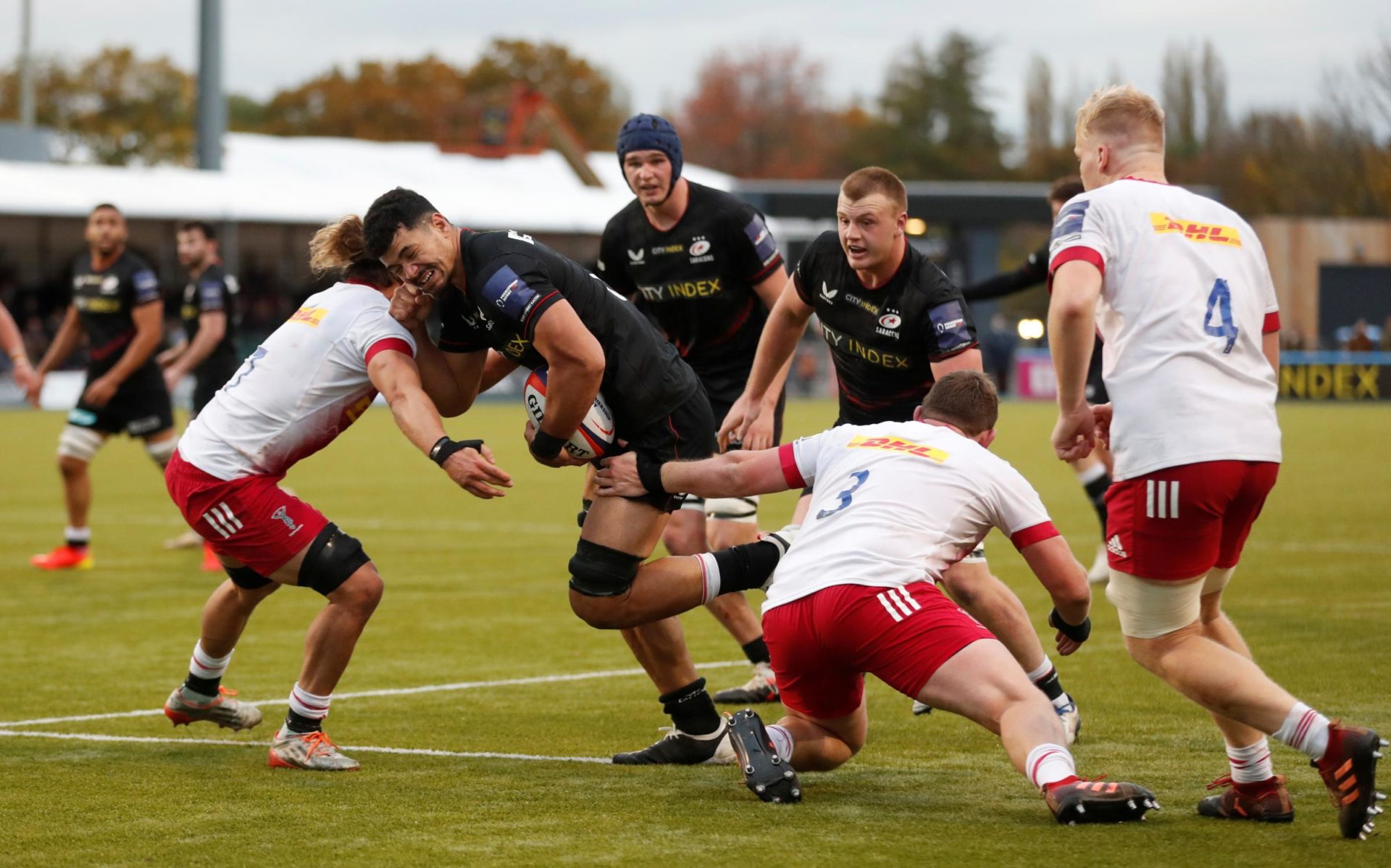