Netherlands international and Spartak Moscow forward Quincy Promes has been charged with attempted manslaughter after allegedly stabbing his cousin in the knee in Abcoude, outside Amsterdam, last year.

The charges relate to the player allegedly stabbing his cousin in the knee at a family party in Abcoude, outside Amsterdam, last year.

The footballer, who spent two nights in jail at the end of last year as a suspect in the case, has always denied the allegations.

He was subsequently released from jail but remained a suspect in the incident.

He allegedly got into a scuffle after an argument with the relative and other family members immediately intervened, news reports said at the time.

‘The suspect and his lawyer have been informed of the decision to prosecute,’ they said in the statement.

A court date has yet to be decided.

Amsterdam-born Promes joined Ajax in 2019 from Sevilla in a £13million deal and was playing for the Dutch side when the incident occurred.

In the case of stabbings, this carries a prison sentence of 24 to 42 months in the Netherlands.

Lawyer Yehudi Moszkowicz is working for the alleged victim of the incident and has said: “The decision to sue Promes is the only right decision.

“After taking note of the file, we will also ask the Public Prosecution Service to prosecute the suspect for attempted manslaughter.

“If necessary, we will go to the Court for that.”

After the allegations came to light, Promes denied any involvement.

He told Fox Sports last year after appearing for Ajax: “It was nice to play football again.

“I also played a week ago, so it was not that long ago in terms of time frame, but it was nice to put the focus back on football and leave the peripheral issues behind.

ALSO READ:  Safe standing to be reintroduced after nearly 30 years – but is it necessary?

“It was a shock for everyone, but I am glad I was released so quickly. I can’t say more about it.

“I’m just as shocked as the rest of the world. It is something from my private life, I cannot say more about it.

“But now I am free and I think that says enough. It’s nice that the club supports me: not only [manager] Erik ten Hag, but also my teammates, for example.

“It feels good that people believe in me, that helps a lot. I don’t want to waste any more energy on peripheral matters.

“It is a difficult situation for everyone, but we have to look to the future because we can still influence it. What has happened has happened.”

Promes joined Spartak Moscow – for whom he previously played between 2014 and 2018 – in an €8.5million deal this summer and has scored three goals in the Russian Premier League this season.

He has scored seven goals in 50 appearances for the Netherlands following his debut in 2014.

His last appearance was during the Oranje’s shock 2-0 defeat to the Czech Republic at Euro 2020 in June.

Dutch boss Louis van Gaal has yet to select the player for any of his squads since he succeeded Frank de Boer in the position this summer.

He explained to reporters in October: “When a player is involved in such a case, it is much more difficult for him to keep the focus on the game.

“In Russia, you are far away, but in the Netherlands, you are very close. That’s a big difference. I don’t think I select players who are involved in these matters.”

The alleged victim has seized a home belonging to the footballer in a civil procedure. This was done as security for an imminent claim for damages. 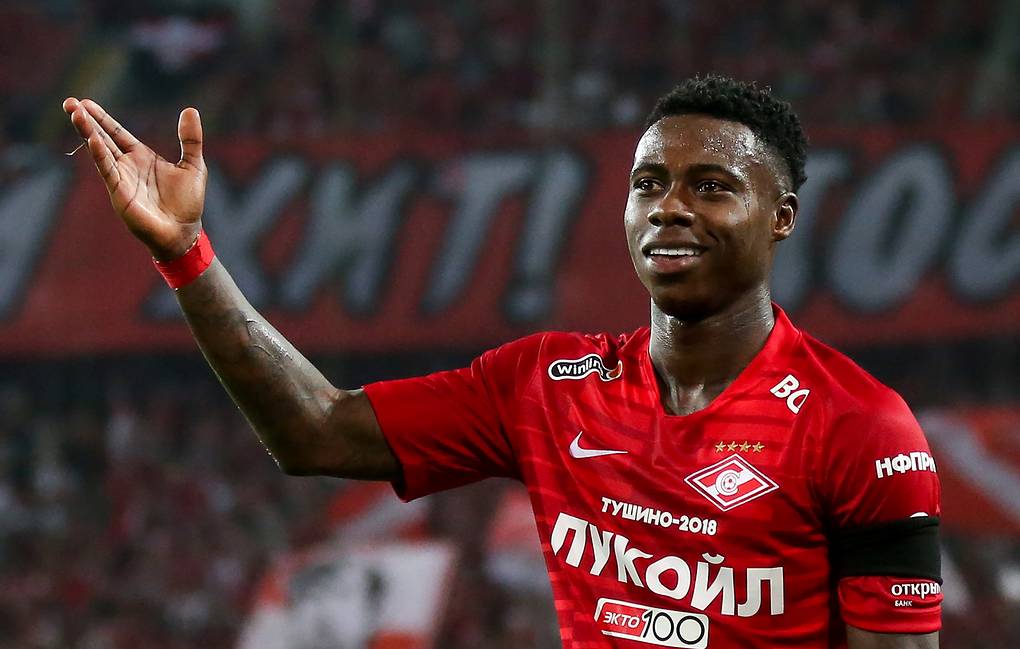