Nkrumah Bonner scored a century as West Indies move into a first-innings lead in the 1st Test at the Sir Vivian Richards Stadium in Antigua.

Resuming on 202/4, the hosts added 4 to their overnight score before Jason Holder would be caught behind by Ben Foakes off the bowling of Ben Stokes for 45 with Nkrumah Bonner (68, pictured below) and wicket-keeper Joshua da Silva (29) not out, scoring at a fairly slow rate in this season as West Indies moved to 271/5 at lunch to trail by 40.

The score moved to 279 before Jack Leach (pictured below) had da Silva trapped LBW for 32 with Alzarri Joseph following the following over, caught by substitute Ollie Pope in the deep off the bowling of Craig Overton for 2. Bonner and Kemar Roach would be not out at the end of the session with 98 and 15 respectively – the Windies sitting 11 ahead at this point with 3 wickets remaining.

Bonner would bring up his century with a boundary off the second ball of the session, his second century in Test matches before Roach would be run out by Pope without adding to his Tea score. Bonner would be dismissed with a couple of overs of the day remaining, a slight edge down the leg-side to Foakes off the bowling of part-time spinner Dan Lawrence (pictured below), for 123 – Permaul and Seales finishing 26 and 0 not out respectively with the Windies leading by 62 runs.

ALSO READ:  Bairstow Brilliant As England Fight Back On Day 1 In Antigua 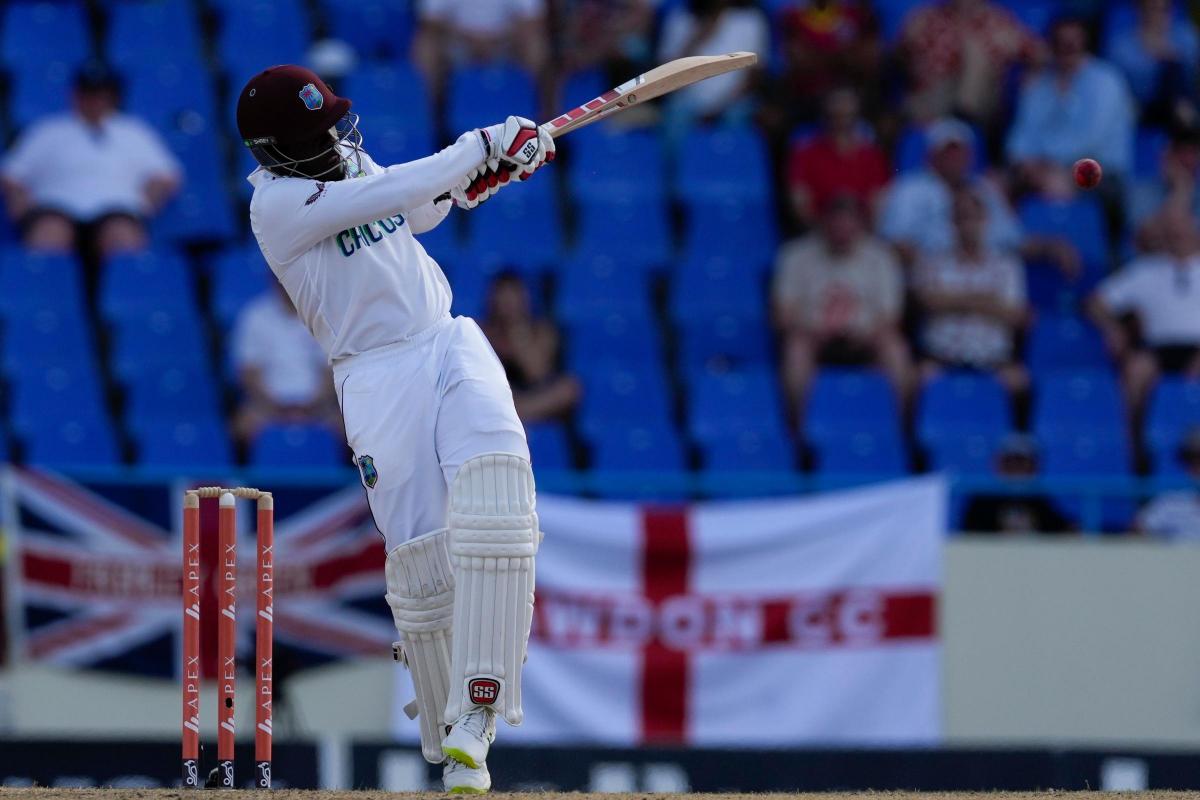