Friday’s T20 blast action saw a blistering opening partnership by Finn Allen and Keaton Jennings for Lancashire, Yorkshire becoming the latest team to be destroyed by the bat of Alex Hales in a rain-affected game and a final-ball thriller between Durham and Derbyshire.

We also look at yesterday’s second One-Day international between England and Pakistan from Lord’s.

Pakistan won the toss and elected to field first in a game that was reduced to 47 overs.

The two teams meet in the final ODI game at Edgbaston on Tuesday with England leading the series 2-0.

Worcestershire would win the toss and elect to bat field.

Ed Barnard would be bowled by Rhodes for 7 before Ben Cox would be caught by Sam Hain off the same bowler for 43 off 28 balls in the final over with Ben Dwarshuis 12 not out.

Michael Burgess would be bowled by D’Oliviera for 6 before opener Ed Pollock would be caught by Cox off the bowling of Ish Sodhi for 53 off 35 balls. Jacob Bethell would be caught by Whiteley off the bowling of Sodhi for 7 before Rob Yates (3, stumped Cox) and Jake Lintott (golden duck, caught Mitchell) would fall to successive Sodhi deliveries. Sidebottom would be the final man out as he was caught by Mitchell off Dwarshuis’ bowling for 3 with Miles finishing on 11 not out.

Northants would win the toss and elect to bat first.

An opening partnership of 112 between Finn Allen and Keaton Jennings saw the Lightning most of the way to the target before Allen was caught by Cobb off the bowling of Nabi for 66 off 37 balls with Davies the other wicket to fall, caught Nabi off Freddie Heldreich’s bowling, for 7 – Jennings (54 off 41 balls) and Dane Vilas (9) the not out batsmen.

Yorkshire won the toss and elected to bat first in a game that was reduced to 7 overs a side due to rain.

Notts would make easy work of the target with openers Peter Trego (29 off 13 balls) and Alex Hales (31 off 9 balls) seeing them home with almost half of the overs remaining.

Middlesex would win the toss and elect to field first.

Ian Cockbain would be caught by Steven Finn off the bowling of Luke Hollman for 34 before Jack Taylor would be caught by de Caires off the same bowler for 19. Daryl Mitchell would take the final 2 wickets of the innings with Graeme van Buuren (28 off 17 balls, caught Cullen) and Ryan Higgins (43 off 25 balls, caught Max Holden) would both be dismissed in the final over.

Hollman would be bowled by Phillips for 2 before de Caires would be bowled by Howell for 14. Sowter would be LBW to the same bowler for a golden duck the next delivery before Mujeeb would be the final wicket to fall as he was bowled by Higgins without scoring – Holden (50 off 34 balls) and Blake Cullen (20 off 12 balls) both not out as the visitors fell short of the target.

Kent won the toss and elected to field first.

Rory Burns would be caught by Klaassen off the same bowler the next ball for 19 – the team sat on 59/5 at this point – before Jamie Overton would be caught by Denly off the bowling of Milne for 23. Gus Atkinson would be the final wicket to fall, run out by Leaning off the final ball, for 3 with Jordan Clark not out with 37 off 31 balls.

Denly would be the only wicket to fall in Kent’s reply as he was caught by Atkinson off the bowling of Dan Moriarty for 31 with Daniel Bell-Drummond (53 off 37 balls) and Ollie Robinson (45 off 30 balls) seeing the visitors home with 27 balls to spare.

Sussex would win the toss and would elect to field first.

Joe Weatherley would be caught by Brooks off the bowling of Marchant de Lange for 50 off 35 balls before James Fuller would be bowled later in the same over for 4 – Lewis McManus (60 off 36 balls) and Chris Wood (4) the not out batsmen. 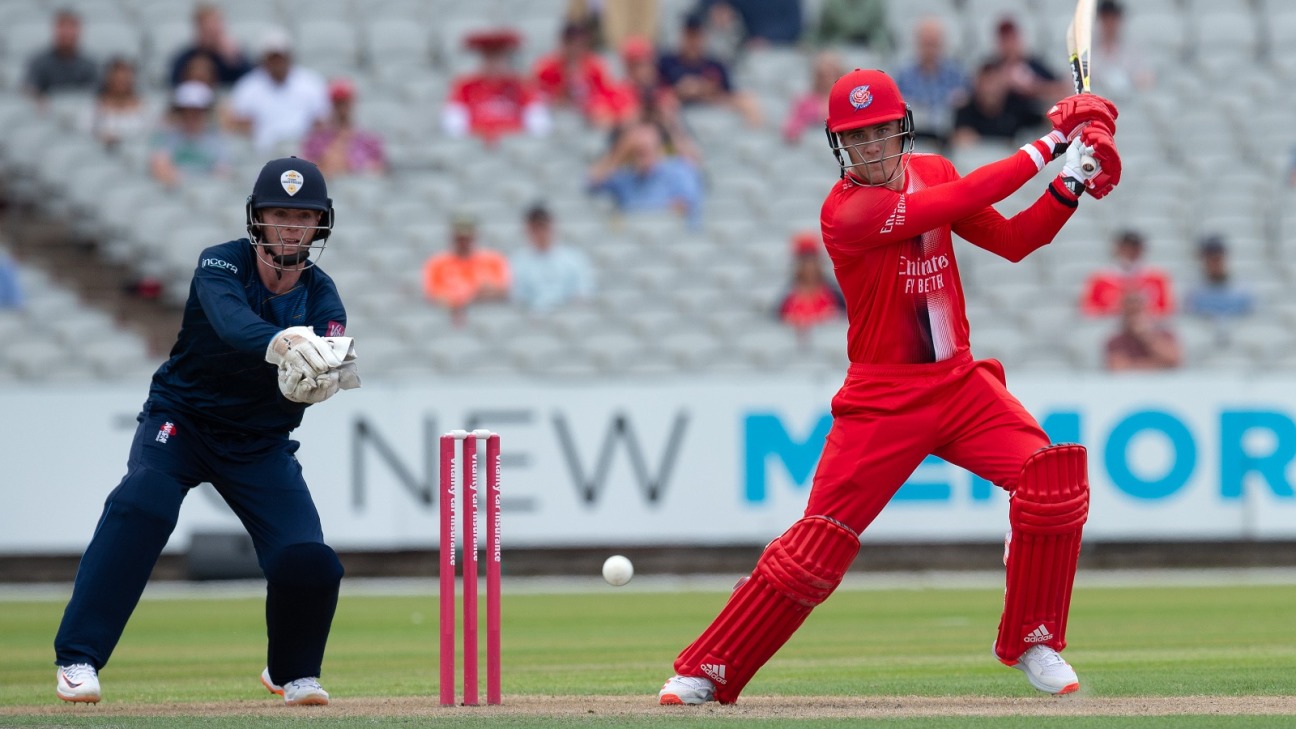