The Premiership Rugby Cup gets underway this weekend with Gloucester Rugby versus Bath Rugby kicking off proceedings under the lights on Friday evening.

After a hiatus during the 2020/21 season due to the Covid-19 pandemic, the Rugby Cup returns for its third competition, pitting the 13 Premiership clubs against each other for a chance of silverware.

The teams have been split into 3 pools with the winner of each pool, and the best second-placed team, progressing to the semi-finals.

Teams will play each of the other teams in their pool once, with pools 2 and 3 playing an additional inter-pool match. The group stages will be played over five rounds with every team receiving one bye.

The weekend’s cup action kicks off with Gloucester Rugby against Bath Rugby on Friday night at the Kingsholm Stadium.

Gloucester are coming off a bye week in the Gallagher Premiership, but have been in good form since their opening two games, winning against Worcester, Sale, Newcastle, and drawing against London Irish before a close 16-13 defeat against the Exeter Chiefs in Round 7.

Bath, on the other hand, were taken down by the ever-impressive Leicester Tigers last Friday night in a 40-23 defeat.

Despite being a top versus bottom clash, Bath showed good fight to keep a tense game through the first 55 minutes, however, Leicester’s superiority eventually wore them down as the home side pulled away and sealed the victory.

Bath are expected to use this cup match to develop their talent, giving opportunities to younger players as well as allowing first-team scrum coach Mark Lilley to lead the team on the night.

ALSO READ:  Autumn Internationals To Deplete Teams In Round 8 Of The Premiership
Embed from Getty Images

Saturday’s games begin with a London derby between Saracens and Harlequins at the StoneX Stadium.

Saracens enter the game following a 34-34 draw with London Irish last weekend, having failed to convert a 34-8 lead against 14 men Irish.

Saracens Director of Rugby, Mark McCall, questioned his side’s mentality in the collapse, saying to BBC Radio London: “Maybe we thought the game was done and dusted at 34-8, but we had not been defending well all game and there were some tell-tale signs in the last 20 minutes of the first half.”

“Our defensive team confidence got lower and lower and we were easy to score against and fair play to them for taking full advantage” he added.

Harlequins, however, were on the other side of a comeback in Round 8, overturning a 16-0 first-half deficit to beat the Wasps 26-16. Quins bounced back, in the absence of England prodigy Marcus Smith, exploiting holes in the Wasps defence and capitalising with smart offloads to score four second-half tries.

The two teams met at the end of October when Saracens edged a tight affair 29-22, with Jackson Wray’s 76th minute try separating the sides.

The Exeter Chiefs play host to the Bristol Bears at Sandy Park on Saturday afternoon.

The Chiefs currently sit in 4th in the Premiership despite losing their last outing 15-14 to the Newcastle Falcons following a 73rd-minute penalty from replacement fly-half Brett Connan.

Exeter have struggled at home this season, winning just one of their four games at Sandy Park so Bristol will be fancying themselves for an away win.

Chiefs Director of Rugby, Rob Baxter, voiced his displeasure at the home form, stating: “It is starting to get frustrating, nor just for me but the players as well.”

“I do not think we have not worked hard, or not turned up, or not had a desperation to win, we just have not been able to pull the game together in lots of individual ways” he continued.

Bristol are coming off a dominant 27-5 victory over Worcester in Round 8, hoping the win will be the catalyst for a drive up the table.

The Bears showed impressive defensive resilience during their game against Worcester, led by the backs’ strong tackling. Regardless of whether they decide to rotate the team for the cup, Bristol will want to build on their defensive display and gain some consistency to take into the league games when they resume.

Leicester continued their perfect start to the season last Friday with a 40-23 victory over Bath to make it eight wins from eight.

George Ford continued his fine form scoring four penalties, four conversions and a try which took him over the 100 point mark for the season. His absence from Eddie Jones’ England side was not felt against Tonga last weekend, and Leicester benefited from having their 10 continuing to lead the way.

Sale are the most recent winners of the Premiership Rugby Cup, beating Harlequins back in September 2020, however, their defence begins in the hardest way possible.

Sale have had an up and down season thus far, winning three, drawing one and losing four games, leaving them in the thick of the mid-table battle with a points difference of -1 through the opening eight games. The Sharks will be hoping for an understrength Leicester side to have a chance of an upset.

The Newcastle Falcons welcome the Wasps to Kingston Park for their opening-round matchup.

The Falcons have been another up and down side in the Premiership this season, picking up four wins and three losses, having most recently edged past the Exeter Chiefs in a 15-14 victory.

Dean Richards, Falcons Director of Rugby, was pleased with his side’s late efforts against Exeter, saying: “I am delighted but you do not rest on your laurels, you take what you can from it, mark it and move on.”

After an inconsistent start, Newcastle may see this as an opportunity and play a stronger side in order to build some confidence after last week’s win.

The Wasps are coming off a collapse against the Harlequins, throwing away a 16-0 halftime lead, whilst also losing Ali Crosdale and Zach Nearchou to injury to make matters worse.

A trip to Newcastle in the cup offers an opportunity to bounce back from Round 8’s disappointment but will require the Wasps’ replacements to step up given the injuries.

Northampton Saints against London Irish at Franklin’s Gardens Stadium wraps up Round 1 of cup action on Saturday afternoon.

Northampton are the inaugural winners of the cup from the 2018/19 season and will be looking to add a strong cup showing to their playoff push in the Premiership.

Despite sitting 5th, the Saints have suffered two big defeats in a row, first to Leicester 55-26 and most recently to Sale 30-6, struggling with players out injured and on international duty so will be looking for some reprieve in this competition.

London Irish will be full of confidence coming off of an inspired 14 man comeback against Saracens.

Adam Coleman was sent off 21 minutes in, and Saracens took advantage, getting out to a 34-8 lead before a hat-trick of Kyle Rowe tries, the last of which rounding off the last play of the game, saw London claw back a draw.

The Irish’s defence has struggled this season but London have been able to remain competitive in games, shown by their league-high three draws, so Northampton will have to be at their best to get the win. 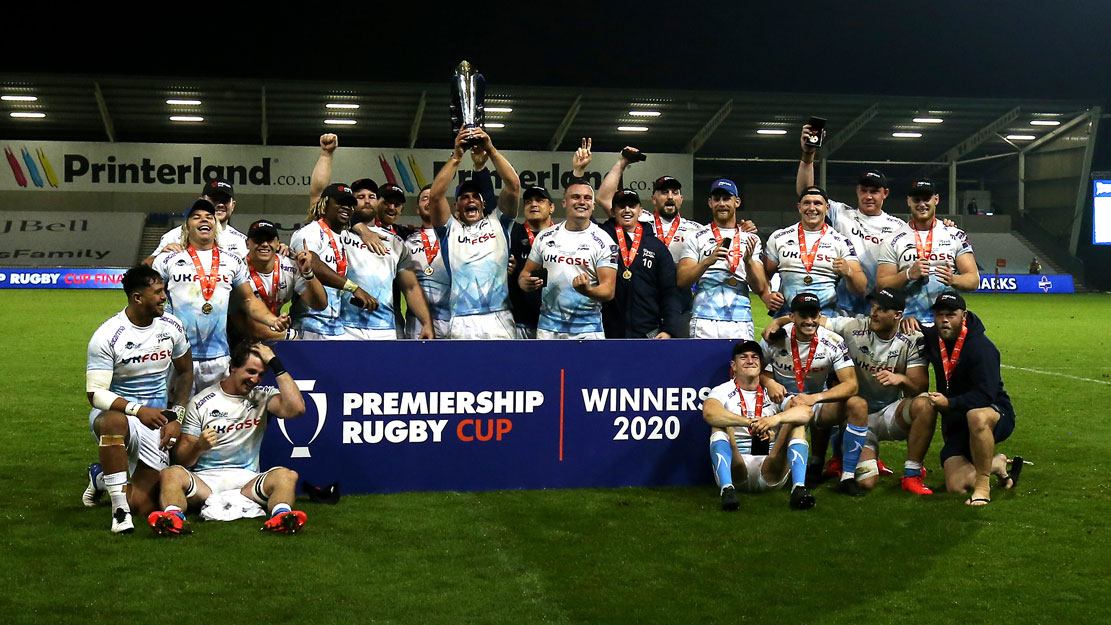