Can anyone beat the 40- yard dash record? The answer is yes, but it is more of when will it happen.

Everyone thought the record was broken when Baylor wide receiver Tyquan Thornton ran and clocked 4.21, but it was unofficial. Officially he clocked 4.28, which is fast, and it was the third-fastest in the combine. In fact, in the top 10 fastest runners in the NFL combine majority are from Baylor University, which is a good reference for the university itself.

The current holder of the fastest 40-yard dash is John Ross, currently playing for New York Giants. In 2017, he ran a 4.22, beating the previous holder Chris Johnson who ran 4.24 back in 2008, holding the title for nine years.

There are only three positions in American football that showcase how fast a person can be—running back, Wide Receiver & Cornerback. Please don’t get me wrong other positions like Line-backer, Safety & Tight Ends can run fast but not faster than the top three positions.

Beating the record is possible, Barnes became the second-fastest runner in combine history just last week. We all thought it was broken this year but unfortunately, not maybe next year perhaps.

Just in case you don’t know what a 40-yard dash is. The 40-yard dash is a sprint covering 40 yards (36.58 m). It is all about running to evaluate the speed and acceleration of American football players by scouts, particularly for the NFL Draft. 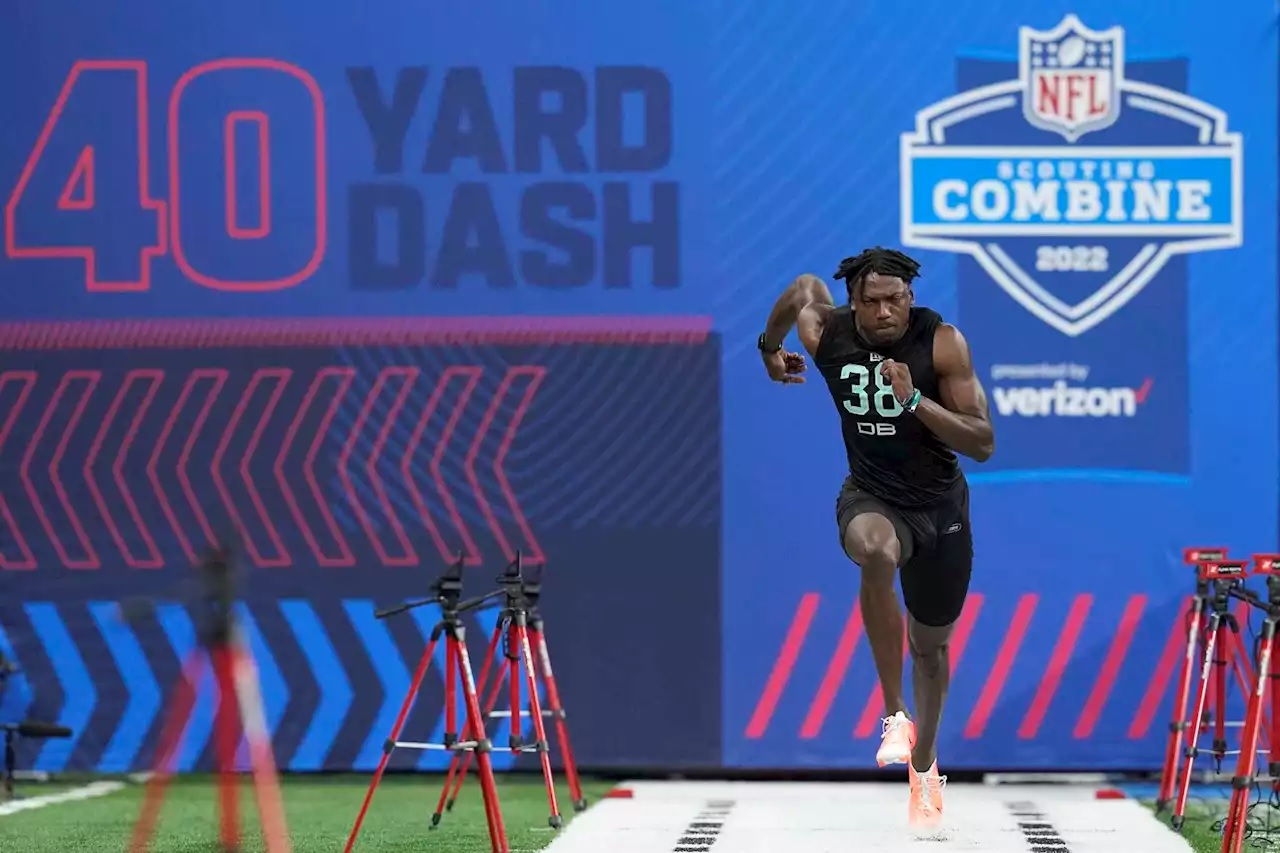