Real Madrid overcame the odds as their French knockout giants Paris St Germain in a 3-1 comeback in the Santiago Bernabéu.

In the first leg in Paris a few weeks ago, PSG won at the last minute, scored by Kylian Mbappe to give PSG the advantage heading to the second leg. There are no away goals this season, so Real Madrid must outscore and win to go through to the quarterfinals.

In the first half, the match started fast as both teams went at it and came close to scoring, and PSG thought their score, but it was ruled offside. But not too long after, PSG got the first goal when Neymar played a brilliant pass to Mbappe and then stormed to the penalty box and scored. Real Madrid goalkeeper Courtois had fingertips on the ball, but the shot was too powerful for him to make a save. It was 1-0 for PSG, and it remained 1-0 to halftime after an intense contest between the two teams.

The second half is where things got interesting. Real Madrid came out with force, but it nearly cost them when Mbappe dummy past Courtois, making it 2-0 but again, he was offside. Ten minutes later, after the offside, PSG defence & Goalkeeper panic. PSG goalkeeper Donnarumma was put under pressure and passed to Vinicius, who was in the penalty box, and then he passed to Benzema, which he scored, making it 1-1.

Real Madrid equaliser was still an advantage for PSG as they led 2-1 in aggregates. Fifteen minutes later, Real Madrid scored again, and who scored? Karim Benzema his second goal in the game. A perfect pass by Luka Modric, who had a stellar performance. His pass went through the PSG defenders, found Benzema, and scored past the goalkeeper. Also, there was a deflection from PSG defender Marquinhos.

Now is a 2-1 lead to Real Madrid but 2-2 in aggregates meaning a potential extra time, but that all changed two minutes later. PSG players fell asleep and lost contraction and next thing you know Benzema scored giving Real Madrid a 3-1 lead and now 3-2 advantage in aggregates. Karim Benzema had a hattrick, great performance from him.

Everyone was stunned, especially PSG, who couldn’t believe what had just happened. It got intense from that point to the end of the match, but Madrid managed to hold on to win. What a comeback by Real Madrid making it to the quarterfinals; PSG has fumbled again to a Spanish team. It is more PSG losing this game than real winning it because PSG had chances of burying the game but failed miserably. 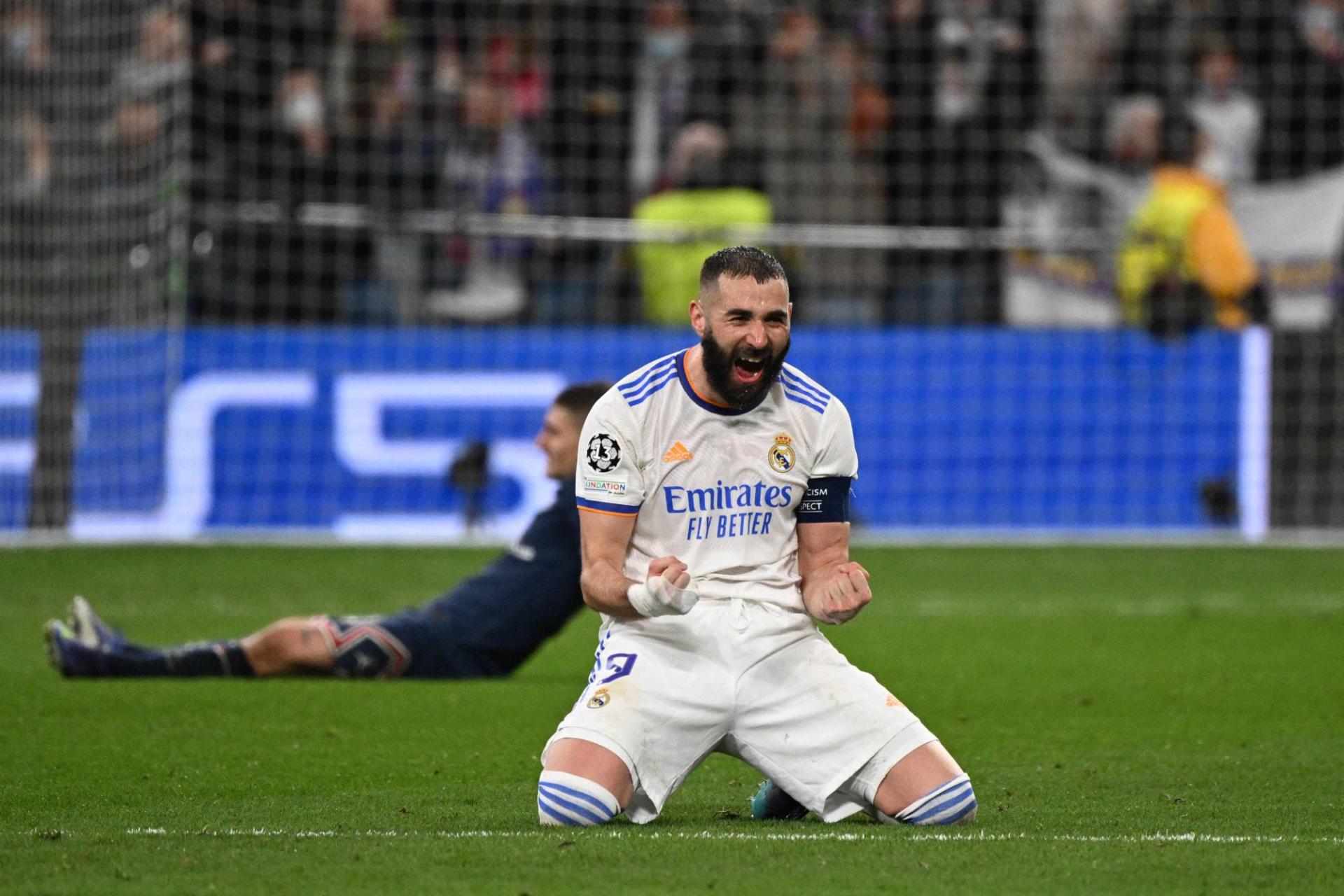