Barcelona come into this clash in very poor form having won only one of their last 5 La Liga matches. Their poor performances will not be helped by the sacking of manager Ronald Koeman who has now left a struggling team without strong leadership. In addition to their poor domestic form, Barcelona have also struggled in the Champions League this season. They have only scored 1 goal in the competition and that came in a 1-0 win over Kyiv. This is their lowest goal tally after three games of a single campaign in European history. Barcelona will also be missing Pique (who got their goal in that game) with a calf strain and Aguero who is undergoing heart tests in hospital.

On the other hand, Dynamo Kyiv currently sits top of the Ukrainian Premier League, 3 points ahead of Shakhtar Donetsk. Kyiv heads into the game bottom of Group E on only 1 point after a draw with Benfica. Kyiv have attempted the fewest shots of any team in the Champions League this season (17) so they should look to try their luck against this shaky Barcelona defence.

Overall I think it would be a big surprise if Barcelona cannot win against Kyiv as when comparing their squads, Barcelona are quite obviously stronger. However, with a lack of leadership and poor domestic form, we can’t rule out the possibility of an upset in Ukraine. Despite this, I would predict a 2-0 Barcelona victory.

As many expected, Bayern Munich sits at the top of their group having secured 3 wins in 3 games. Despite this, it does seem the Bavarians have some defensive issues to fix before tomorrow. Bayern conceded 7 goals in their last two games, including a 5-0 trouncing by Borussia Monchengladbach in the German Cup last week. That was Bayern’s biggest defeat in 43 years. Leaving aside defensive woes, Bayern doesn’t have to worry about the attack too much as Robert Lewandowski will be keen to add to his 17 goals from 14 games across all competitions this season.

This will be a big game for Benfica if they want a place in the Champions League knockout stages for the first time since 2016-17. The Portuguese outfit currently sit in 2nd place on 4 points, only 1 above Barcelona. They started the season well with a 0-0 against Kyiv, followed by a surprise 3-0 upset over Barcelona. They lost their last outing against Bayern Munich 4-0 but will be hoping to get revenge.

Following Bayern’s 5-2 win over Union Berlin on Sunday, alongside their obvious strength, I would definitely put Bayern as the favourites in this matchup. A win against Benfica will secure their place in the knockouts so they are likely going to come into this game with a hunger to put another coemption out of their mind. Despite Benfica’s upset over Barcelona, I would be incredibly surprised if they got anything out of this game. I’m calling a 3-1 in for Bayern at the Allianz.

Villareal have been performing as expected in the Champions League this season, they currently sit in second, tied on 4 points with Atalanta and 1 ahead of Young Boys. Last time out against Young Boys, Villarreal battered the Swiss 4-1, they will go into this match hoping to end a curse. Villarreal have not won a home Champions League game since October 2008, so a win here would do a lot to help the Spaniards’ confidence. They should also look to capitalise on a poor Young Boys defence who have yet to keep a Champions League clean sheet in their 10 games

Similar to Villarreal, Young Boys have been performing as expected, sitting at the bottom of Group F. However, they did cause a major upset when they beat Manchester United 2-1 earlier this season, but they are yet to find another point. Villarreal will have to be careful of Young Boys winger Nicolas Ngamaleu who has attempted (35) and completed (20) the most dribbles of any player in the UCL this season.

Overall I think that this is going to be an interesting match as I wouldn’t rule either side out. However, I am going to have to side with the bigger club on this occasion and call a 2-1 win for the Spaniards.

It has been a rocky start to the season for United this season, but they will be hoping to use their momentum from a 3-0 victory over Tottenham to gain a second win against the Italians. A difficult European campaign for the Red Devils has seen Cristiano Ronaldo hit two late winners, including a comeback from two goals down to beat the Italians at Old Trafford in October.

Atalanta sits level on four points with Villarreal, behind United on six ahead of the game. A 2-2 draw with Lazio in Serie A on Saturday sends Gian Piero Gasperini’s team into the game on a three-game unbeaten run since the reverse fixture.

I think that this will be the best game to watch on Tuesday as, unless Manchester United can pull something out of the bag, I think they will struggle to get all 3 points. I am predicting it will end in a 2-2 draw unless Ronaldo saves the Red Devils again.

This could be an interesting matchup as the top of Group G meets the bottom. Wolfsburg has lost 3 of their last 5 matches, including a 3-1 loss to Salzburg in their last Champions League match. However, they have lost just one of their last 9 Champions League home matches and will be hoping to extend this record over the Austrian youngsters. Despite their poor form this season, Wolfsburg’s new coach Florian Kohfeldt has won his first game in charge against Leverkusen and ended the team’s 8 games losing streak. So can he make it 2 for 2?

Salzburg are on the opposite end of the spectrum to Wolfsburg, sitting at the top of the group on 7 points and are undefeated this season. Salzburg will be hoping to make history tomorrow as if they secure a win, then they would be the first Austrian team to win 3 consecutive Champions League matches since SK Rapid Wein in 1982. Salzburg’s one weakness is their lack of experience, with the youngest average squad age in the completion at 22y 351d.

Despite this Salzburg play like a mature veteran team and are definitely my favourites to be Wolfsburg again. I feel that Wolfsburg will want to protect themselves at home, so I don’t believe it will be a lopsided win, instead, I will say a 2-0 win for Salzburg.

I think that this will be a dull affair with a low likelihood of goals. Sevilla currently sits in 2nd place having drawn all 3 games so far this season. However, they have only scored 2 goals in the Champions League, both from the penalty spot. The Spaniards are undefeated in their last 5 games and will be hoping to maybe secure their first UCL victory of the season.

Similar to Sevilla, Lille have been lackluster when it comes to goals this season. They sit in 3rd place after 2 draws and a loss but have only scored 1 goal in those three matches, which came from a direct free kick. Unlike Sevilla, Lille have struggled in all competitions recently, having won only 1 out of their last 5 matches, with a recent 2-1 loss to PSG.

As aforementioned, I think this will be a low-key affair with neither side coming out on top. I like to think of myself as an optimist, so I will say a 1-1 draw to give the game a bit of excitement.

Chelsea should be hoping for another routine victory tomorrow against the Swedish champions. Chelsea sit in second place following their 4-0 win over Malmo in their last outing in the competition. Tuchel’s side has been flush with goals recently, with the Blues scoring 11 goals in their last 3 games and only conceding 1.

As expected, Malmo sits bottom of their groups on 0 points. The Swedish side were unlikely to succeed this season as they were placed in a group with the likes of Chelsea and Juventus. I can’t say much about the Swedes but I expect them to have a swift exit from the competition.

I would be truly shocked if Chelsea struggled against Malmo, and considering their recent form I would say they are more than capable of beating the Swedes 5-0 if not more.

Juventus has reportedly gone into a training retreat after returning to dismal form in Serie A. After a rocky start to the season, matters appeared to have improved with a series of 1-0 wins, but Juventus has lost its past two league matches against Sassuolo and Hellas Verona. Massimiliano Allegri has already lost four of the first 11 Serie A matches at the start of his second spell in charge.

Juventus has never finished higher than fourth after such a mediocre start. In the Champions League, however, it has been a different story and Juventus prepares to face Zenit St. Petersburg looking to maintain its perfect start in Group H. Juventus has its previous three matches, without conceding a goal and could qualify for the knockout stage with two matches to spare.

I think unless Juventus collapse, they should see out Zenit and win 3-1. 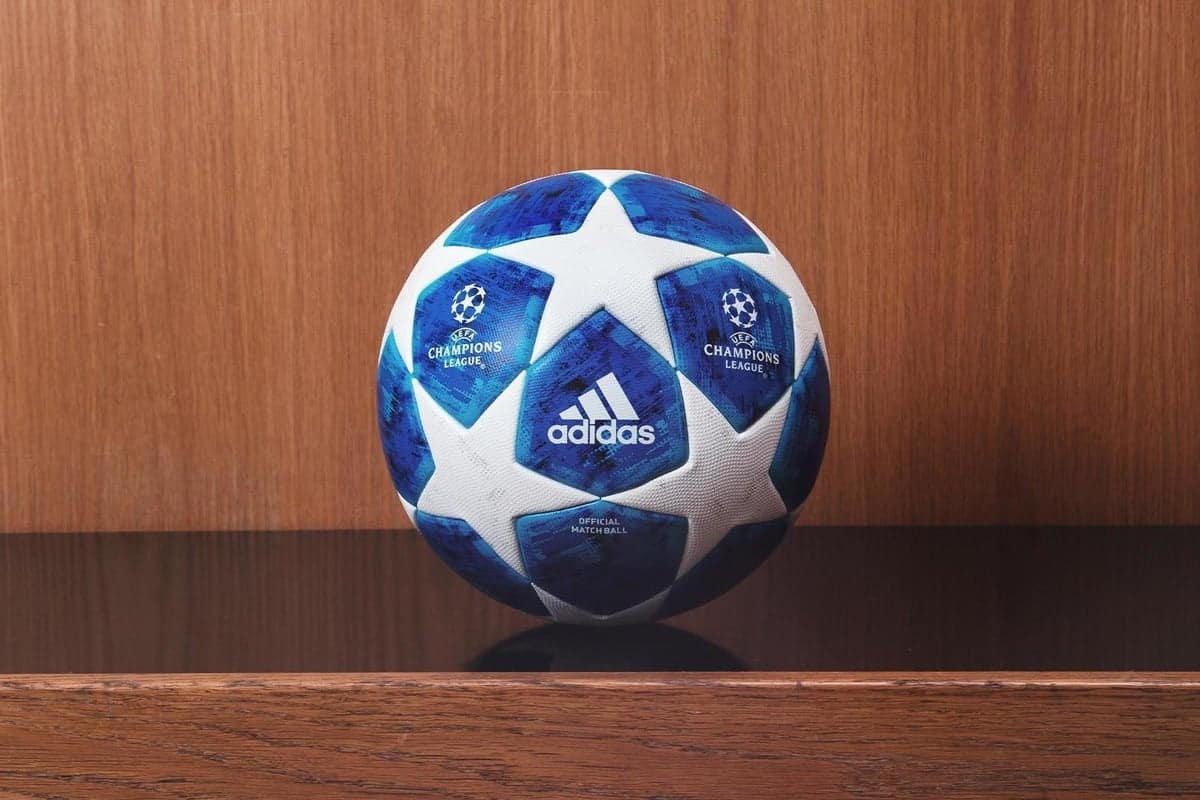