The 2021-22 Champions League competition started more than a month ago with new contenders and new teams ready to impress the top ones.

This group is formed by Paris-Saint-Germain, RB Leipzig, Club Brugge and Manchester City. It seems very obvious who is going to get through in this group because Manchester City and PSG are two big contenders after this summer transfer market. PSG got 5 world-class players for less than 100 million euros.

The French team got the Euro Championships goalkeeper of the tournament Gianluigi Donnaruma as a free agent, and Lionel Messi after winning the Copa America against Brazil. Georginio Wijnaldum, Sergio Ramos and Achraf Hakimi also joined PSG. On the other hand, Manchester City paid 117.5 million euros after an amazing Euro with the English national team with the signing of Jack Grealish from Aston Villa.

The battle for the group started very badly for PSG as they tied in Belgium against Club Brugge. After the match, they recovered very well winning by two goals and with Leo Messi’s first goal against Manchester City. Another surprise was made by RB Leipzig where they expected to be at the top of the group but haven’t won a match yet.

We have 2021 La Liga winner Atletico de Madrid with Liverpool, Milan and Porto at this group. For a lot of people ‘The Group of Death’ where all 4 teams are contenders for the knockout phase. Atletico’s summer break was top class as they managed to get in Antoine Griezmann on loan from Barcelona and signing Rodrigo de Paul for 35 million euros from Udinese.

Milan lost as a free agent their starter goalkeeper Donnaruma but managed to sign Sandro Tonali from Brescia for 7 million euros, Mike Maignan from Lille for 13 million euros and Fikayo Tomori from Chelsea for 28.5 million euros. Also, Porto did well signing Wendell from Leverkusen, Grujic from Liverpool though Danilo Pereira has joined PSG permanently.

This group is been highly competed by all four teams as Liverpool managed to get 11 goals in the first three matches. A 97th-minute penalty goal from Luis Suarez gave Atletico their first win, 2-1 in San Siro where the Italians had played with 10 men since 29 minutes in.

Group C with Ajax, Borussia Dortmund, Sporting Clube de Portugal and Besiktas is one of the most expected groups in this Champions League. Ajax, this summer break managed to keep their most important players for the next season. Dortmund signed Donyell Malen from PSV Eindhoven for 30 million euros and also sold Jadon Sancho to Manchester United for 85 million euros. Sporting sold young left-back Nuno Mendes to PSG for 7 million euros but got on loan Spanish winger Pablo Sarabia from the same club. Besiktas loaned Barcelona midfielder Miralem Pjanic for the season.

The most important match of this group was between both contenders for first place, Ajax and Dortmund, who played in Amsterdam for the first spot of the group. The hosts managed to get a 4-0 win with no chance for the Germans to win the game.

The surprising group with Real Madrid, Inter, Shakhtar and Sheriff Tiraspol, the Moldovians making their debut in the group stages. This summer, Madrid got David Alaba for free after the departures of captain Sergio Ramos and Raphael Varane, while they also bought French star Eduardo Camavinga from Stade Rennais for 31 million euros.

Inter, who have won Seria A last season, sold their lead striker Romelu Lukaku to Chelsea for 115 million euros and right back Hakimi to PSG for 60 million euros. They signed Roma’s striker Edin Dzeko on a free transfer and bought Denzel Dumfries for 12.5 million euros from PSV. Shakhtar spent 40 million on three signings: Pedrinho from Benfica, Marlon from Sassuolo and Traore from Ajax.

Sheriff started the competition with an amazing win against Shakthar before winning their next game in Madrid against the 13 times Champions League winners. Sheriff managed to win the game in the 89th minute with a goal from Thill.

Bayern, Barcelona, Benfica and Dynamo Kiev are the teams in Group E. In this transfer market, Bayern bought Sabitzer and Upamecano from RB Leipzig (15 and 42 million euros) while they also signed Reading youngster Omar Richards for free. Barcelona used the free agency market to get some world-class players after the loss of Messi to PSG: Depay and Aguero were the top signings. Benfica bought Yaremchuk from Gent for 17 million euros and Meïte from Torino for 7 million euros.

Barcelona and Bayern started the group with a 3-0 win for the German club. Barcelona also lost their second game against Benfica in Portugal, again 3-0. Barcelona managed to get back from those losses and win by 1-0 to Kiev in Camp Nou. Bayern have won all 3 matches with ease. Benfica and Kiev tied their first game with no goals.

The first match of this Group was between Man Utd against Young Boys. It was Ronaldo’s second UCL debut with the Red Devils and didn’t let down scoring in the 13th minute. But things turned around and Young Boys ended up winning the match with a goal from Siebatcheu in the 95th minute.

In the next match, Cristiano Ronaldo would end up scoring in the 95th minute for the win against Villareal in Old Trafford. Atalanta wasn’t able to hold onto their 2-0 half-time lead against United with the match ending 3-2 to the Red Devils. Villarreal managed to beat Young Boys 4-1 with no problem.

Salzburg, Sevilla, Wolfsburg and Lille play in Group G. Wolfsburg signed a couple of strikers in the summer in Waldschimdt and Joao Victor. They bought Nmecha from Manchester City for 13 million euros and reinforced their defence with Bornauw from Koln for 13.5 million euros. Salzburg sold Mwepu for 23 million to Brighton and also sold Daka to Leicester for 30 million euros.

Sevilla have drawn all their matches. Salzburg defeated Lille 2-1 and Wolfsburg 3-1. Lille have had a tough start to the group stage and may struggle to qualify for the knockout phase.

The last group of the competition has Juventus, Zenit, Malmo and last season’s Champions League winner Chelsea in it. Juventus sold Cristiano Ronaldo to Manchester United for 15 million euros and bought American midfield Mckennie from Schalke 04 for 18.5 million. Zenit spent 15 million euros for Claudinho from RB Bragantino. Chelsea sold have sold Zouma, Zappacosta, Abraham, Guehi, Tomori, Giroud and Moses for 138.5 million euros while they have bought Seria A top scorer Romelu Lukaku for 115 million euros from Inter, they also got Saul as a loan from Atletico.

The most important match of the group was played in Turin between Juventus and Chelsea. Juve took the win with a goal from Euros sensation Chiesa in the 46th minute. Juve also managed to win all three matches with Chelsea winning against Zenit and Malmo. 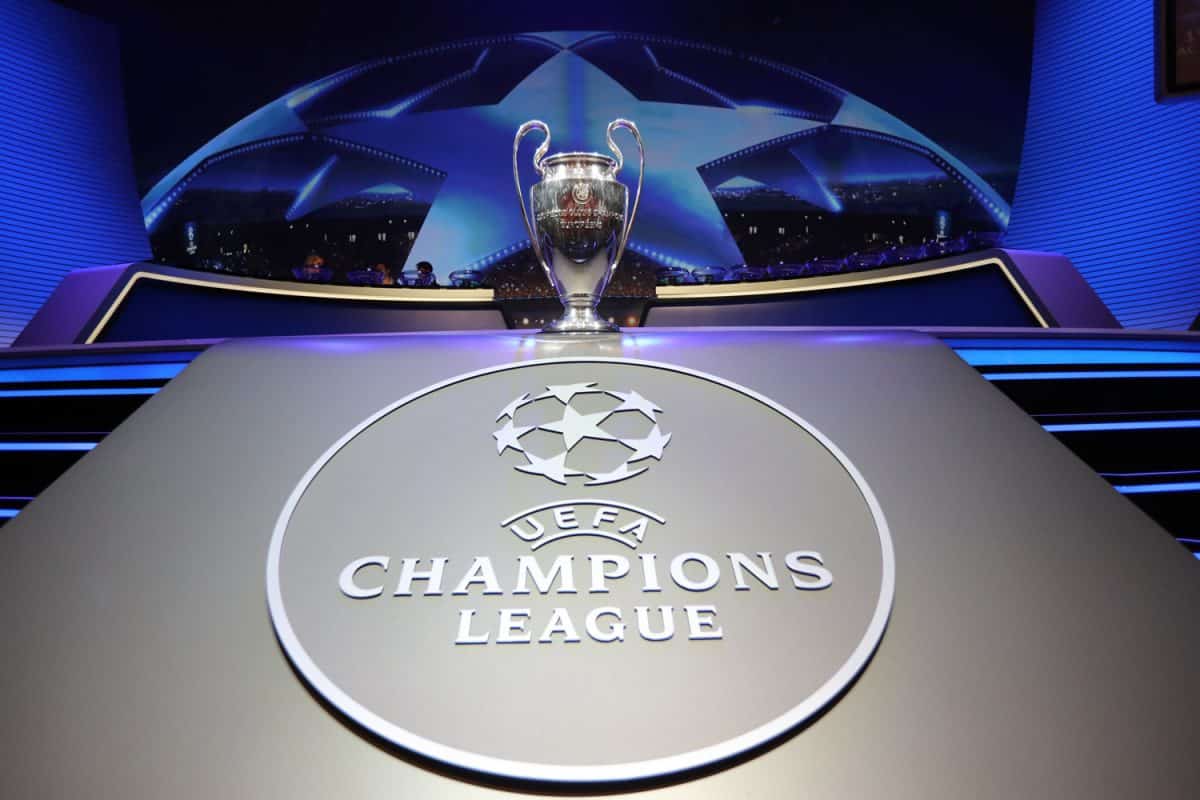