A packed schedule for the Red Devils led to a significant starting XI reshuffle with 10 changes being made. Only Mason Greenwood kept his place from their win at Villa Park last Sunday.

Leicester on the other hand finally moved away from the three Centre-Back formation as Jonny Evans still remains out after an injury in the warm-up vs Newcastle last Friday. They lined up in the traditional 4-4-2.

A scintillating opening 20 minutes in this game saw Luke Thomas for Leicester open the scoring with a tremendous strike.

Starting with three quick passes on the right-hand side of the pitch, the final of which releases Youri Tielemans down the right-wing. Tielemans cross finds Thomas on the edge of the 6-yard box, who volleys the ball home by way of the very top right-hand corner. A fantastic, inside of the foot, precise finish from the teenager, getting his first Premier League goal.

It only took 5 minutes for a response from the hosts, however, as youngster Amad Diallo latches onto a long ball after some poor defending from Thomas. Diallo lays the ball back to the edge of the box for young talent Mason Greenwood, who faints and drives into the box with pace and finishes past Kasper Schmeichel with a cool right-footed finish across goal to equal the score. Greenwood now with 11 goals on the season (in all competitions).

Leicester controlled the half from then on, and ended it with a freekick from Youri Tielemans, around 25 yards out but he cannot find the target as the ball is smashed into the wall. Despite having the ball, it was still very slow from the visitors. Half time at Old Trafford.

Not for the first time this year Leicester responded with a vibrant second half. Tielemans then set up Kelechi Iheanacho with an excellent pass splitting the United defence, but the Nigerian cannot convert the chance on 59 minutes. Leicester continued to attack in waves against Manchester United’s back-ups.

The constant pressure resulted in what Leicester deserved as they win a corner, delivered by Marc Albrighton and powered home by Çağlar Söyüncü which would win the game 1-2 for Leicester.

The Foxes securing a fantastic result tonight really puts them in the driver’s seat for Top 4 and Champions League football next season. Much to the disappointment of Liverpool and West Ham.

This result confirmed Manchester City as mathematical and official Premier League Champions with 3 games to go this season. It looks like 2nd place for Ole Gunnar Solskjær’s side is reserved for them. But are they improving under Ole? Or was this due to lack of competition? Let us know in the comments or join the discussion, in our new forum.

With relegation having been decided on Monday with Fulham’s defeat to Burnley, this game was for two things; bragging rights and momentum.

The most noticeable part of the team sheets was the return of Southampton’s talisman, Danny Ings, which will bring nothing but joy to the faces of all Saints Fans.

Palace started off the better side after Christian Benteke put the visitors ahead inside 2 minutes. A freekick delivered into the box, which was met by the head of Scott Dann, who brought it down into the path of Benteke. Despite being surrounded by a plethora of Southampton bodies he turns and powers it home into the bottom right-hand corner. Forster was left with little time to react and Roy Hodgson’s side found themselves a goal to the good early at Saint Mary’s.

Southampton woke up shortly after and began creating some chances. In 19 minutes, Nathan Redmond picked the ball up and delivered a cross from the left-wing, controlled by Ings who pulled away from Cheikhou Kouyaté and slotted it beyond Vincente Guaita. An excellent finish from the Englishman.

The next big chance fell to the South London club with their star Wilfred Zaha who danced round the Southampton defence and forced a clumsy challenge from Nathan Redmond; Penalty to Palace.

But a poor, weak penalty, from the usual specialist Luka Milivojevic is saved by a diving Forster. The penalty, aimed to the right, was given an unnecessary extensive VAR check for “infringements” and Forster potentially being off his line, which he wasn’t.

Half time occurs with Palace being the more frustrated team after missing the penalty. But a good response from the Saints after the early defensive lapse.

After half time, Southampton came out firing this time as within 2 minutes a short corner routine was executed to perfection. James Ward-Prowse played the ball to the edge of the box to Stuart Armstrong, who fired it to the back post for a lunging Che Adams who put Southampton after a terrible start.

The perfect reaction from the hosts.

Despite Hodgson bringing on Jeffery Schlupp and additional striker Michy Batshuayi, they were struggling to create a clear-cut chance and their lack of creativity was ultimately punished as a perfectly timed Danny Ings tucks the ball just beyond the keeper after a quick ball forward. Once again, Ings proving, after his 3-week absence, he is one of the best in the Premier League. Game over.

This win shows Southampton that they can create some quality opportunities when Danny Ings is on the pitch. They just need him to stay healthy. Would you take Danny Ings to the Euro 2021 tournament?

Crystal Palace on the other hand looks outdated and old fashioned. Could Roy Hodgson’s time at Palace be coming to an end? It is a real possibility as they may look toward a different style of play next season by not renewing Roy Hodgson’s contract. 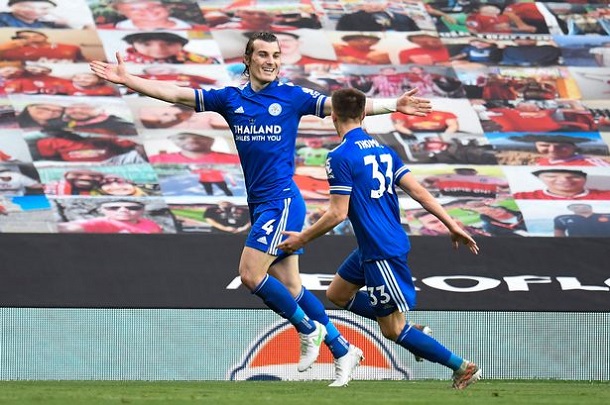