The All-British showdown between Chris Eubank Jr. and Conor Benn has been cancelled after the emergence of failed drug test reports in the media resulted in its postponement.

The stage was all set. Fans had already started to pour into the city of London to witness one of the greatest rivalries in the history of British boxing. A rivalry that started way back in the 1990s with Chris Eubank Sr. and Nigel Benn constituting the grounds for it. Now it was the turn of their sons to reset that stone and create a name for themselves.

On Wednesday, the day of Benn and Eubank’s media workout, news broke that an “adverse analytical finding for trace amounts of a fertility drug” had shown up in one of Benn’s recent tests by the Voluntary Anti-Doping Association (VADA). And it was later confirmed that the drug to be identified is ‘Clomiphene’.

The news came as a shock to everyone as the highly anticipated son vs son mega showdown collapsed publicly in the most dramatic way possible. The concerned parties, Matchroom Boxing and Wasserman Boxing wanted to proceed with the fight but the British Boxing Board of Control announced the clash was “prohibited as it is not in the interests of boxing”.

It wasn’t that the scheduled fight was free of any controversy before but the failed blood test for an illegal drug proved to be a final nail in the coffin. Eubank Jr. was due to fight Benn at a catch weight of 157lbs, 3 lbs lighter than his previous fight against Liam Williams. His father, Eubank Sr. didn’t like the idea of him fighting at this weight as he felt that it was jeopardizing the health of his son. He even went on to proclaim that the fans should boycott the fight amidst safety concerns.

But despite these statements, the plan went ahead before Wednesday’s turn of events spoiled the party. Benn, 26, has been undefeated to this point with a record of 21 wins, 14 of which came by the way of knockout. His battering of Chris Algeri has been the most impressive victory of his career till now. Benn showed immense maturity during the whole fight before he landed a combo of left-right in the fourth round that sent the former champ crashing to the canvas.

Algeri was by no means an easy nut to crack but the way Benn set up that highlight reel KO was indeed commendable. While on the other hand, Eubank Jr is much more experienced and has shared the ring with notable fighters, the likes of Billy Joe Saunders, George Groves, and James DeGale topping that list.

Fireworks were expected between the two fighters who are at the peak of their powers. A mouth-watering clash that was not to be missed but to see it unfold like this has left fans gutted. Benn took to social media and expressed his disappointment, stipulating that he wants to get his name clear till further rescheduling.

While on the other hand, Eubank Jr. hasn’t ruled out the possibility of fighting Conor in the future. The Brighton native was putting in hard yards in preparation for this fight and had remarked that he will hang up the gloves if he loses to his bitter rival. So, it pretty much sums up the disdain these fighters had for each other; the beef was real.

It is not known whether the two will ever come face to face in the ring again but the prohibition of this fight surely hasn’t gone well with the fighters and boxing fraternity, especially the British public who were taking a keen interest. Only time will tell whether the duo will square off again or not. But for the time being, it has been officially called off. 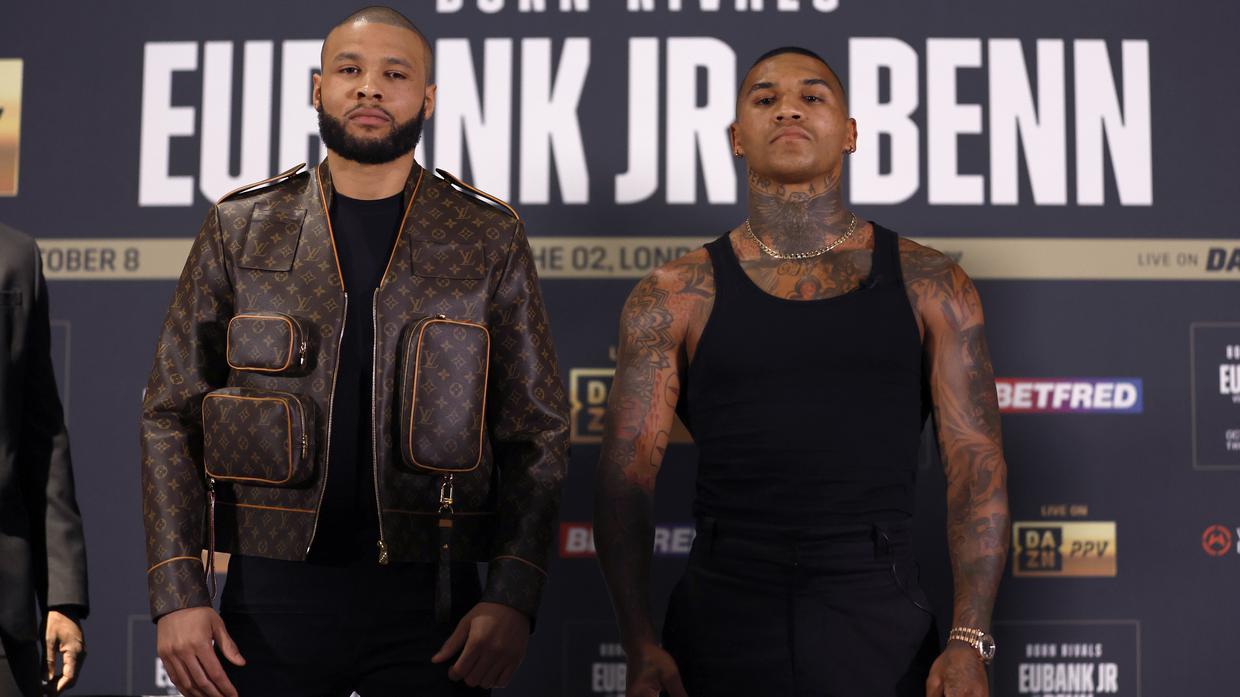