A century on debut for Devon Conway saw New Zealand in a good position against England after the opening day’s play at Lord’s today in the first test of the 2-test series between the sides with the Kiwis preparing for the World Test Championship final against India at the Rose Bowl at the end of this month.

England named two debutants in their team with Gloucestershire wicket-keeper James Bracey and Sussex seamer Ollie Robinson receiving their test caps this morning from Marcus Trescothick and Jon Lewis respectively as the hosts named a bowling attack without a front-line spinner (with captain Joe Root bowling spin yesterday and potentially Dan Lawrence and Dom Sibley later in the test).

New Zealand would give South-African born Conway his debut at the top of the order (he’s already played 3 One-Day international games as well as 14 international T20 games in the white ball formats) while seamer Trent Boult was not involved after going back to New Zealand after the Indian Premier League was cancelled so Neil Wagner would be their only left-arm seam option.

The visitors won the toss and elected to field with Conway and Tom Latham opening the batting. They would put on 58 for the opening partnership before Robinson got his maiden test wicket by bowling Latham for 23 before visitors’ captain Kane Williamson the second wicket to fall as he would be bowled by James Anderson for 13, both batsmen chopping the ball onto their stumps.

Ross Taylor would be the only other wicket to fall in the day’s play as he would be trapped LBW by Robinson for 14 with an unbeaten 132-run partnership between Conway and Henry Nicholls saw the tourists end on 246/3 – the former on 136 not out and the latter ending the day on 46.

Teams For This Game

ALSO READ: Morianty Has Gloucestershire In A Spin

Who else has made centuries on debut for New Zealand?

There have been 109 different players that have scored a hundred on their Test debuts (with West Indian Lawrence Rowe and Pakistani Yasir Hameed scoring tons in both innings on debut), 12 of those for the Kiwis going all the way back to Jackie Mills, who got 117 against England at the Basin Reserve in Wellington, in January 1930. 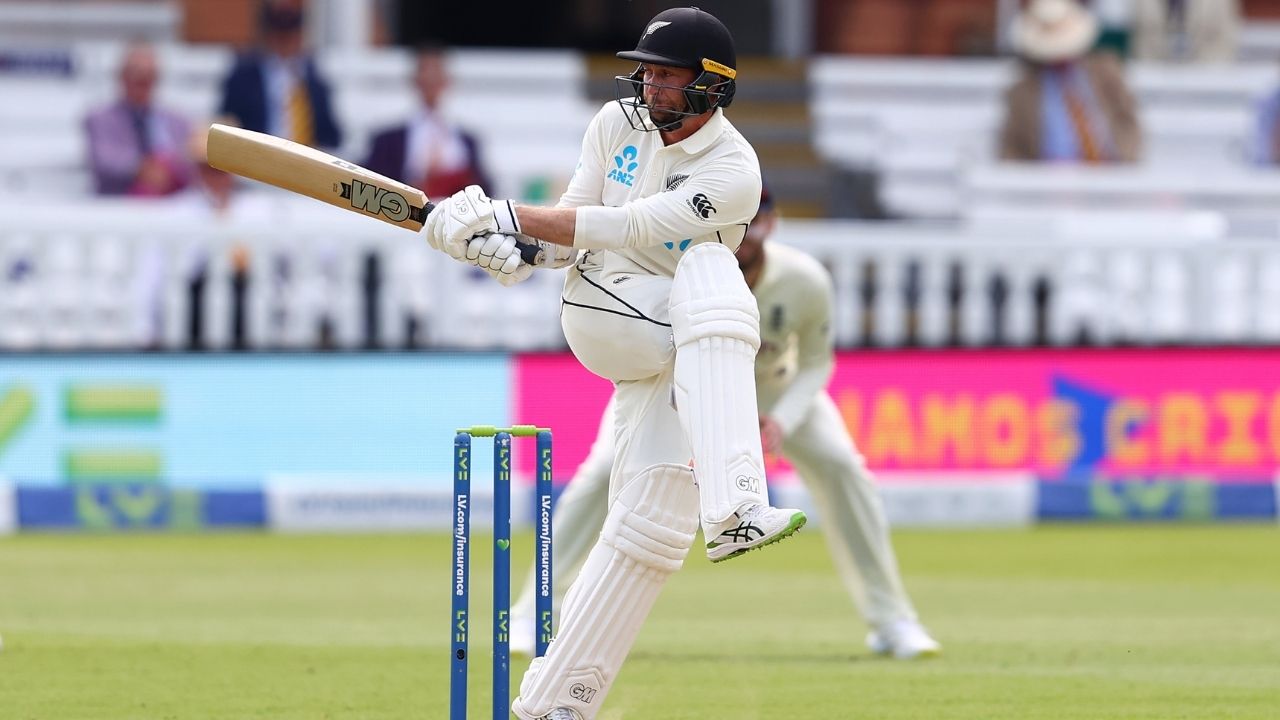