At the start of the 2020-21 season, few would have predicted that Leicester Tigers would be in genuine contention for a major European trophy.

Rock bottom of the 2019-20 Gallagher Premiership, Leicester were only spared relegation last season because of Saracen’s mammoth points deductions for breaking salary cap rules. If not for that, one of the most successful clubs in English rugby history would now be competing in the Championship – travelling away to the likes of Cornish Pirates and Jersey Reds.

The transformation of the Tigers has been nothing short of miraculous this season. Much of the credit for this has to rest with Steve Borthwick, whose famed rigour and meticulousness have returned Leicester’s scrum and lineout to something of its former glory. The recruitment of the ‘right sorts’ of players has also been paramount to their success, with less superstars and more loyal foot soldiers, prepared to play for their teammates and stick to a game plan.
ALSO READ:  Does the Lions tour prove you should pick on reputation rather than form?

On Friday night, Leicester welcomed a quality Ulster side, currently sat comfortably in second in Conference A of the Pro14. Again, few anticipated Leicester to make the final, and following the high-octane start from Ulster, they would have good reason to feel this way.

Relentless Ulster pressure resulted in a yellow card for Leicester skipper Tom Youngs inside 15 minutes, which was swiftly followed up by a try for Lions hopeful Iain Henderson. 6 minutes later, fly-half and Irish international Billy Burns had also crossed the whitewash, leaving the Tigers visibly rattled and well behind on the scoreboard.

Weathering this early onslaught by the men from Belfast, Leicester were able to get into half time only 17-6 down. Whatever Steve Borthwick told his troops during the break certainly made a difference, and it only took 5 minutes for them to get back into contention, with talismanic, man-mountain Jasper Wiese crashing over under the posts. The South African-born number 8 has been exceptional this season, making metres where he has no right to do so.
ALSO READ:  Chris Hughton fired by Nottingham Forest
This shift in momentum continued for Leicester, who, encamped on Ulster’s line and with a penalty advantage, spread the ball wide, allowing Ellis Genge to barrel his way over in the corner. Genge is viewed by many to be a strong candidate for Warren Gatland’s Lions squad and this display will have done him no harm whatsoever.

Seemingly in control, Leicester was stunned by a quick lineout move and some crisp handling, which saw number 8 and former sevens player Nick Timoney pin his ears back and gallop over from 40m out.

However, Leicester was not to be denied, and with 6 minutes left on the clock and only a narrow 2 point lead, George Ford threw a stunning 25m pass which was gathered by Matias Moroni, who put young Guy Porter away in the corner for what proved to be the decisive score and a 33-24 victory for Leicester.

Meanwhile, on Saturday night, Bath crumbled again under the weight of expectation, capitulating to an uninspiring 19-10 defeat at home to Montpellier. Bath had every opportunity to progress, none more so that in the 56th minute when Montpellier had a man sent to the sin bin.

Instead of taking an easy 3 points, Bath decided to take the tap from the 5m line, only to concede a penalty by going off their feet at the ruck. Montpellier held on for the victory and will now face Leicester in the final, leaving Bath to rue the missed opportunity to face their old rivals for silverware in 2021.

Who do you think will triumph in the final? Please leave a comment below with your thoughts. 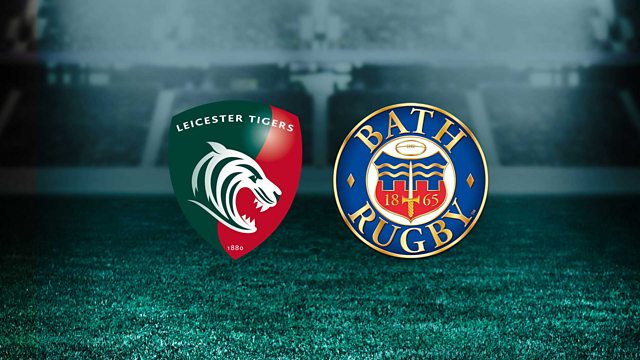