On March 5th the long-brewing grudge match between former best friends turned foes Jorge Masvidal and Colby Covington is set to be finally fought. And while this bout’s anticipation and popularity stem from who will be able to secure bragging rights there is way more at stake for the two former teammates future title hopes hence why I believe Covington V Masvidal is more than a grudge match.

With Colby Covington coming off a second title loss against Welterweight champ Kamaru Usman the next step for the welterweight contender was up slightly up in the air considering the current state of the division the same could be said for Jorge Masvidal who compared to Colby was coming off back to back losses to Usman with the most recent being a KO loss hence why this bout being announced couldn’t have come at a better time and is so important for both men for numerous reasons including age, continued relevancy and a new star in the division.

It’s been no secret that star power has gained fighters favour from the UFC regarding getting closer to the title and this has arguably been the case for the welterweight division in the past year. Both Jorge and Colby’s obtainment of their recent title shots have been called into question by some and in my opinion rightfully so. Jorge before his second title shot was coming off his first one against Usman which while uneventful Usman remained in complete control of and Colby hadn’t fought since 2020. A case could be made both fighters earned their recent title shots mostly due to their fame and colourful personalities which while well acquired through past performances shouldn’t necessarily be the case when fighters are on long win streaks such as Leon Edwards for example.

But while Jorge and Colby are arguably the biggest stars of the welterweight division the problem they both currently face is not only that they are both ageing but also that the division may well be on the cusp of moving on from them as the main attraction outside Usman with the arrival of Khamzat Chimaev. Khamzat is the hottest prospect currently in the UFC and while relatively raw he has garnered great praise from his performances with the promotion. He is exactly what Dana White and the UFC would have been wanting to appear for the welterweight division. A fresh new personality liked by most and seemingly feared by those higher ranked than him who don’t gain much from a fight with him. After both their losses to Usman this is a pretty bad predicament for the Gamebred and Chaos to be in considering the title as most exciting and probable threat to the Welterweight king is being unwillingly pulled away from the two slowly lessening their relevancy.

It’s for this reason why I believe why Khamzat’s progress in my opinion greatly affects the ‘stock’ of Covington and Masvidal as he is the ‘future’ while they are the past. Hence why a win at UFC 272 is of the utmost importance for the two.

Along with the appearance of Khamzat time is also a big factor at stake in this fight. Both fighters activity has been patchy, to say the least, in recent years with their most activity in recent years coming in 2019 when Masvidal fought 3 times with 3 finishes and Colby fought twice once for the title and while in their defence the welterweight is a division under scrutiny for its contenders not fighting each for that number one spot as often as they should it is still a massive problem for them considering their current body of work.

Both fighters are 3-2 in their last five fights and while their wins were either emphatic or dominant they haven’t particularly aged the best in all honesty. Masvidal while getting 3 finishes in those 3 wins from his last five the personnel he fought consist of a fighter in Till who has moved up Middleweight and is struggling to find his feet, Nate Diaz who is 4-6 in his last 10 and is pending retirement and Ben Askren who had a terrible UFC run and was recently KO’d by Youtuber Jake Paul. In the scenario, Jorge loses to Colby he realistically will never get another shot at the title again with the fighter turning 38 this year.

And while Colby who turns 34 this month will very likely have more years left in the tank than his former teammate he is in the same predicament as Jorge with his previous wins also arguably ageing poorly (Woodley, Maia, and Lawler) combine this with a potential loss at UFC 272 his relevancy as a contender and as a draw drops which kills any hope for another title shot or a potential big-money fight with the likes of saying Dustin Poirier for example who Chaos has gotten into it with recently.

All in all, with all that’s at stake how can this main event not deliver UFC 272 is due to be one for the ages. 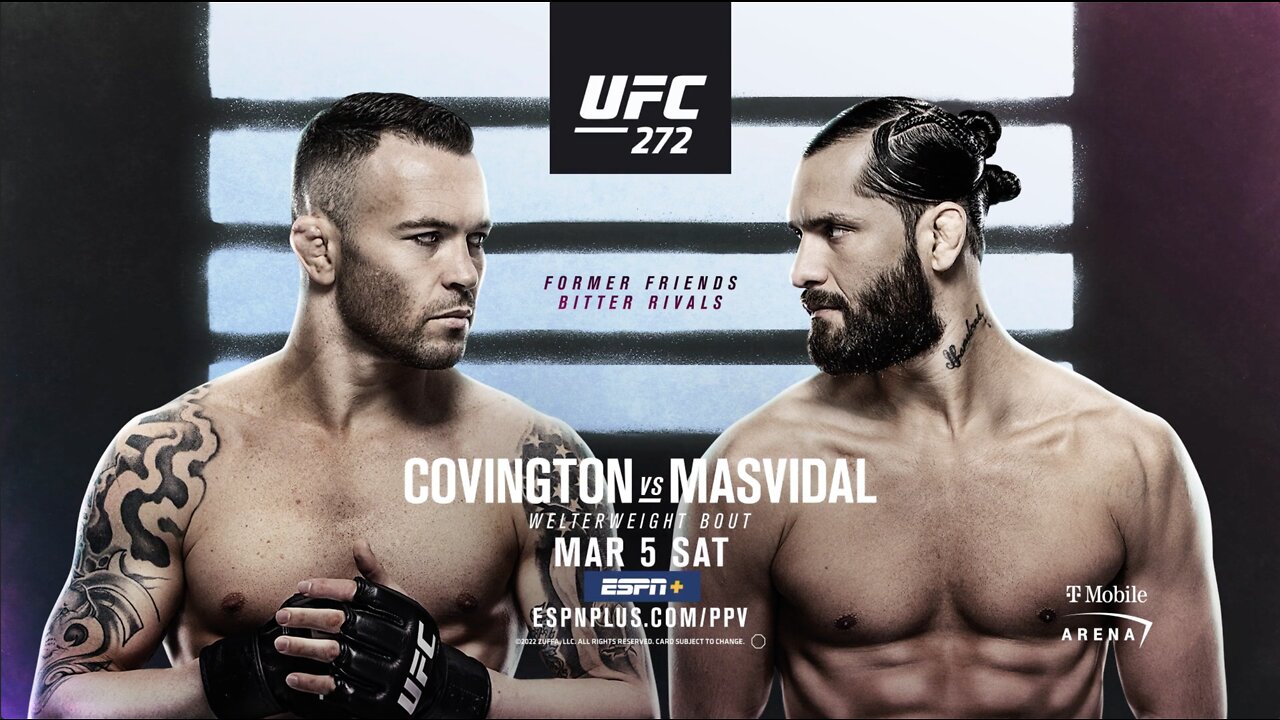