Last year Royal Union Saint-Gilloise, the fourth oldest club in Belgium, returned to the country’s First Division A for the first time in 48 years.  Founded in 1897, Union were Belgium’s most successful side before the Second World War, winning 11 titles between 1903 and 1935, and setting a 60-game unbeaten record, that remains to this day.

Royal Union SG currently sit 7 points clear of Antwerp at the top of the Juliper Pro League, with eight games of the regular season remaining.  The top four teams will then break off into the play-offs, restarting on half the points they won in the regular season, and play each other home and away.  The team that finishes first is crowned Belgium Champions.

Royal Union have gone about their season in extraordinary fashion.

They have the best attack and defence record in the league, having scored 59 goals in their 27 games and having only conceded 22.

Last weekend, Union also won at Royal Antwerp for the first time in 64 years and completed a league double over city rivals, RSC Anderlecht, for the first time in 70 years.  They have achieved this all whilst having the third smallest budget in the league and with 9 of their regular starters still playing from their time in the second tier.

Comparisons to that Leicester team

Touted as the “Belgian Leicester City”, their resemblance to that team of 2015/16 extends far beyond the magnitude of their potential achievements.  They are a team that is very much greater than the sum of their parts; an eclectic mix of age, nationality (17 to be exact) and player talent.  They are also managed by an Italian (well, Belgian-born to Italian parents) who adopts a dynamic, hard-pressing style.

To make the comparison to Leicester City even more uncanny is that they are also foreign-owned.  Brighton and Hove Albion owner, Tony Bloom, also shares ownership of Royal Union SG with his friend, Alex Muzio.

Even though their route to pre-eminence is made far tougher when the championship reaches the play-off format – playing home and away against the top three other sides in the league – they too, like Leicester did so emphatically on their run to Premier League greatness, will relish the challenges and obstacles thrown their way.

Union were a very traditional club, one of old, with antiquated philosophies, until the interest of Bloom and Muzio sparked a revolution that has completely transformed the club.  They have become a club that has attracted the interest and support of a more spirited and youthful fan base in Belgium, those with far more progressive views.  Muzio has expressed how this has made his management of the team easier as their sympathetic nature, positivity and anti-racist, anti-fascist ethos aligns with his.  He has stated that “I don’t have to think what the supporters would like me to do, I just have to think:  how would I like this to work?”

ALSO READ:  Senegal vs Egypt – What Happened In The 2021 Africa Cup of Nations Final

Although it is a resurgence still very much in its infancy, the fan base is slowly growing as more and more are becoming attracted to their story.

What attracted them to Belgium and to Royal Union?

When Bloom and Muzio discussed the plans for a joint takeover, they expressed their desires for finding a club in Europe that met two exact criteria.  The first, an easy commute from London, with the second, being a team they could embark on a journey with.

Subsequently, their answer, Royal Union SG.  With a deep history, one of early dominance followed by this extended period of struggle, and just over an hour’s flight from London, the Belgian side appeared a perfect match for the two investors.

Already foreign-owned by German, Jürgen Baatzsch, it was also unlikely that their takeover would be a culture shock to the club.  In addition, Union were part of a national league system that was scarce to find in modern-day football.  There were not mega-rich teams dominating the league as exemplified in France, England and Spain, but neither was there a stark drop off in competitiveness between the top and bottom sides, as is such in Germany, Portugal and the Netherlands.

Thus, Royal Union was the exact club for Bloom and Muzio and so in 2018, they bought the club.

A bit of Covid help

It has taken three years to gain promotion from Belgium’s second division and, even though their current success is astonishing, it has not been without the help of the paradoxical financial benefits that Covid has provided.

The Covid pandemic has restricted the investments and spending of the bigger clubs in Belgium, such as Anderlecht, Genk, Gent and Club Brugge, which has allowed a fairer alignment with Union’s spending budget.

What next for Royal Union?

Although their journey to date has certainly been one of impressive stature, it is far from over.   Next for Royal Union, an away visit to Charleroi, who they beat 4-0 in the reverse fixture last year.  After that, who knows where their remarkable run could take them, back-to-back titles or even to Europe and the Champions League.  Before getting too carried away, however, long may their incredible journey and story continue. 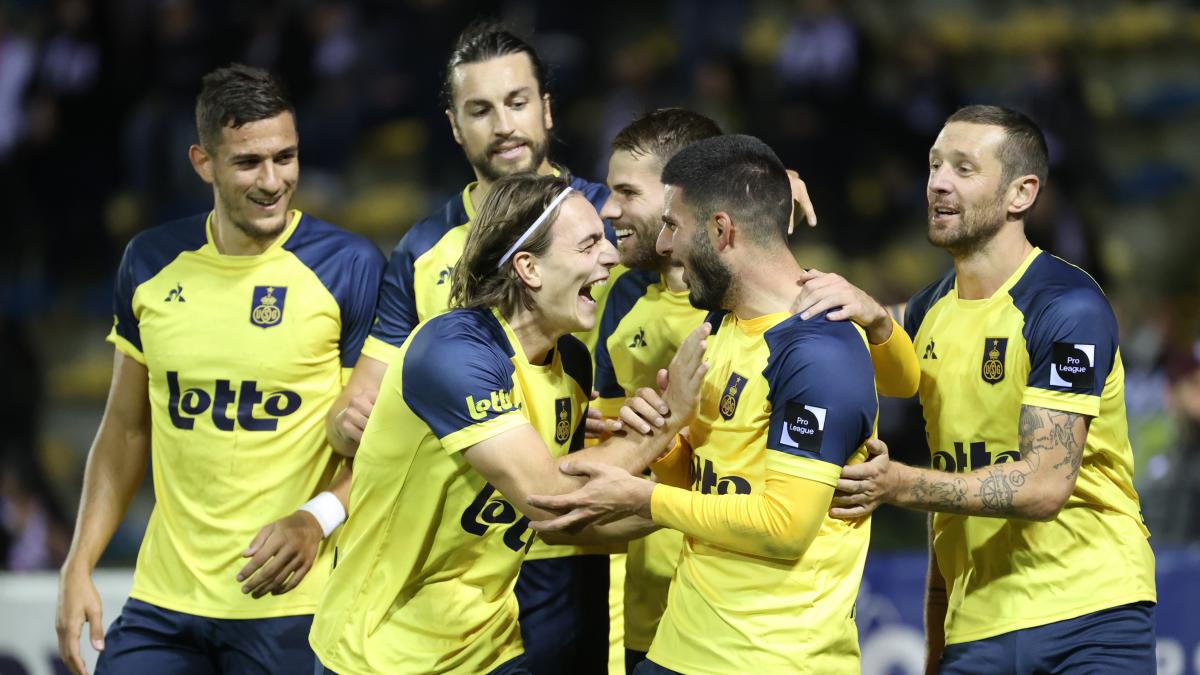