Terence Crawford retained his Welterweight crown in Las Vegas Saturday night at a packed out Mandalay Bay, with a statement stoppage of dangerous challenger, Shawn Porter, who had only lost to the very best in the division, including Crawford’s long-time target, Errol Spence Jr. In the post-fight press conference, Porter announced his retirement from boxing with immediate effect to gasps of disbelief amongst reporters.

The 10th round was a few seconds old when Crawford sent Porter crashing to the canvas with an overhand right. Porter got up, but it was clear he was in survival mode. Crawford moved in, probing, stalking, looking for a defining punch to end the contest. He found it at 1.21 seconds of the round with a vicious uppercut, right hook, left hook combination that put Porter on the seat of his pants. The challenger beat the canvas with his fists in frustration, but made it to his feet.

As the referee, Celestino Ruiz, continued the count, Porter’s father, Kenny, appeared on the ring apron with a towel, pulling the plug on the fight and surely saving his son from further and unnecessary punishment.

Crawford already leading on all three judges scorecards, got the win, his 5th consecutive defense of the title, his 9th stoppage in a row and kept his WBO belt to his evident joy. Beaming widely, he did a jubilant jumping dance, no doubt to the rhythm and beat of ‘I-told-you-so’ in celebration of the victory.

The Oklahoma champ has endured the snide jibes and taunts within and without of the boxing community, and reporters who hounded him with loaded questions about the names on his CV, insinuating that his perfect 38-0 record contained many more fillers than thrillers.

Crawford rightly considered that disrespectful to himself and opponents, reminding everybody that you don’t become a world champion by luck. And so this victory over a lively, world-ranked, Shawn Porter who came into the ring ready to rock-and-roll was a satisfying silencer to those critics who doubted him.

Indeed, Shawn Porter, who was easily the best opponent Crawford had faced to date, played a full part in this eagerly anticipated contest – slick and relentlessly aggressive from the first bell. Always taking the fight to Crawford, he exposed the champion’s susceptibility to an overhand right, troubling Crawford and buckling his legs in the sixth round.

Errol Spence Jnr watching on from ringside, who taunted Porter later with a tweet that said, “If I was Shawn, I wouldn’t pay my daddy. lol,” will have taken note, and feel confident that he could do what Shawn Porter couldn’t: outbox his man.

“He was real hurt and his dad did the right thing by stopping it because I was coming with a vengeance. Shawn Porter is a slick fighter. He was doing some things in there and made me think. I can’t say nothing bad about him. I told him I loved him. Shawn Porter is a good friend of mine, and I never wanted to fight him.”

Whilst Shawn Porter says goodbye to boxing with this loss, Crawford was looking forward to his next fight and the mouth-watering prospect of unification and legacy.

“I will fight whoever wants it next. Everyone knows who I want.”

With this knockout performance, and the man himself sat in attendance at ringside, nobody was in any doubt. 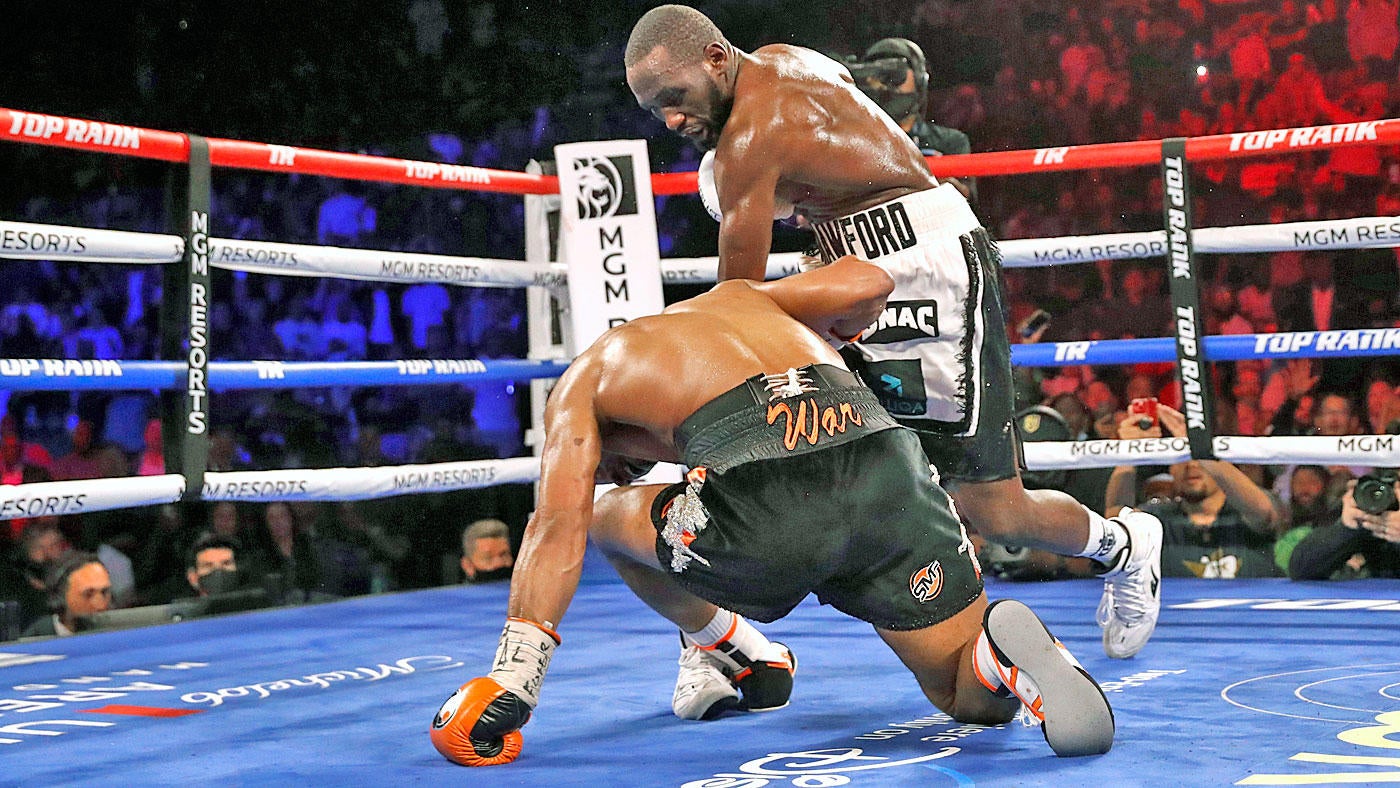