2009, Lahore- A terrorist attack while a Test match was being played between Sri Lanka and Pakistan shook the world of cricket. Post that gruesome incident, cricket has left Pakistani shores and slowly but steadily the attention of people following and covering their cricket has also dimmed down considerably.

Pakistan had to adopt to a new home in the UAE since 2009. And to their credit despite playing in such tiring conditions their record has been pretty good in their adopted home. But personally, one gets the feeling that the media, and people who cover the sport have directly associated terrorist attacks with Pakistan’s cricketers as players who have emerged post 2010 get hardly spoken or featured as much their predecessors.

I don’t know if it’s got to do with staying away from a country that has sadly become increasingly associated only with terror and terrorist attacks in the past decade. But it’s indeed sad that players coming out from their team don’t get enough recognition or due. It still intrigues and to an extent worries me that players don’t get spoken of much.

What gets blown out of proportion are the on-field scandals and controversial comments made by their former cricketers. I understand that’s big news and gets ample coverage but why don’t enough websites/platforms talk and write about some of the fine talented players from Pakistan in recent times?

We have got to admit that they can be a team of extremes- brilliant on one day and shocking the next. But that’s the beauty of Pakistan’s cricket and it has been a trait that I have associated with while growing up, following the game. They had so many match-winners in their side but collectively as a team they didn’t do enough justice.

Obviously, being an Indian, the 2003-2004 Test series win in Pakistan which was spearheaded by Irfan Pathan, Lakshmipathy Balaji and Rahul Dravid’s brilliance ranks as among the best series of cricket I have watched. The emotions, hard-fought cricket and finally India ending up as winners! Now that’s something this generation of budding fans of the game will never get to witness.

It took me by surprise when many people I spoke to and some people who write for online portals as well seem to know so little about some of the players in the recent crop of Pakistan cricketers. That kind of shook me up as those players don’t deserve this neglection from the general media. There are some fine talents who get noticed only when there is an ICC event in recent times.

Frankly, because of the lack of exposure for many of these players who play very less international cricket in a calendar year plus missing out on the IPL, the quality of some upcoming and young players can be questioned. They seem to be underprepared for the challenges thrown at them at the international level.

A person following cricket in recent times should be equally aware of what Babar Azam, Azad Shafiq, Harris Sohail are doing with the bat across formats or they should know what players like Mohammed Amir, Wahab Riaz, Shaheen Shah Afridi are capable of then only know and follow what players from their Asian counterparts are up too.

Babar Azam for example has a record across formats that can give the fab four- Virat Kohli, Steven Smith, Kane Williamson and Joe Root a run for their money. Just for his technique and stroke making abilities plus his ability to adapt to different conditions, I would rate him higher than even Joe Root. So someone who is or should be in the fab four of World Cricket now gets far less coverage and backing, which is not nice.

The awareness to know and appreciate the game of some of players who are part of Pakistan’s team in recent times needs to be looked at. PCB is struggling for revenue post Cricket leaving their shores, a select crop of players from their country go on to play in popular T20 leagues in the world like Big Bash League (BBL) or Caribbean Premier League (CPL).

Pakistan are and will continue to be a side that will possess some extremely talented players who will get unnoticed. That is something that must change as the sport is slowly returning to their country, but it will take few more years for teams to completely feel comfortable to tour Pakistan for a full-fledged series.

What must and can change is how their team is portrayed or promoted in recent times. Clearly, the PCB doesn’t have the funds to promote and grow the sport in their country off late, so one gets to see more mileage provided to teams like Bangladesh or Afghanistan who through their constant upward rise have gained in prominence.

This game needs every worthy player to be noticed and talked about. Pakistan and to an extent even Sri Lanka do possess 5-6 fine talents that require assistance from ICC and other broadcasters to ensure their game gets noticed and appreciated than what it is at the moment. Pakistan is now for a large section of audiences following the sport a team they witness only in ICC World events and that’s something that has got to change. 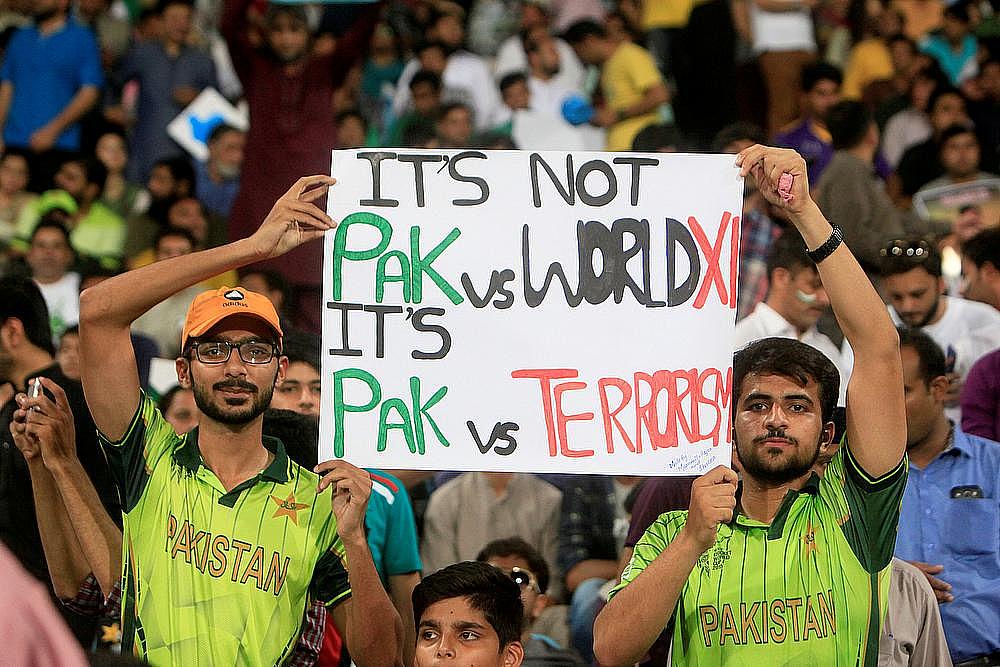