Again, Demetrius ‘Boo Boo’ Andrade defends his WBO Middleweight Title and again, he is unlikely to get the big-name fight he probably deserves. Now 30-0 and still undefeated, a Two-Weight World Champion. Is he the Best Middleweight?

Switch-hitting to an unnatural orthodox stance, Andrade rained uppercuts and right straights through the Williams guard. Williams is sat down towards the end of the 2nd, with a lovely one-two from the southpaw stance. With not enough time to go in for the kill, Williams survives the round.

Searching for uppercuts, Andrade was countering the progressive Williams beautifully, being a constant moving target.

With his legs a bit more under him, Williams slowly rose in confidence, dragging Andrade into a brawl of a fight as the middle rounds wore on.

Andrade, still finding moments of uppercuts landing, was not in his comfort zone. Williams, making it incredibly uncomfortable for Andrade with his constant pressure, was starting to find his feet.

During the 6th, Andrade finally landed some nasty uppercuts and straight, damaging Williams and backing him up. This was all good clean work.

The work rate from Williams was there but there was no clean work to follow. Andrade eventually coasted through the middle rounds, retaining comfortability in the fight, drawing missed shots from Williams and landing his own clean work.

A glimmer of hope for Williams happened in the 9th, hurting Andrade with a right but Andrade smothered the work Williams tried to do. There are weaknesses in Andrade’s defence, most noticeably whenever he steps in with the jab, the right straight is there for the taking. Andrade usually tries to lean out the reach of the punch but he is there for the taking for the right fighter.

Andrade’s pop in his shots definitely withered after being hurt in the tenth, giving Williams a couple rounds in the last few rounds of the fight.

So, who’s next for Andrade?

Post-fight Eddie Hearn of Matchroom Boxing, Andrade’s promoter, sounded the siren for the rest of the Middleweight’s to unify with Andrade.

Jermall Charlo, holder of the WBC belt has a fight slated for a mandatory defence vs  Juan Montiel (22-4-2) on June 19th. Charlo will undoubtedly get through the defence and has before stated he wishes to unify with the rest of the division.

Eddie Hearn even said in the post-fight interview that he is happy for Andrade to not fight on DAZN and go over to FOX to get the fight signed.

With Canelo locked in for a fight vs Billy Joe Saunders on May 8th at Super-Middleweight, the remaining Middleweight is Gennadiy Golovkin.

Supposedly negotiating a fight with Ryōta Murata for December 31st, there is plenty of time in between to schedule a fight with Andrade in the meantime. Although aging, Golovkin will no doubt see Andrade performance vs Williams as an incentive to fight him.

If Andrade wishes to move up in weight, due to the difficulty of the weight cut, either Canelo or Saunders will draw the crowd. Previously being scheduled vs Saunders whilst they were both at middleweight before Saunders tested for a banned substance this fight makes so much sense to reschedule in the future.

Andrade needs a name on his record, he needs the statement name to certify himself at the top of the division. And he deserves it. Jermall Charlo is my choice, they’ve had beef or years so once Charlo comes through his defence in June, both need to sign the dotted line and get the fight done. 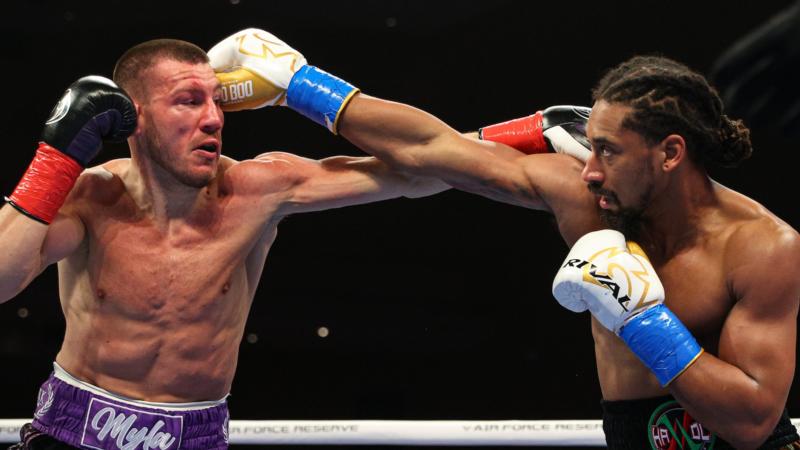