The spectre of the doping claims cast its shadow further over the world of sport yesterday, when the Sunday Times published claims by Dr Mark Bonar that he had helped 150 British athletes and sportsmen, including Tour De France cyclists and Premier league footballers.

Crucially though the paper chose not to name any of the individuals Dr Bonar is alleged to have named during his conversation with undercover journalists.

While that is a responsible act of journalistic ethics from the paper, it doesn’t matter. The recent revelations of wholesale doping by countries like Russia, coupled with the fallout from the FIFA corruption scandal (now compounded by the Panama Papers expose from Sud Deutsche Zeitung and carried by media around the world) means that any further allegations, now being reported in an atmosphere of guilty until proven innocent, will simply add further fuel to the fire.

The resulting flames will also burn all the brighter because it the Sunday Times which carried the torch from which they’ve been lit.

It was this paper, through the Irish journalist David Walsh, that maintained a dogged and seemingly iconoclastic pursuit of Lance Armstrong, a hero during his tenure as seven time winner of the Tour De France, but since disgraced as a serial doper.

As Walsh’s book, Seven Deadly Sins, and that of his friend, and former tour rider, Paul Kimmage, who wrote Rough Ride, have shown, Armstrong was far from the only serial doper and if anything, was merely the most prolific, and successful rider in a field were doping was the new black.

In particular it will cause problems for Chris Froome, whose 2015 victory in the Tour was marred by repeated accusations of doping, as well as having urine thrown over him by one spectator.

While Froome has lashed out at the likes of Richard Virenque, who did use drugs, for tarring him with the same brush, the Team Sky rider, and defending champion, has nevertheless to live with the tour’s toxic legacy.

Doping was not just endemic in the Tour De France and other cycling races, but also historical, going back to at least the 1980s, and more probably the 1950s, as Walsh relates in Seven Deadly Sins.

That riders doped became an accepted practice, and those few who chose to stay clean, as Kimmage did, saw their careers broken by those who elected to take the needle.

At the same time while sports like Athletics have long had a troubled relationship with doping, with countries like the Soviet Union and East Germany doing it on an industrial, state sanctioned scale, there have but also numerous other smaller, but far more infamous examples, of athletes whose performance on the track was possible only through the use of performance enhancing drugs, other sports are now having to come to terms with the reality of their stars choosing chemical paths to victory.

The Tennis star Maria Sharapova is but the latest fallen idol to join this rogues gallery, after she tested postive at this year’s Australian Open for Meldonium, a substance she had taken over several years but was banned in January.

In the light of such developments cynicism becomes the course de jour and protestations of innocence are rendered worthless bait for the self-righteous such as the man who assaulted Froome last year. Worse, each accusation that is proven becomes another link in the chain that is coming to slowly strangle sport.

Nor does it matter that hypocrisy abounds where the various doping scandals are concerned. The French have long had a double standard for dopers in the tour, with French riders like Richard Virenque and Laurent Jalabert forgiven while foreign riders are harried by never ending hostility.

Lance Armstrong was able to use that difference in the way the French treated their own compared to foreigners, as a cover for years, albeit to a smaller extent than his comeback from a seemingly terminal cancer diagnosis and the fairy tale sheen it gave his story.

That sport needs a clean break from all forms of corruption, whether graft or doping, is not in doubt, but increasingly it is becoming clear that this is not something that can be done by any one sport alone. When doping, and graft, have cast their shadows over an increasing number of sports, then every sport, and their governing bodies, should work together to put an end to corrupt practices.

Those found benefiting from them, whether executives, doctors, or athletes, should be banned, completely, from having anything to do with sport, because only when sport, as a whole, can be seen to take decisive action, will the spectre be chased away and those who are innocent finally have a way to provide a lasting, and credible proof. 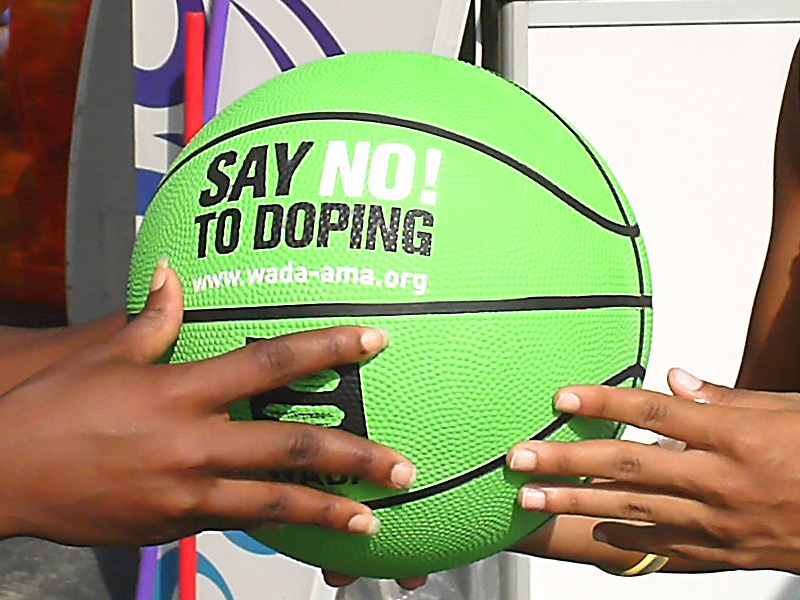