Edinburgh Cricket Club travelled to Kirkcaldy to face Dunnikier Cricket Club in what was a must win for title challengers Edinburgh. The pitch at Dunnikier park had become extremely wet due to the heavy rain that had fallen on previous days, this meant reduced overs and a delayed start were put into place, with the game starting at One o’clock and lasting for a maximum of fourty overs. Dunnikier had won the toss and elected to field first.

Kashif Hussain opened the batting, alongside Zubair Ul-Haq, the opening bowler was Matiullah Safi. Safi started allocated eight overs brightly, conceding only three runs of the first over, as was the case with bowler number two Mohammed Sarfraz. The two batsmen began to form a partnership together, before bowler number three Muhammad Ramzan came on. Ramzan looked extremely poor after he conceded a monstrous nine runs off of his first 3 balls in his first over. Ramzan did make up for this after getting Ul-Haq out due to a controversial LBW desicion. The opening two batsmen had made an impressive 41 runs in 10.4 overs before Ul-Haq went out.

Batsman number three Kashif Parvez now accompanied Hussain on the pitch, but he lasted a measly 2 overs before being bowled out by Ramzan who had picked up his second wicket in his second over. The next batsman was captain Qasim Ashraf, who managed to play a few smart shots and get a few singles. He then hit bowler number 4, Stephen Rowlie for 6, which was his last contribution as he was given out via LBW 3 balls later. Abdul Majeed came in as the next batsman and he created a very good parternship with Hussain. They stayed together for 8 overs, when, in the 28th over Majeed was bowled out by Mohammed Akthar for a total of 14, the third highest, behind Hussain and the number 11 batsman Ahmed. The score was at 82 when Majeed went out, Usman Haider came in, and his only shot of note was an impressive six. He lasted for three overs and then he was caught out by Zabihullah Hamidullah. Mohammed Razzaq came in as Haider’s successor but he went out in the same over, for zero runs. Edinburgh’s collapse began here, the score at 99 when Razzaq and Haider went out. The next man out was Edinburgh’s stand out batsman Kashif Hussain who was bowled out by Mohammed Akthar, for 46 runs. 34 overs had been played, the score was 108-7. Two more men had dropped and the score was only 110-9. Bilal Ahmed and Hassan Irshad were the two remaining batsmen, Ahmed was the standout performer of the two as he hit 18 runs before Irshad was caught out by Hamidullah, bringing the innings to a halt. The score at the end of the innings was 131 all out.

Dunnikier came out to bat extremely confident of a win, but Atif Imran had thought differently as he single handedly dismantled the Dunnikier team grabbing 4 wickets in his first four overs. Stephen Rowley and Zahir Mohammed were the first two batsmen and were no match for the bowling masterclass of Imran, both the batsmen going for a combined score of 2. Tariq Aziz came in at number 3 and was bowled by Imran for a total of 2. Mohammed Ramzan came in at number 4 and was the best batsman Dunnikier had to offer, he stayed in right till the end before getting caught by captain Qasim Ashraf for a lowly 16 runs. Every batsman to come up for Dunnikier was caught or bowled for less than 7 runs, the game ending quickly at a laughable 37 all out 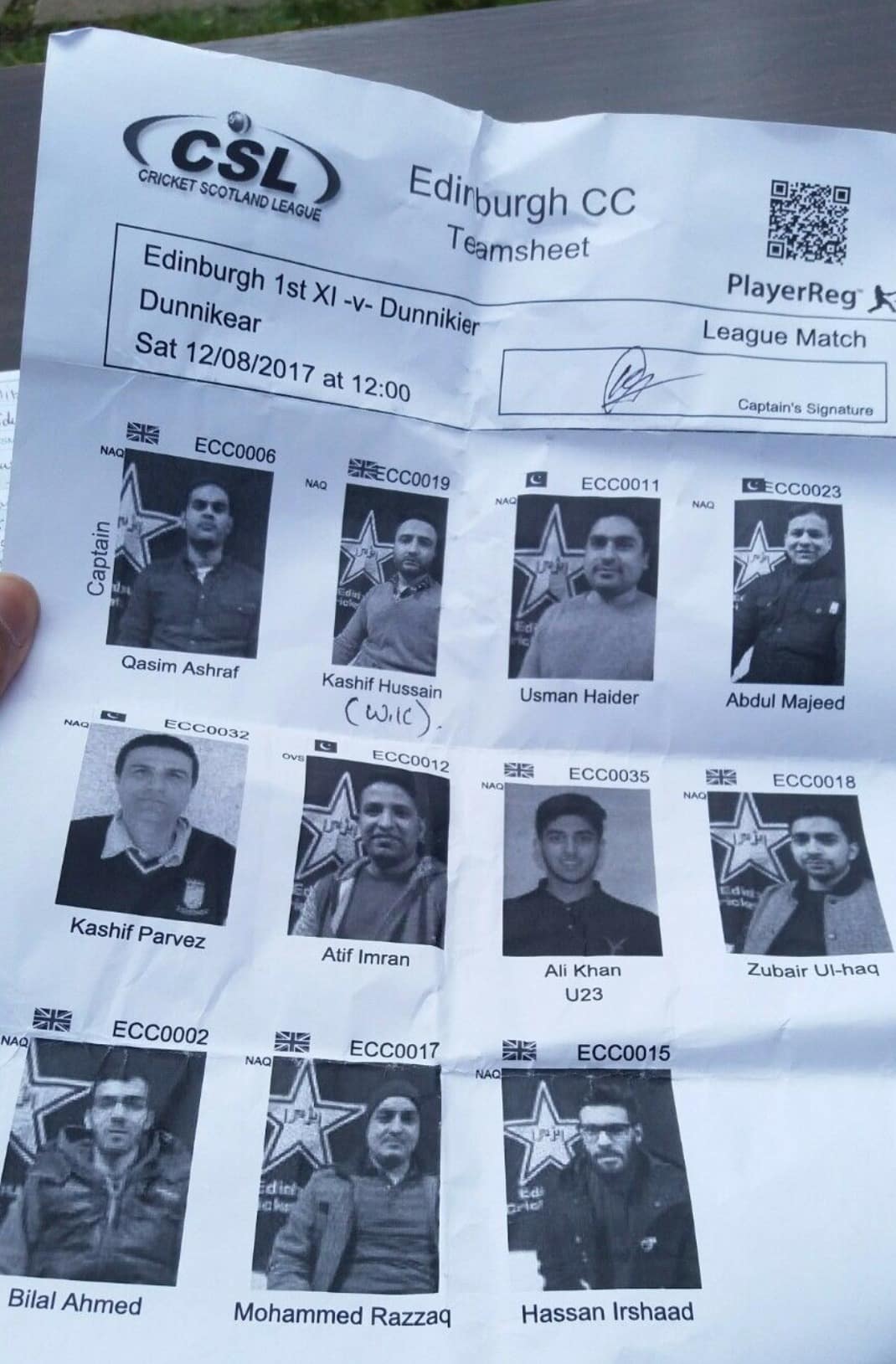