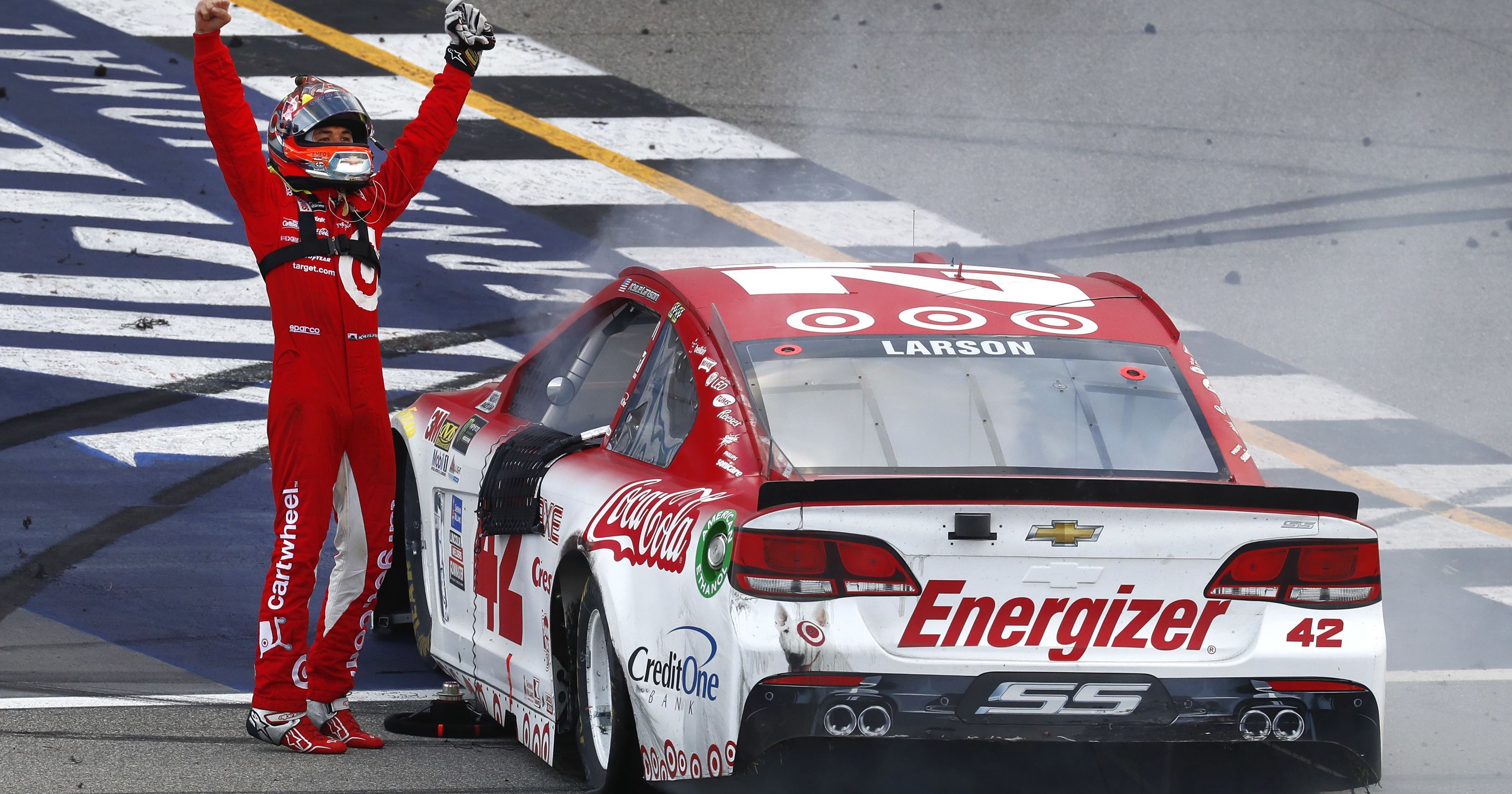 With 3 laps left to spare,Martin Truex Jr looked like he was getting his second consecutive Monster Energy win,that quickly changed as Micheal McDowell spun out colliding with Paul Menard and bringing out the red flag.Larson restarted fourth behind Truex and Erik Jones. As Truex and Jones sped up quickly towards the green flag, Larson got a great jump and jumped in between them when Jones was forced to move low to block a hard charging Matt Kenseth.

As Larson entered the corner to the inside of Truex, he dashed out ahead and led the final two laps for his third-straight win at Michigan. Truex finished second while Michigan native Erik Jones was third,his best finish in Cup Series.The win snaps a three-race stretch of Larson finishing outside of the top 20.Ryan Newman, Trevor Bayne, Chris Buescher, Austin Dillon, Chase Elliott, Jamie McMurray and Kyle Busch rounded out the top 10.

“I was running a few options through my head of what to do if I got a good jump, and that was one of them and it worked out perfect,” Larson said.“I can’t believe that happened. We were struggling all day. We were definitely not as good as the last two times we won here, but we preserved and had a great restart at the end.

Pole sitter Brad Keselowski did quite well in the early going,dominating stage one,leading 56 of 60 laps,he finished 17th on the day.

“It just didn’t come together there at the end, but it was nice to lead a bunch of laps,” Keselowski said. “That was good and something I was really proud of, but I just didn’t have enough to really run with the 77 (Jones) and the 78 (Truex).”

Next Saturday they will run at Bristol for the night race.

has published a new post."Five Spots Amari Cooper Could Land in Free Agency"
3 hours ago

has published a new post."Double Hattrick or Six-peat?"
11 hours ago