Kyle Sinckler bounced back after his shock omission from the Lions squad on Thursday, with a man of the match performance away at Bath today at the Rec.

One among a number of high profile omissions, the Bristol, England and 3 times capped Lions prop was conspicuous by his absence from Warren Gatland’s 37-man squad, with Gatland opting to select Scotland’s Zander Fagerson, Wales’ Wyn Jones and Ireland’s Andrew Porter ahead of the 28 year old Sinckler (capped 43 times by England).

Sinckler played a vital part in the 2017 Lions Tour of New Zealand, where he made significant impacts off the bench in all 3 test matches. With Bristol flying high at the top of the Gallagher Premiership, Sinckler’s omission was a startling reminder that personal form rather than team form counts for everything when being selected for the Lions.

In his post-match interview, when asked about his sides 40 points to 20 victory over Bath, Sinckler responded by saying: “It’s been an emotional week, especially for myself…From a teams perspective, how good you know. First half wasn’t great, and then second half we dug in and showed how much it meant to us and the fans.”

Bristol were bouncing back from defeat at home to Exeter Chiefs in the previous week, and this victory away from home, especially from 15-0 down, will have given Pat Lam’s team a huge lift going into the final games of the season and the prospect of a home semi final.

Sinckler was visibly emotional when questioned about his omission from the Lions squad, replying: “I’m not gunna lie, I’m quite emotional right now. Yeh it’s been tough, it means so much to me…I kind of understand why and the reasons why and I think in a year or two’s time I’ll look back on it and it will all make sense, but obviously at the moment, right now, it doesn’t kind of make sense”.

Sinckler’s public display of emotion emphasises just how special the Lions tour is to a professional rugby player. Having been so influential in the previous tour (which resulted in a series draw), Sinckler would have been desperate to right the wrongs, particularly as the opponents this time around are South Africa. Sinckler was knocked unconscious in the final of the Rugby World Cup against the Springboks in the opening minutes and was forced to leave the field. The combative tighthead prop would have been relishing the chance to test himself at the highest level against the World Champions.

However, all is certainly not lost for Sinckler. With Bristol firmly cemented at the top the Premiership table, and with a home semi final all but a formality at this stage, there will be plenty of opportunities for him to remain firmly in the forefront of Warren Gatland’s mind.

With a number of games left to play, an injury to either Fagerson, Jones or Porter could open the door to Sinckler, who if he can maintain his impressive form, is surely the next candidate in line to take up a tighthead position on the plane to South Africa. With Lions Tour experience already in his locker, Sinckler’s physical prowess will be exactly what is required to take on the Springboks in their own backyard.

Was Sinckler unlucky not to make the 37-man Lions squad? Was anyone else deserving of a spot? Please comment below with your thoughts. 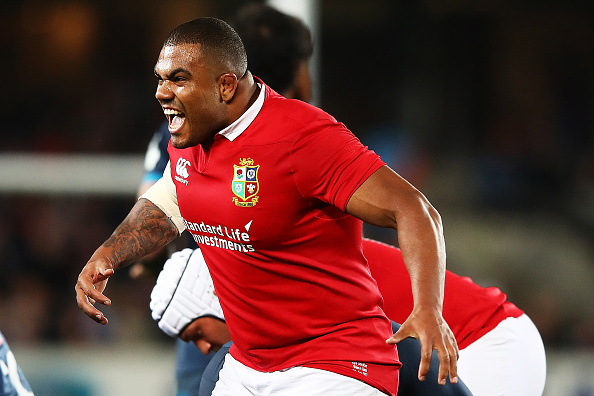