Indulging in some tremendous power-hitting, Jonny Bairstow (124, 112b, 11×4, 7×6) and Ben Stokes (99, 52b, 4×4, 10×6) mauled the Indian attack to help England pull off a 337-run chase with ridiculous ease as the visitors bounced back with a six-wicket win in the second One-Day International to level the three-match series 1-1 at the MCA Stadium in Pune on Friday.

It was incidentally England’s highest winning chase against India in an ODI. England’s brilliance with the bat —which saw them overhaul the target with 39 balls to spare — has now set the series up for a decider on Sunday, the last day of their tour of India.

England did not throw it away like the opening game where they were on a victory path before crumbling down. But on Friday, they capitalised on a flying start provided by Bairstow and Jason Roy (55 off 52) who stitched together a 110-run opening-wicket stand before Roy was run out thanks to a mix up with Bairstow and quicksilver work in the field by Rohit Sharma. “We were bitterly disappointed in the first game with the way we played in the chase, but it was pretty clear that we were going out with the same intent as we always do,” Stokes said after the game.

If India thought they got the necessary breakthrough to make inroads, they were mistaken as Bairstow and Stokes were next involved in a 117-ball 175-run partnership for the second wicket. The duo destroyed India’s bowling blasting 95 off five overs. The Indian spinners were hammered for 156 runs in 16 overs with Kuldeep Yadav going for 84 in 10 overs and Krunal Pandya leaked 72 in just six.

Although Bairstow raced away to his sixth ODI hundred, Stokes was unlucky to get out just one short of the three-figure mark when he gloved a short one from Bhuvneshwar to Rishabh Pant behind the stumps.  England suffered a mini-collapse after that losing two wickets in four balls, with Prasidh Krishna cleaning up part-time skipper Jos Buttler’s stumps with a sizzling Yorker. But debutant Liam Livingstone (27 not out, 21b, 1×6, 2×4) and Dawid Malan (16 not out, 23b, 1×4) added 50 in 41 balls for the fifth wicket to take them home.

Earlier, wicketkeeper-batsman Rishabh Pant and Hardik Pandya smashed 11 sixes between them to help India plunder 126 off the final 10 overs and power them to 336 for six. Playing his first ODI in 14 months, Pant blasted an explosive 77 in 40 balls that included three fours and seven sixes, while Pandya struck a few lusty blows in his 16-ball 35.

The duo built on a solid foundation provided by KL Rahul, who slammed his fifth ODI hundred (108, 114b, 7×4, 2×6) and skipper Virat Kohli, who hit his fourth fifty (66, 79b, 3×4, 1×6) on the trot in international cricket. Batting at No 4, Rahul added 121 in 140 balls for the third wicket with Kohli helping India to overcome the early dismissals of Shikhar Dhawan and Rohit Sharma.

England made three changes to the side that lost the opening ODI by 66 runs, drafting in Dawid Malan, debutant Liam Livingstone and fast bowler Reece Topley. A pumped-up Stokes said after the win that this England side is fearless. “Over the years, we have set big totals, we have chased big totals.

We don’t really fear too much to be honest. We don’t fear any total to be honest,” he stated. India skipper Virat Kohli acknowledged the England batting. “I think we set quite a decent total on the board,” he said. “But I thought they batted brilliantly tonight. 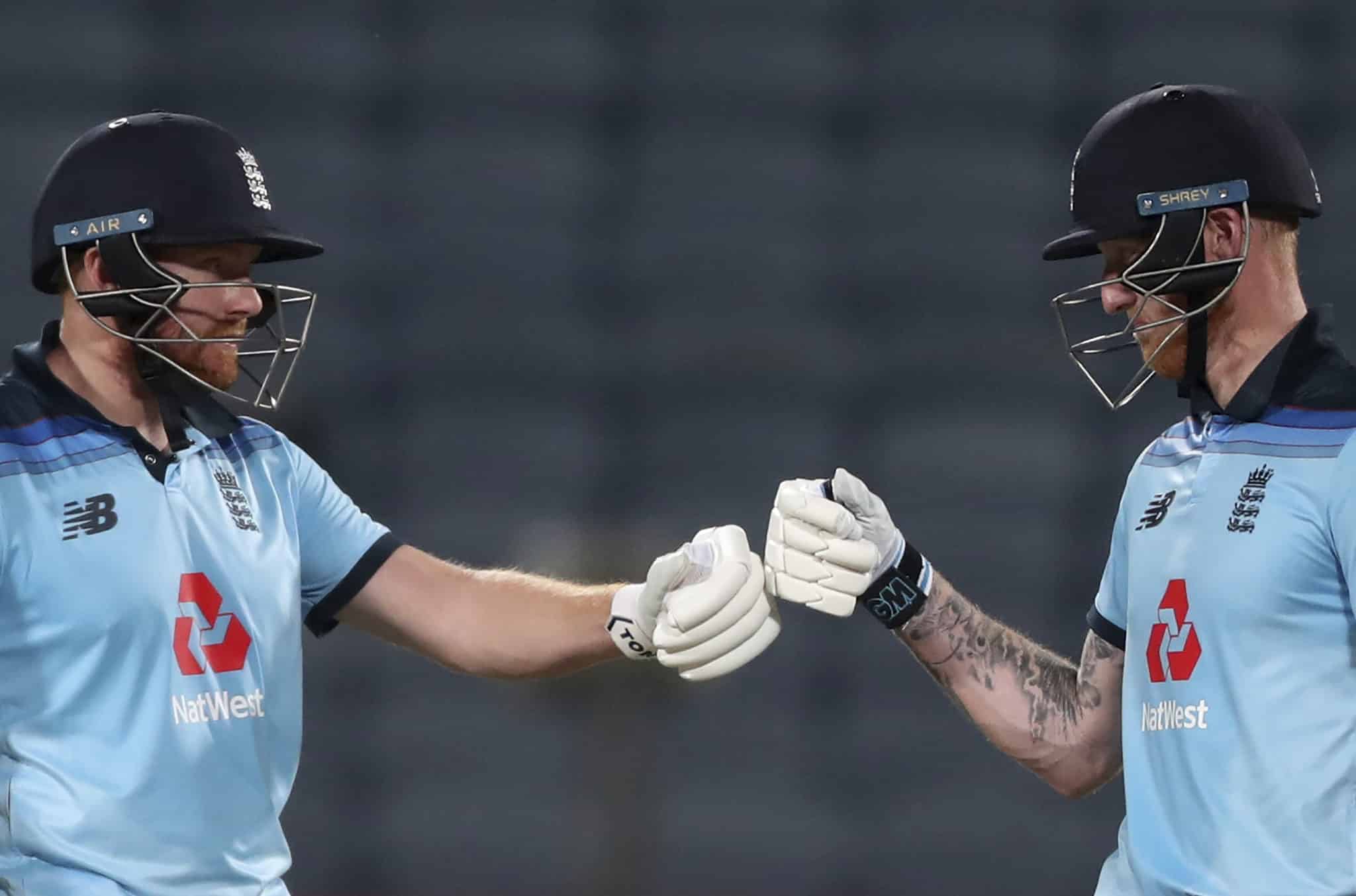