England and Scotland played out a rare 0-0 draw in Friday night’s group D clash at Wembley, bookended by dominance at either end amid a chaotic clash that failed to deliver the goods up front.

England fail to build on a strong start

The game began with an England flurry, John Stones rifling the post with an unmarked header and Mason Mount going close on a follow-up to a Sterling assisted McTominay-nutmeg; at the other end, Jordan Pickford made a good save from a crisp Stephen O’Donnell volley.

Following a first half where the Scots subdued the hosts, the second was theirs for the taking. Lyndon Dykes’s volley was blocked by Reece James on a likely off-target shot, while the lively Che Adams mis-hit from a narrow-angle to see his ball flyover in the 77th minute. Save for an injury-time scramble in Scotland’s box that came to nothing, England barely failed to register a highlight in the second half.

There had been concerns about the starting eleven before this match, and it was another game where the hosts looked bereft of ideas upfront, with their creative outlets Raheem Sterling and Phil Foden stifled, and the proverbial elephant in the room Harry Kane again cutting an inconvenient presence up top. There was limited intuition, with the selected players more dependent on passing around a well marshalled Scotland that may have been more susceptible to pace on the wings through Jason Sancho and Marcus Rashford, and the more imposing presence of Dominic Calvert-Lewin upfront, particularly as the game opened up in the second half.

Yet when Gareth Southgate’s replacements did come, they were effectively like-for-like swaps, as lynchpin Phil Foden was surprisingly taken off for Jack Grealish, who failed to make the anticipated impact on his Euro 2020 debut against a controlled Scottish defence. Rashford did come on, but indirect replacement for Kane was similarly ineffective.

Kane was a listless figure in the game, registering just 19 touches, 11 passes and two shots before being hauled off in the 74th minute. His movement was awkward, dropping back too often to limited effect, while his pace and decision-making were too slow when the opportunity for breaks arose. Much of this England team are still too young for this squad to be classed as a ‘Golden Generation’, but Kane is around the traditional peak age range and these performances are suitably worrying.

Thankfully, the Scots made up for a lack of bite in the game and were responsible for most of its thrilling moments. John McGinn went toe-to-toe with his Premier League rivals and brushed off an early booking for dissent to maintain an intensity that refused England any build-up of momentum.

Scott McTominay and the returning Kieran Trippier brought stability to the Scotland defence after a shaky start and a few errors from McTominay, a man too often uninspiring in a Man Utd jersey. Behind them, David Marshall looked more relaxed following Monday’s defeat, home to a brilliant finish nevertheless predicated on his poor positioning.

This result should provide some tempered enthusiasm to Scotland, demonstrating they can go up against the bigger teams they will inevitably have to face if they can progress from this group in second or third place. The attacking intent to do so is there too, particularly given they next face a Croatia team that failed where Scotland succeeded in matching and surpassing England’s pace. However, the evident lack of quality up top will leave coach Steve Clark with questions going into a must-win game on Tuesday.

What now for England?

For England, this draw brings up familiar questions. Questions of a team of stars failing to meld; of Champions League and Golden Boot winners retreating into a lack of intensity and energy, as admitted by their own player and manager respectively; of said manager Gareth Southgate lacking any tactical fluidity, with a possibly fatal devotion to his underperforming stars. Ultimately, many will be left asking once more if this much-touted side are all that good.

Yet it is also true that this side would do well to avoid finishing top of this group, and in turn avoid facing one of France, Portugal or Germany, where tradition dictates they are sure to crumble. It worked in 2018 to send them through to the World Cup semis, and it could work again here. Perhaps one day England can avoid being drawn into talk of calculated cowardice, but based on last nights performance, that day is yet to come. 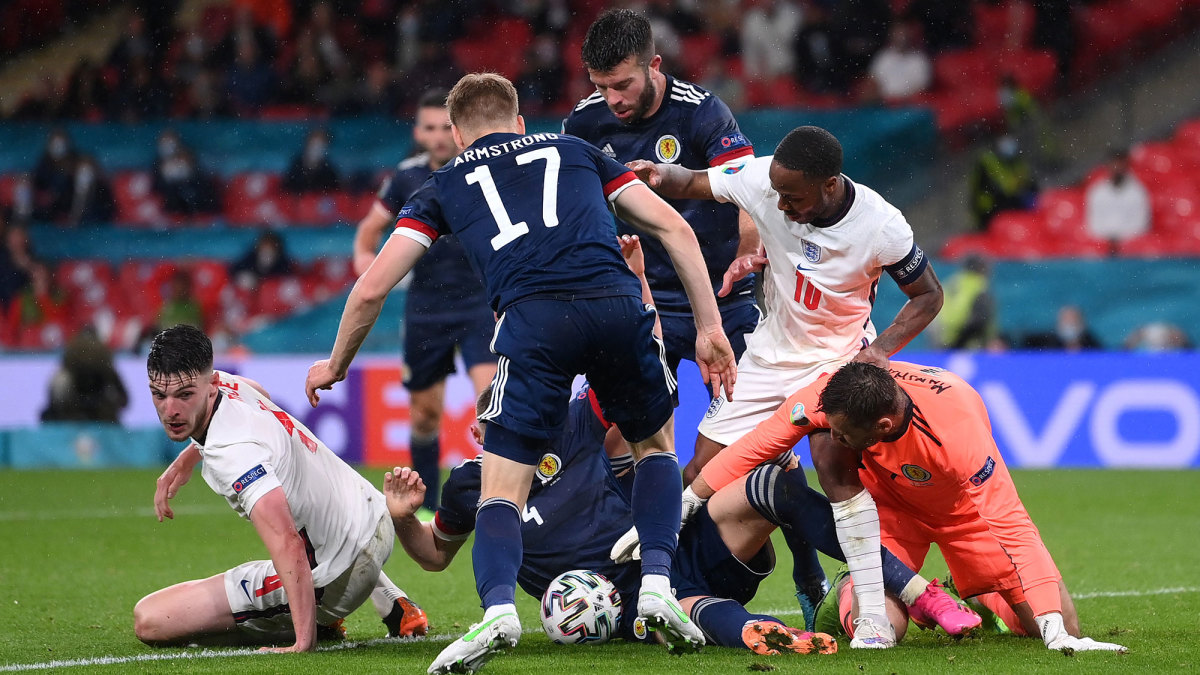