England’s Euro 2020 group opener win over Croatia was a very professional performance from Gareth Southgate’s side they controlled the game in a composed and smooth manner, we witnessed some stand-out individual displays from players such as Kalvin Phillips and the goalscorer himself Raheem Sterling.

Gareth Southgate’s next challenge is facing the neighbours in long-standing adversary Scotland at Wembley, it’s the rebirth of the oldest rivalry in international football and both sets of fans are eagerly waiting for the classic match.

England comes to the game as heavy favourites as they beat the 2018 World Cup finalist Croatia 1-0 at Wembley in Matchday 1 of Euros. On the contrary, the Scotlands were comfortably beaten by the Czech Republic side in the match we saw two sensational goals from brilliant on the day striker Patrick Schick.

Recent History also speaks against the Scots as they have not beaten England since 1999 but they should take inspiration from that 2-2 World Cup qualifying draw at Hampden park 4 years back. It was a thrilling game of football when Harry Kane rescued a dramatic point for the English side after Leigh Griffiths scored two delightful late free-kicks to put Scotland ahead.

Another fixture that springs to the minds of the English faithful are the one at Euro 96 which became famous for two very iconic moments that David Seaman’s penalty saves and Paul Gascoigne’s legendary flick goal to make it 2-0. That very well proves that anything can happen in this fixture.

Analyzing Scotland’s last game against the Czech’s it wasn’t that they were poor on the day, they weren’t just clinical enough in front of goal and were beaten by individual brilliance from Patrick Schick. They took more shots, had better Xg, and created more quality chances than the opposition. They were playing some proactive and progressive football, it’s not wrong to say that they were the better side of the two.

This all suggests that this fixture might seem an easy one on paper for the Three Lions but it’s far from that.  The Scots are very capable of winding those smiles on English fans’ faces and will be awkward for England to face.

To make the fixture more enticing there will be a lucky crowd of 22,500 fans present at Wembley to embrace this Showpiece event between these arch-rivals.

Gareth Southgate had already lost one player down to injury ahead of their Euro 2020 campaign, with Trent Alexander-Arnold pulling out of the squad, and now to join him is Man United Goalkeeper Dean Henderson, who has been forced to withdraw from the squad due to a late hip problem.

Sheffield United Goalkeeper Aaron Ramsdale has joined the English setup as an Emergency replacement to Pickford and Sam Johnstone.

Southgate confirmed in the pre-match presser that Harry Maguire has trained all week without any setbacks or reactions to his ankle, The Man United Captain hasn’t played a single minute of football since he picked up an ankle ligament injury in the 3-1 victory over Aston Villa back in early May, so it’s fair to say that Southgate will not risk him here.

Southgate may well replace Trippier with Shaw or Chilwell to have that added attacking presence upfront other than that it’s highly unlikely that Southgate might ring up any changes to the Starting XI against Croatia until some emergency occurs. So the onus will be on Scotland boss Steve Clark to shuffle the pack and try to bring out the best available at his disposal.

Clark earlier confirmed that Kieran Tierney has recovered from his calf injury but is “touch and go” for the England game, this suggests Liam Cooper will get a nod again in the left-sided centre-back role.

Clark has also backed right-back Stephen O’Donnell who failed to impress the other night against the Czech’s. So, he may well keep his spot in the starting XI.

Though I was not entirely convinced by England’s formation in the last game against Croatia I found us a bit too defensive and disjointed when on the attack, While this all was overshadowed by a brilliant performance from Rice and Phillips at the centre of the park.

Between the sticks will be Everton goalkeeper Jordan Pickford, who was less troubled by the Croatian attack in the last game.

In central defence will be the partnership of Mings and Stones, they looked a bit shaky at times but did a decent job keeping the Croatian’s at bay.

At full-backs, I personally would go with Shaw and Trippier, I don’t think playing a Right-sided player at Left-back helps anyone. Also, it limits us going forwards. We need to feed Kane with balls into the box for that we need decent crossers of the ball. Therefore, Shaw would replace Walker who was poor in the last game.

The Midfield Double Pivot will be composed of Kalvin Phillips and Declan Rice, who worked brilliantly in a double-act and were running the midfield at Wembley last time.

Supporting Harry Kane upfront would be the trio of Sterling, Foden, and Industries Mason Mount. Sterling showed his quality the other day, he’s brilliant at getting behind the defences with his bursting pace over 10-20 yards.

Harry Kane was a bit anonymous in the Croatia game up until he got that assist. I don’t think playing with Sterling complements him much.

Steve Clark Galvanized this Scotland side over the last couple of years. Going into the game there’s real optimism in Scottish camp that they can get something out of this game.

Kieren Tierney and Andy Robertson are two important players, but they don’t have the quality in the final third with Lyndon Dykes failing to score against the Czech Republicans.

In goal would be David Marshall who made some brilliant saves in the Czech Republic game to keep Scotland in it.

The major change comes in midfield where McGregor replaces Stuart Armstrong, we’ll see McGinn taking those advanced positions to have a more effect on the game. The other change is up front where Southampton striker Che Adams leading the line.

Scotland will play with valour in their strides and will work their socks off to get the equalizer after Foden opens the scoring, they will eventually get one through Ryan Fraser late in the second half and towards the very end, a Harry Kane header would snatch a point away from the Scotsman.

Do let us know your predictions in the comments below and for updates join us in the Forums section. 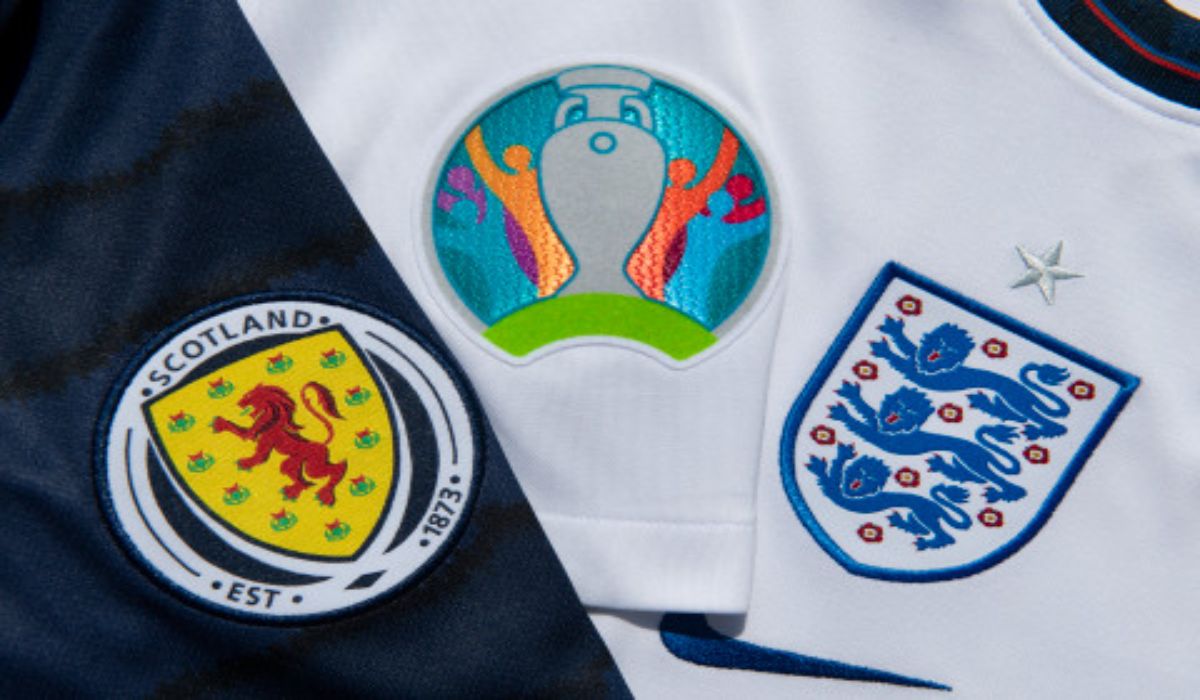