The 17th edition of the Women’s World League will come to a conclusion tomorrow as tournament favourites USA take on Europe’s highest current ranked team, Hungary.

The final between the two countries will be the last game of the six-day tournament being held in the Greek capital, Athens. The game is available to watch live and free in selected countries at 20:15pmCET via this link.

FINA Women’s World League: USA Through To Another Final After Trouncing Russia (worldinsport.com)

The route to the finals for both teams has been drastically different. On the one hand, the USA remain undefeated this week picking up some big results to match some formidable performances, notably an 18-9 schooling of Spain as well the hugely convincing 17-8 win over Russia in the Semi-Finals. On the contrary, Hungary lost two of their preliminary games against Russia and Canada, finishing third in Group A.

The puzzle that Hungary will have to solve is how to beat such a free-flowing team that has immense quality throughout the team. In attack, the Americans have so many sources of inspiration. On the goal-scoring front, several players from the perimeter are into double digits for the tournament: Madeline Musselman (15), Stephanie Haralabidis (13), Rachel Fattal (12) and Maggie Steffens (12), whilst their strength from centre-forward is equally as impressive with Melissa Seidemann, Aria Fischer and even Alys Williams – who has it in her repertoire to set the pit. In defence, the team press is relentless from the North Americans but even if it is beaten, the imposing Ashleigh Johnson is challenge enough for any shooter in women’s world water polo.

But Hungary have their own arsenal of quality and finesse that means the USA cannot afford to be arrogant going into the final. The team in red, green and white have players of real danger to the Americans if they get going. The obvious threat that Hungary pose comes from their 29-year-old captain, Rita Kezstheyli – who has scored 17 goals in 5 games so far in the competition. Furthermore, we spoke of the power the USA possesses when feeding the ball to the centre-forward, but Hungary are equally as clinical when working the ball to UVSE’s Rebecca Parkes, who has scored nine from the pit so far this week. In addition, if Hungarian keeper Alda Magyari is on the top of her game, she may just give her side a fighting chance. The 20-year-old Dunaújváros keeper has already won player of the game twice this week for the Hungarians, with her outstanding performance coming against Spain.

In spite of whatever the result will be, this week’s tournament has been vastly exciting, with some tense games and really high-quality performances. It is heartening to see that water polo is being enjoyed around the world, and not just in Europe, even in spite of the USA’s dominance. The final will hopefully be a gruelling contest that is entertaining for spectators and memorable for the players. 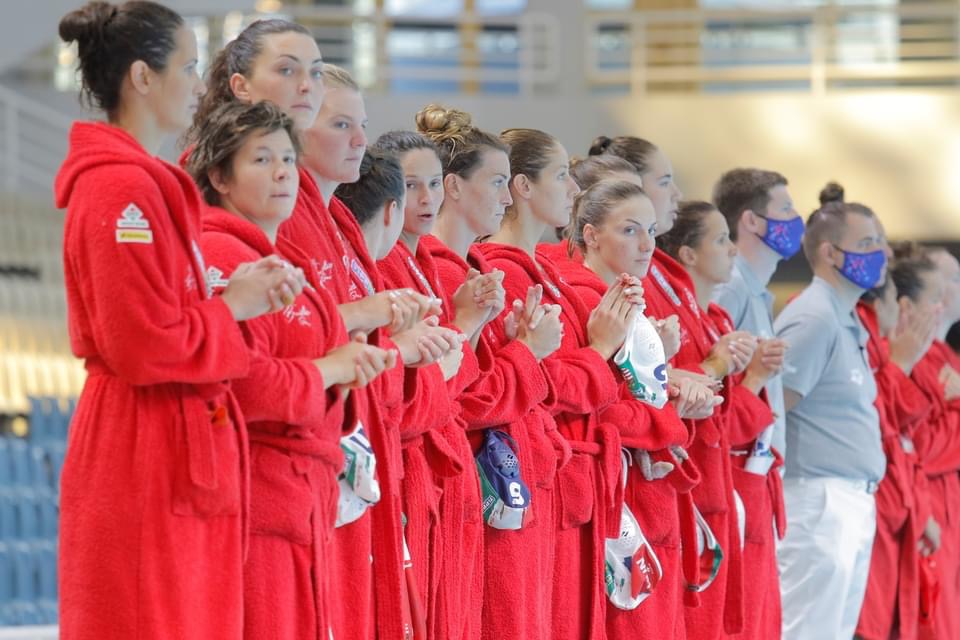